Looking out of my window here at Castle Codd, it is plainly obvious in the breezy golden light that Autumn is here. The crunch through the first few crisp leaves has been a feature of our walks to nursery on this first week back. These […]

Someone on Twitter put it so wonderfully when they said ‘this is what happens when your interests collide’. My ‘raindrops and roses and whiskers on kittens’ are knitting, fossils, manatees, trilobites, unicorns and rainbows (I maintain that I loved these last two long before they […] 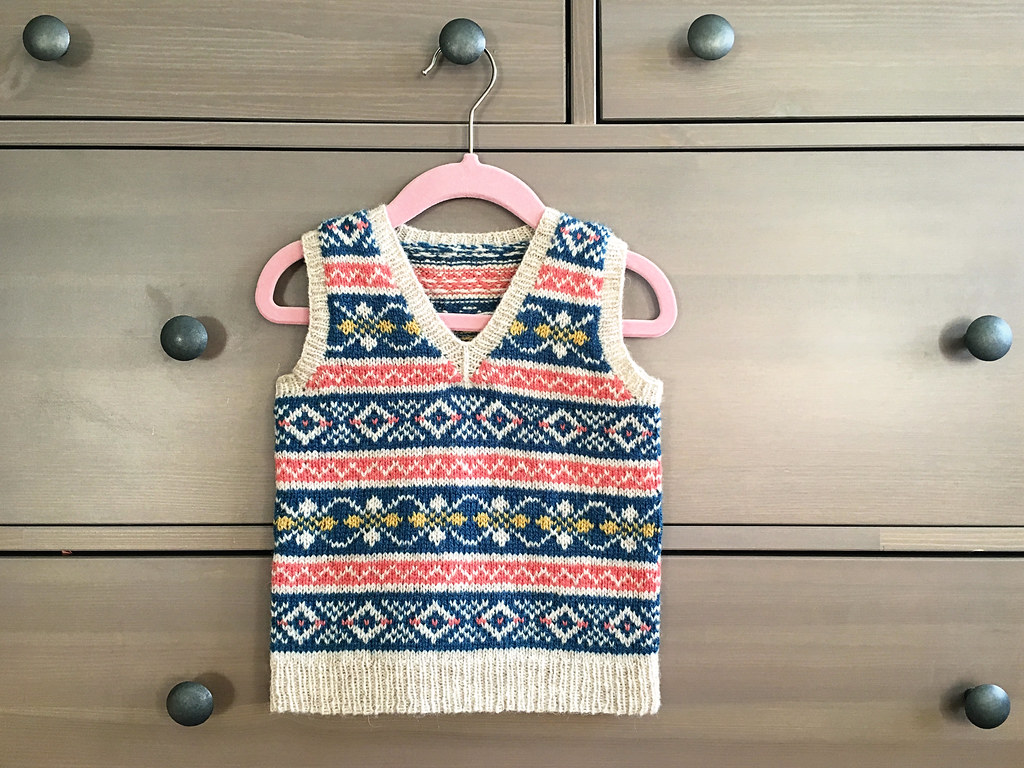 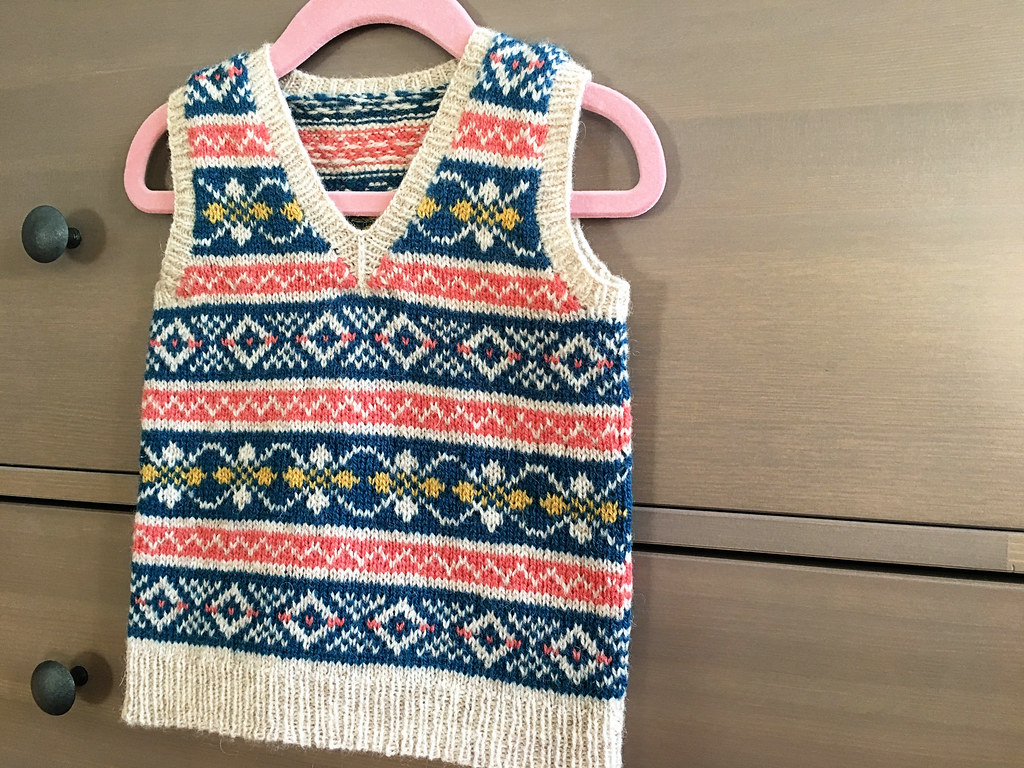 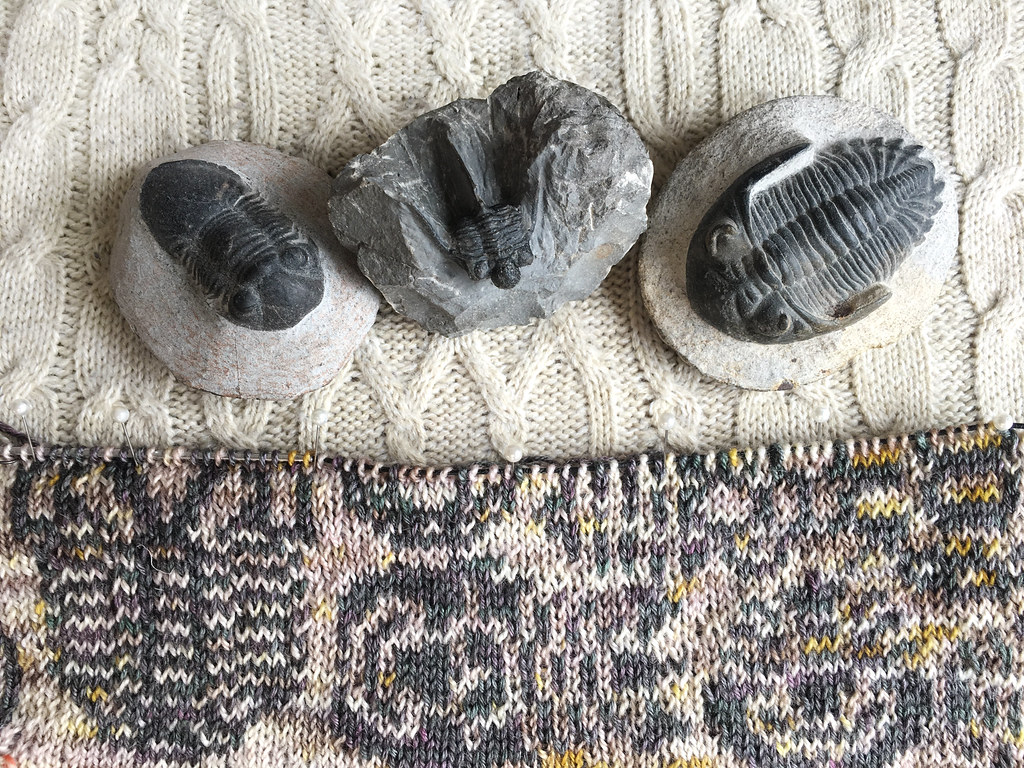 I am pleased to be able to release my latest pattern, Morganite, a design that has been a long and meticulous time in the making. Named for a complex but robust gemstone, Morganite is the perfect hat project for combining a number of simple knitting […]

I’ve been knitting away at the test knitalong for my latest design and have happily drawn together the last few crown stitches, woven in the ends and added a pompom for my own project. A wonderful and lovely team are currently in the process of doing […]

We are at the height of the British summer, therefore it is of the upmost necessity that a toddler’s wardrobe is kept fresh with snuggly knits as the sunshine can turn on its heel at any moment and leave your wriggly little best bud shivering.

I picked out Tincanknits’ Goldfish cardigan for a quick knit in a speedy DK yarn, feeling that now he is past his baby stage, my little boy would not feel too swamped by something heavier than the 4-ply and sport weight knits of his babyhood. The fish motif of the colourwork is a cute nod to our family name and it was a nice opportunity for me to knit a round-yoked sweater, a form of construction I’d never tried before. 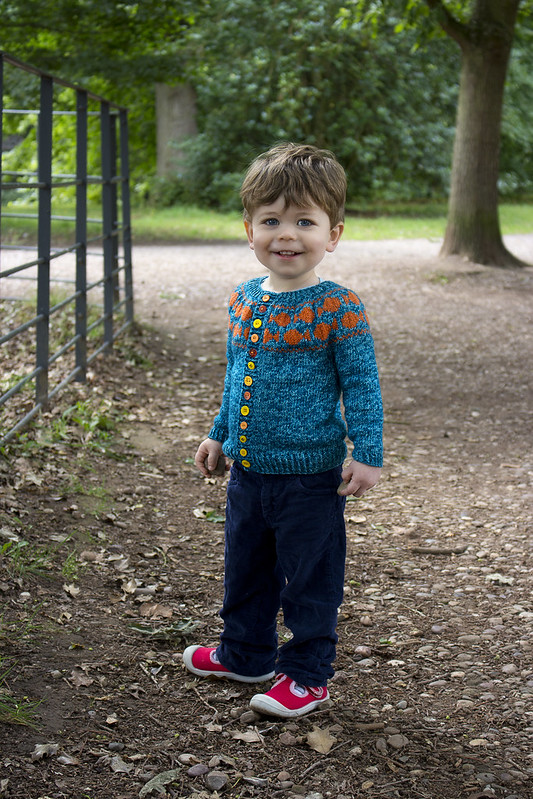 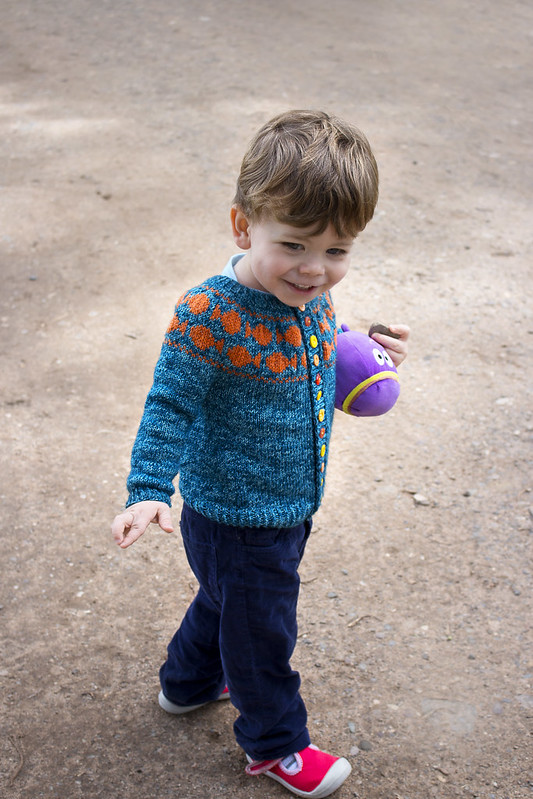 I made a couple of small modifications to the pattern, specifically changing the 3×1 rib to a 1×1 twisted rib on neck, cuffs and button bands, and omitting the bubble cable at the hem for the same 1×1 twisted rib. I wasn’t entirely sure of the look of the bubble cable as it seemed to flare slightly on some of the finished projects on Ravelry, and the classic rib looked a little more masculine and allowed the attention to be held firmly by the yoke. Oh and by those buttons…

The buttons are an absolute joy, as they look like a rummage through my grandmother’s button box whilst looking for the best jewels. In reality I do not have anywhere near a rich enough button collection to be able to pull out such a range of oranges and yellows, but I found a wonderful eBay seller of mixed buttons that has for sale bags of sorted colours and mixes, and so took a gamble that 50g bag of the ‘Oranges and Lemons’ mix would have enough appropriately sized buttons to put this quirky finishing touch to the cardigan. The idea to use the mis-matched buttons came from the original pattern pictures of the Goldfish pattern page, and is a colourful point of interest on the cardigan without detracting from the knitting itself. 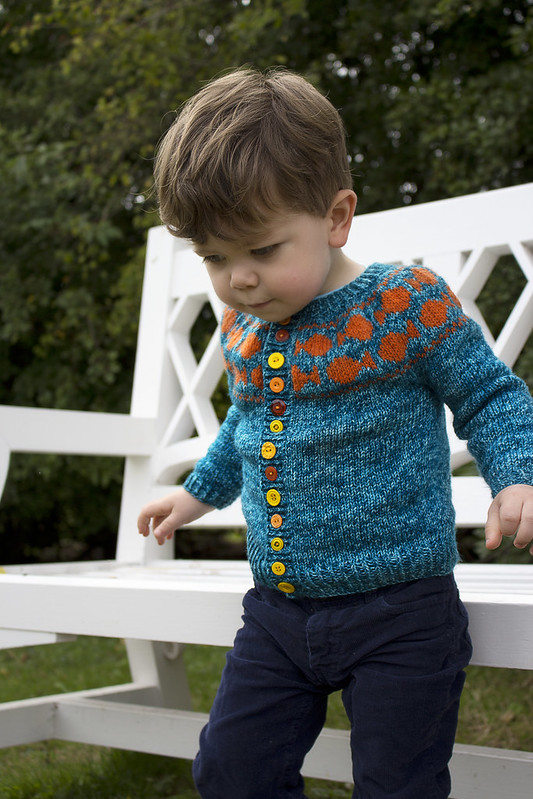 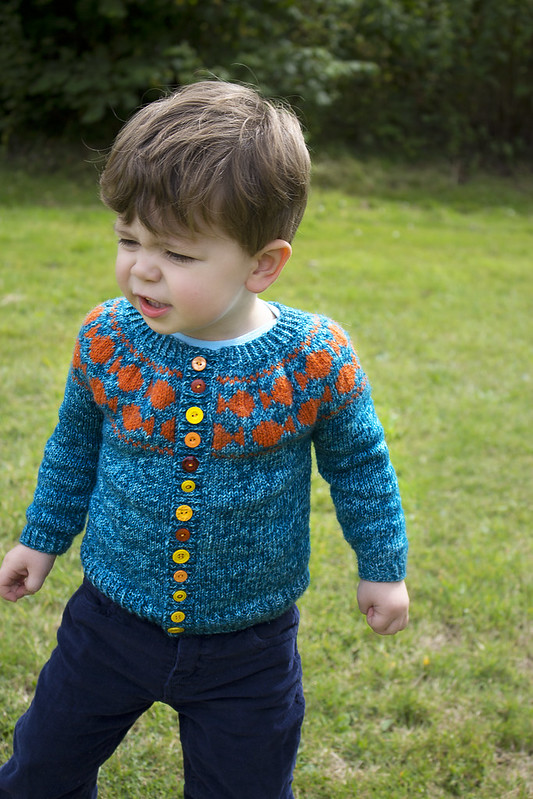 I did move the buttons slightly further apart than on the pattern original, working the buttonhole band as so, over 81sts, or a multiple of 6sts +3, picked up:

My reasoning was that toddlers are basically like hyperactive eels, and getting them dressed in something more complex than a blanket requires the forward planning of a chess grandmaster, and the dexterity of one of those American teenagers that have dedicated the years of their youth to stacking plastic cups in a pyramid formation at supersonic speed. My son has worn his new cardigan once, and I left the buttons done up and threw it over him like a sweater as he was running by me, arms flailing like he was fighting off a swarm of angry bees.

I love this cardigan. The fit is perfect for his little toddler-bod, and it was a quick project to knock out on a few days. If I were to knit it again I would possibly make some minor tweaks (perhaps tweaking the colourwork design ever so slightly so that there were not so very many rows between yoke increases so that the yoke lay a little flatter) but these would be small preferential details more than changes, as this cardigan is as cute as a (dozen or so) button(s).

I hope to be able to whip up at east a couple more knits before autumn, so if anyone designs, knits or sees something especially cute with a pattern available in a 2-3 year old size, please do think of me and drop me any suggestions here or via the wonders of social media! 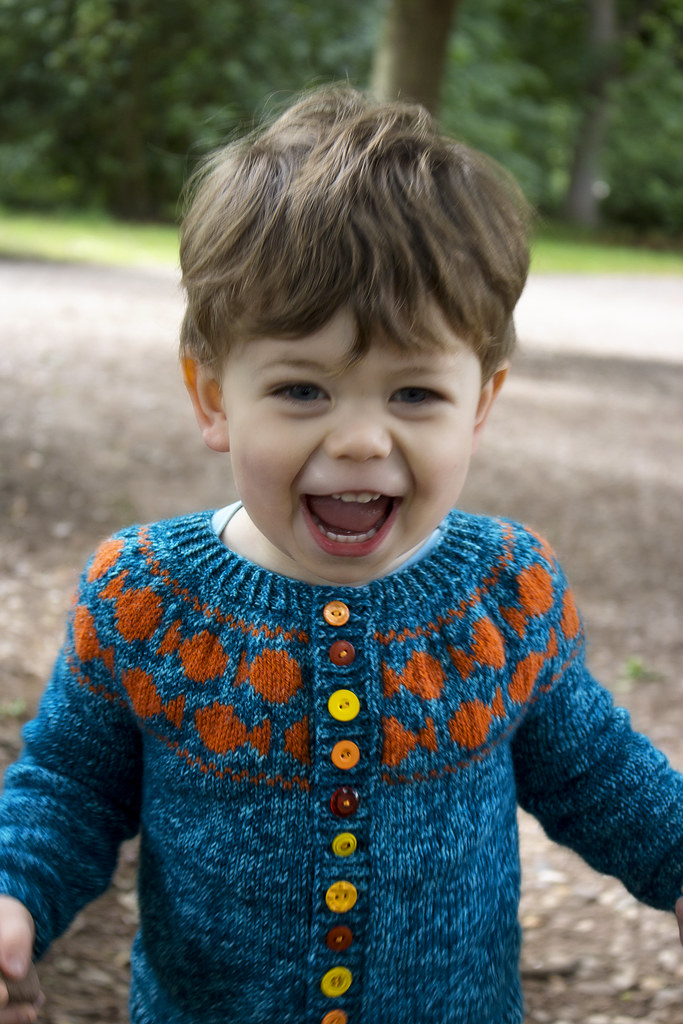