Someone on Twitter put it so wonderfully when they said ‘this is what happens when your interests collide’. My ‘raindrops and roses and whiskers on kittens’ are knitting, fossils, manatees, trilobites, unicorns and rainbows (I maintain that I loved these last two long before they …

Some time last year I decided to knit my little boy a new tank top as anything I had already made for him was so very quickly grown out of. I decided to design the tank top with trilobite motifs, simply as a challenge to … 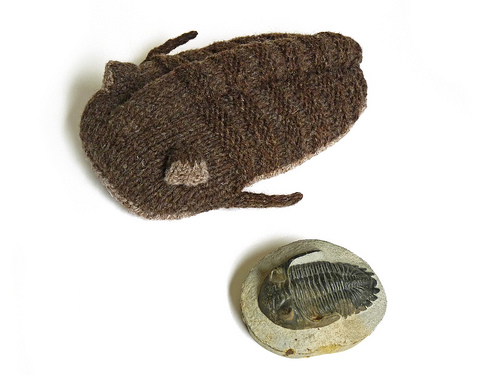 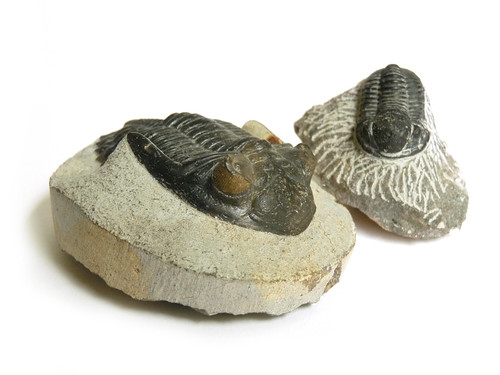 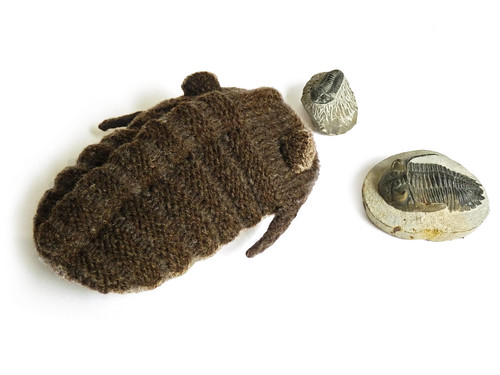 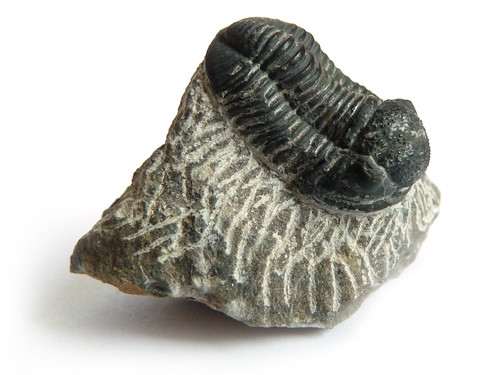 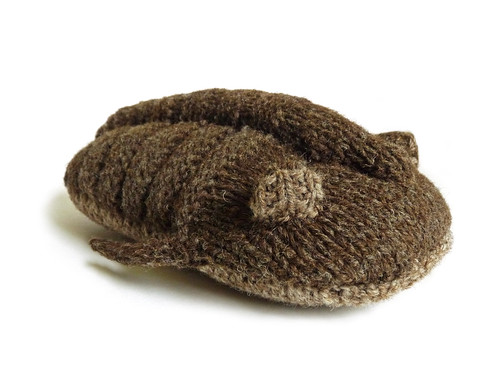 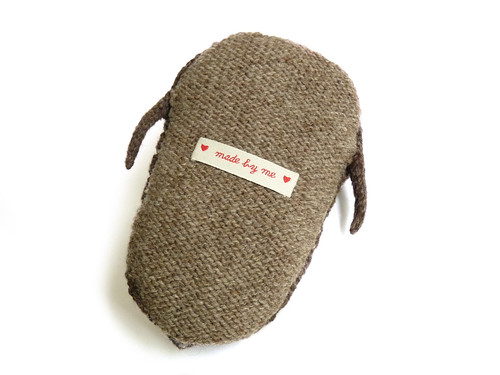 WIP: Trilobite Art And A New Acquisition Of Geek perfection

Yesterday I realised a childhood dream and am finally the proud owner of my very own trilobite chum. He may only be just over an inch long, but Bob outranks you in age by around 400 million years. I’ve always wanted to own a trilobite …

I was quite surprised when the first comment on yesterday’s post about my latest cross stitch project included the line ‘Eee, I see a trilobite outline’. Indeed you do, Carla, and I am impressed with your powers of recognition! You really should play me on …

Animal Crossing: The Most Important Videogame In The World

Videogames are not usually what I would write about, but as I am having trouble finding words for the other facets of myself at the moment, I thought I’d write about something so happy and pure that it really has made a huge difference to my life: the video game Animal Crossing.

A new iteration of the game, for Nintendo Switch, is due to launch on March 20th. That’s 22 days away, and yes, I am counting. This new, shiny version of the game looks absolutely wonderful, but to understand why it’s approach gives me joy in what is otherwise a difficult time for me, I am going to take you back to the year 2002. You could have made a fully grown adult in the time that has passed since I fell in love with my first little town.

In 2002 a friend on a videogame forum told me that there was a game coming out that I would definitely like, and that it was called Animal Crossing. My friends knew my gaming tastes pretty well, so I decided that I should get hold of it. A problem arose in that it had until then only been available in Japanese, but was due to have a release in the US, in English. Unfortunately Gamecube discs were region locked, so would not have played on my EU Gamecube. But there was a workaround. I had something called a Freeloader disc, a tricky little disc that you could pop into the Gamecube, fire it up, select on screen the region of the disc and the region of the console you wanted to play it on, swap the disc for the game disc and through some magic it would work. I had used it for many games before, and so I had no worries about importing a copy from the US.

The day it arrived I was really excited. I did the Freeloader trick, but it didn’t work. No worries, I was overexcited and I must have done the steps wrong. I tried it again, and still couldn’t get it right. Friends, I tried that disc 20 times, hope drifting away with every attempt. You’d have stopped at about attempt five, right? Not me. I tried a 21st time and wouldn’t you know but the darned thing worked.

So I sat with my little 14″ CRT and got the train to my new town, met Rover the cat and made myself a little home. And I played for 14 hours. Straight. I’d never done that before. My little square eyes at the end of it probably had little hearts emblazoned on them, because the game was pure joy, but the truth was, I was scared to turn it off. Yes, the game said it was saving, but after the trouble getting it to load, did I believe that? Would I even ever get it to play a again? I did. It loaded first time, every time after that, so maybe I had been doing something wrong in my overexcitement that first day.

Importantly, the game brought me joy. You may be familiar with the game series, but if you are not let me tell you that the game is the most gentle, colourful, relaxing game I know. There is no storyline. There are no objectives. You do you.

You get a little house. You meet your animal neighbours, if you want to. You might plant some flowers, collect some fruit, sell a few seashells, buy (or even design) some new clothes. Maybe you go and catch a few bugs or go fishing for some exhibits to fill the museum. Maybe you write a few letters, or decorate your house with new carpets, wallpaper and furniture. Maybe you dig up a few fossils? It’s up to you. The game runs in real time. So 8am in your world is 8am in game world. Friday 20th March in your world is Friday 20th March in the game world. The seasons follow the ones outside your window (well, in the Northern hemisphere they did, though finally there is Southern hemisphere seasonal accuracy in the upcoming Switch game).

It was a perfect little life where everything was bright, and happy, and full of humour, and it was a bit of an escape from a life that wasn’t. The same way you might immerse yourself in books, or films for escapism, this game just took me somewhere nice, and where I was author of my time there.

There was room for four people in my little town, so I made a little character of my grandad, and sometimes I’d take my little grandad character around town and dig up a few fossils, pull a few weeds, send a few letters to my ‘me’ character. Silly things.

I played this videogame for years. It came out in Australia, which made it a PAL disc, and eventually in the EU in 2004. I filled my museum with dinosaurs. I made so many little animal friends, each with a little comical personality. I played for years more.

Things in my life were up and down, and sometimes more down than up. My grandad got ill, and I was quite depressed at both that and a relationship with increasing difficulties. For me my grandparents were safety, and unconditional love, and realising I would not have that forever, and that I was seeing more of the bad side of people with the years that passed, I found myself in a bit of a bad place. And then my grandfather died. I’ve never really got over it. He was 97 or 98. How can I not know how old he was? I can’t even remember the time of year. I have wiped it from my memory. Actually, I seem to have self-erased a whole chunk of time for the most part, but what I do remember is just finding peace in this one videogame.

You could only have one character ‘active’ in that Gamecube game. So I would set off from my house, and do a bit of weeding, gather a few flowers. I kept my grandad’s garden pristine. I planted pansies, because they were his favourite. I absolutely surrounded his house with pansies. And I’d go into his house, make sure there were no bugs scuttling under the sofa, and keep the place just so. I’d go upstairs, and there he’d be, tucked up in bed, soundly sleeping with a gentle smile on his benevolent little face. I’d just stand there a while. Then I’d go off and have some fun. I’d always write him a letter in the game, every day. Sometimes just a hello. Sometimes I’d tell him I missed him. Sometimes really bad things happened in my life and I just couldn’t find the strength to tell anyone, so I wrote and told him. I visited the museum and examined every fossil. ‘Donated by grandad’ fossils were my favourite. Grandad found the trilobite.

I know other people have found little moments of connection in Animal Crossing similar to this, so I am not alone in that it has helped me navigate my grief.

Further iterations of the game have since been released (DS, Wii and 3DS) and I have played them all, and they have helped me to find some peace and escapism through the toughest times of my life. I have talked about my problems, fought them, overcome them, but some times I have just needed a bit of a break, and when I have, this bright little game has just been there. I had another world where I could go instead.

So, I hoped for a WiiU game, which never happened. When the Switch was announced, I checked every week to see if a new Animal Crossing would be announced, and it never was… until the day it… was! In September 2018 an Animal Crossing game for Switch was announced. That day, I bought a Switch. The game was supposed to be out in September 2019, but had a six month delay to give the people working on the game more time to deliver the best experience, and now it is out three weeks tomorrow, I am ready for boarding.

So, if you have seen me post strange or confusing little messages or pictures on social media, this is almost certainly what they are about. I’m ready to once again make my tiny world, and in that tiny world I shall just have a little time where I am not ill, and I am not scared, and I can dig fossils and make a little place for me that is always bright and never hurts.