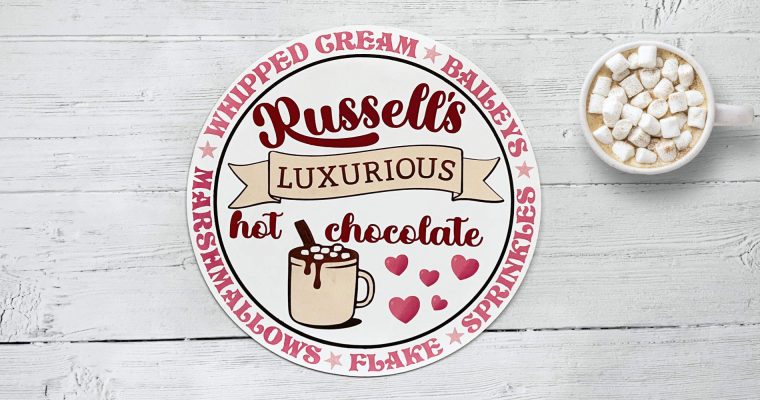 I’ve finally finished the last of the Christmas projects. This one was a bit of a hangover project that ran into January. It was supposed to be hung with he rest of the Christmas decorations: this one on the kitchen cabinet above where Russell usually makes the hot drinks, but it was pushed out of the late preparations when we found out that our intended guests had tested positive for Covid just a few hours before they were due to arrive to stay with us.

Because I am a planner, I had organised everything surrounding the days that my in-laws were due to be staying with us, and all of the activities and pastimes were specifically planned around the fact that there would be five of us, so when the news of illness struck it meant two things; firstly that I could relax a bit, as usually our Christmases are a lot more organic and easy going, but also that the diversions I had put in place to pass the time would largely no longer work, as many were things that simply didn’t translate to a party of three. So, once we found out, all of the bustle stopped, and I started just gathering the threads of a much quieter Christmas together back into a bundle, and the last minute touches, such as this sign, were pushed back until after the festive period, when school and work had returned, and everything was packed away for another year.

Now that everything has returned back to a normal January, I wanted to actually make the sign that I had planned, so that it didn’t get consigned to the imaginary pile of projects that never got made.

I had already cut the stencil before Christmas, so simply had to do the actual painting. Somehow, all of the discoveries and techniques I’d been using before Christmas completely escaped me when I sat down to paint.

I forgot to go over the stencil with a coat of the base colour (in this case white), before applying the colours for the design. The base coat seals the stencil edges so that paint can’t creep and feather under the stencil edges. Luckily I realised my mistake before completing the painting, but I had already painted the circumference text. You can see the difference that the sealing coat makes when compared with the far crisper text on the right.

Luckily I don’t think it ruined the sign overall, and just gives a slightly fluffy look to some quite fluffy sounding words in a very fluffy colour, so I’m happy to let it be.

If I were to remake it I’d probably change a few things. I’d probably swap out the cream colour for a pale sage, or a duck egg blue. I’d also try to avoid many of the mistakes I made with my painting order (which left the marshmallows and inner part of the handle painted in the dark cream colour other than white, and which required painting in afterwards, but overall I am happy with it and I am sure that all of the mistakes will be less apparent when we pull it from the decorations box in a year’s time.