Getting Ready To Learn Something New About Helical Knitting

The third single-focus, deep-dive technique book by the Arnall-Culliford team is about to land with knitters in the form of a new eBook about …Helical Knitting, and the project promises to be pretty exciting.

Following soon behind the release of the new Something To Knit With Aran yarn range, The book utilises this easy-to-handle yarn to explore the perhaps underused technique of helical knitting. If you’ve knit either of Jen’s Spiralling Socks designs or the Hyacinthus Armwarmers, that I knit last year, then you’ve knit two stripes helically already. There are but a few other patterns that make use of this technique, and this new publication seeks to bring it further into the spotlight, and to embolden knitters to use the helical technique not only for striping, but for stitch pattern and construction purposes.

Ok, let’s step this back to basics before we lose ourselves. What is helical knitting, at it’s most basic? Well helloooo, if I don’t just happen to have a nifty diagram to show you (ultra nifty, because no other than yours truly designed the helical knitting diagrams for the book). It was a great project for me, firstly because it was my first ever commission for design work using Illustrator, which made me feel great, but also because it really gave me the opportunity to actually explore the concept of helical knitting in a very bold and graphic way, which is really what settled the concept, construction and (dare I say) possibilities of helical knitting into something clear and definite. 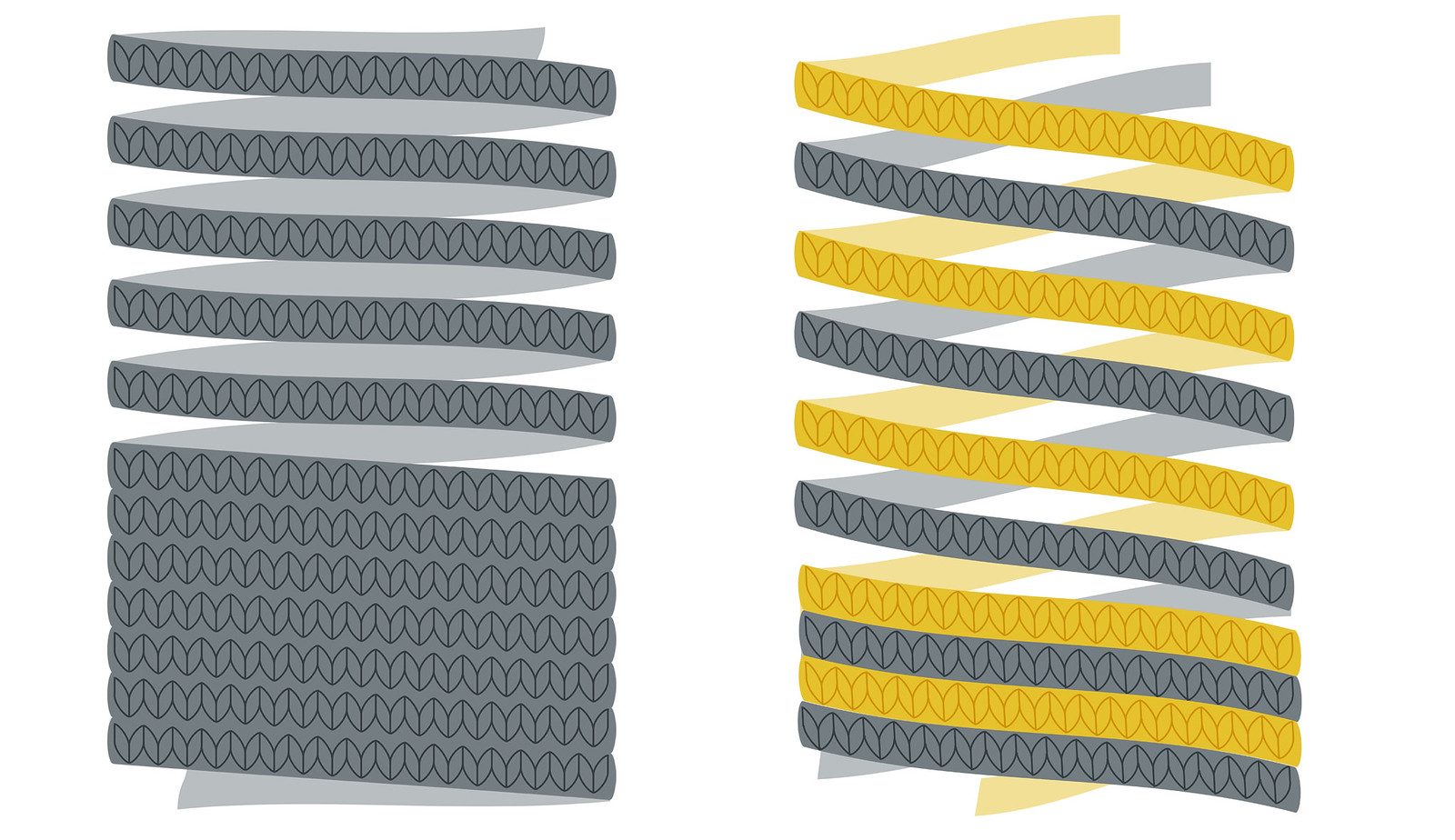 On the left is described a standard piece of knitting in the round. Stitches work their way around in a cylindrical formation, stacking on top of each other in a spiralling fashion (actually, this is, correctly, a single helix, so yes, you have most probably knit a helix of some form before). This book isn’t really about that, though, because you’ve most likely got that covered (and if you haven’t knit in the round before then I fully encourage you to go for it, as it will open up a whole extra universe of knitting). Where this book takes a big jump forwards is in expanding this to a double helix (and way, way, beyond).

In the image on the right, the grey Storm coloured yarn spirals around as before, but on top of it, intertwined like the stripes of a barber’s pole, lay the Mustard yarn. Before the grey yarn makes it back to the starting point, the mustard yarn is joined in, and the two yarns climb around the cylindrical piece in a double helix.

How is this different from knitting stripes? Well, firstly, there is never a change of colour at a particular stitch (which would usually be done at the start of a round) which means, there is no ‘jog’. These are the ultimate jogless stripes. There is no carried yarn. Though this becomes quite apparently magic as you start to knit helically, the magic of three, four (or more) stripes knit with no colour jogs, no yarns carried over multiple rows is pretty special. There is a related diagram that I made for the book which shows the technique beyond the two colour spiral, but you’ll have to wait for the Arnall-Culliford team to share that. 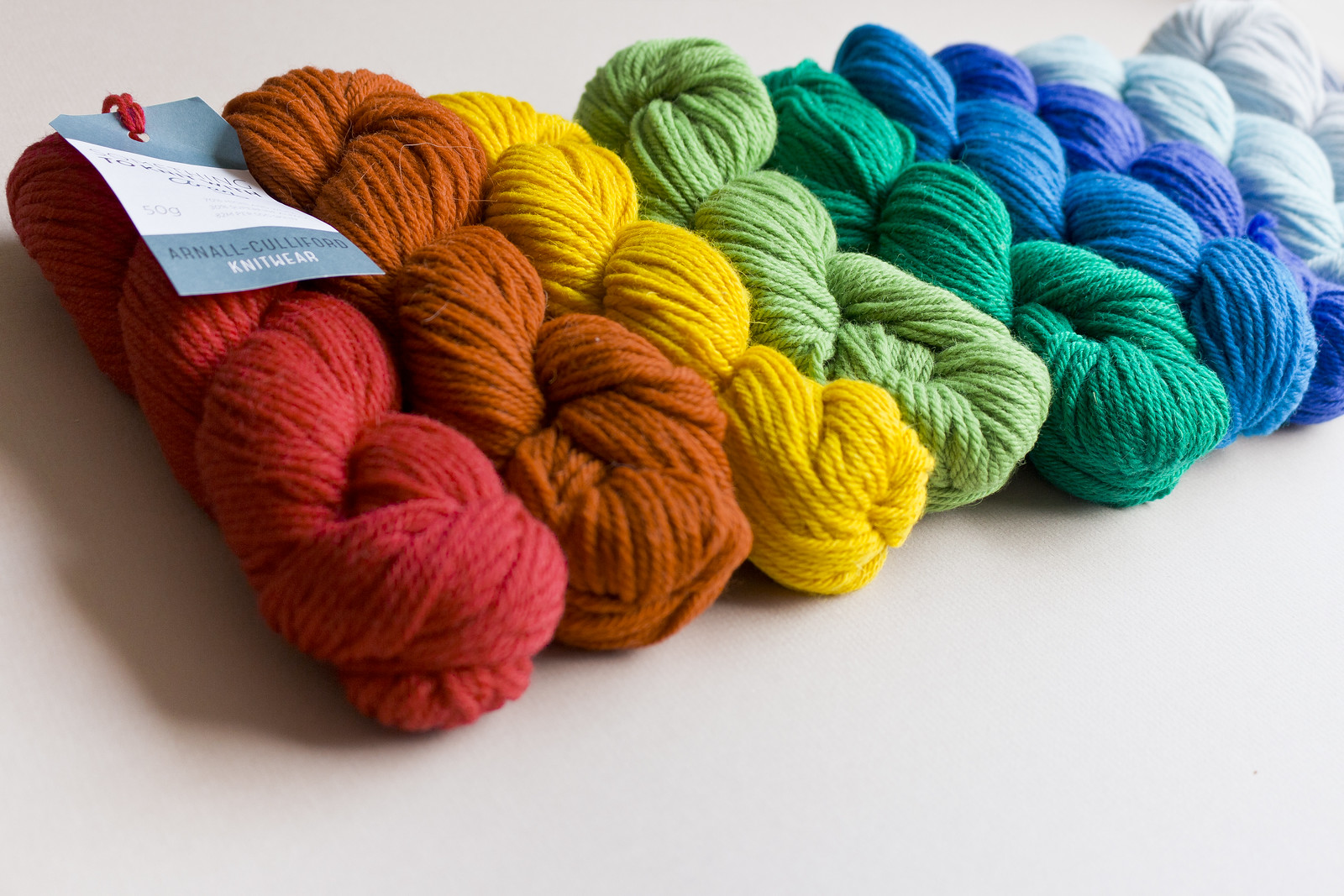 And how far could you take the technique? Well, a look at the very front of the book will probably give you a very big hint. Of course, once you’ve explored the technique you might want to take it in your own direction, and go one (or two, three… sixteen?) better than the fourteen balls of wool on the cover.

The phased release of Something New To Learn About Helical Knitting begins on October 9th, with the first chapter with a set of five tutorials and points of knowledge and understanding and the first pattern. Three further chapters comprising many more techniques and learnings, and six further patterns are scheduled for fortnightly release, allowing you to digest and experiment between  bursts of knowledge. 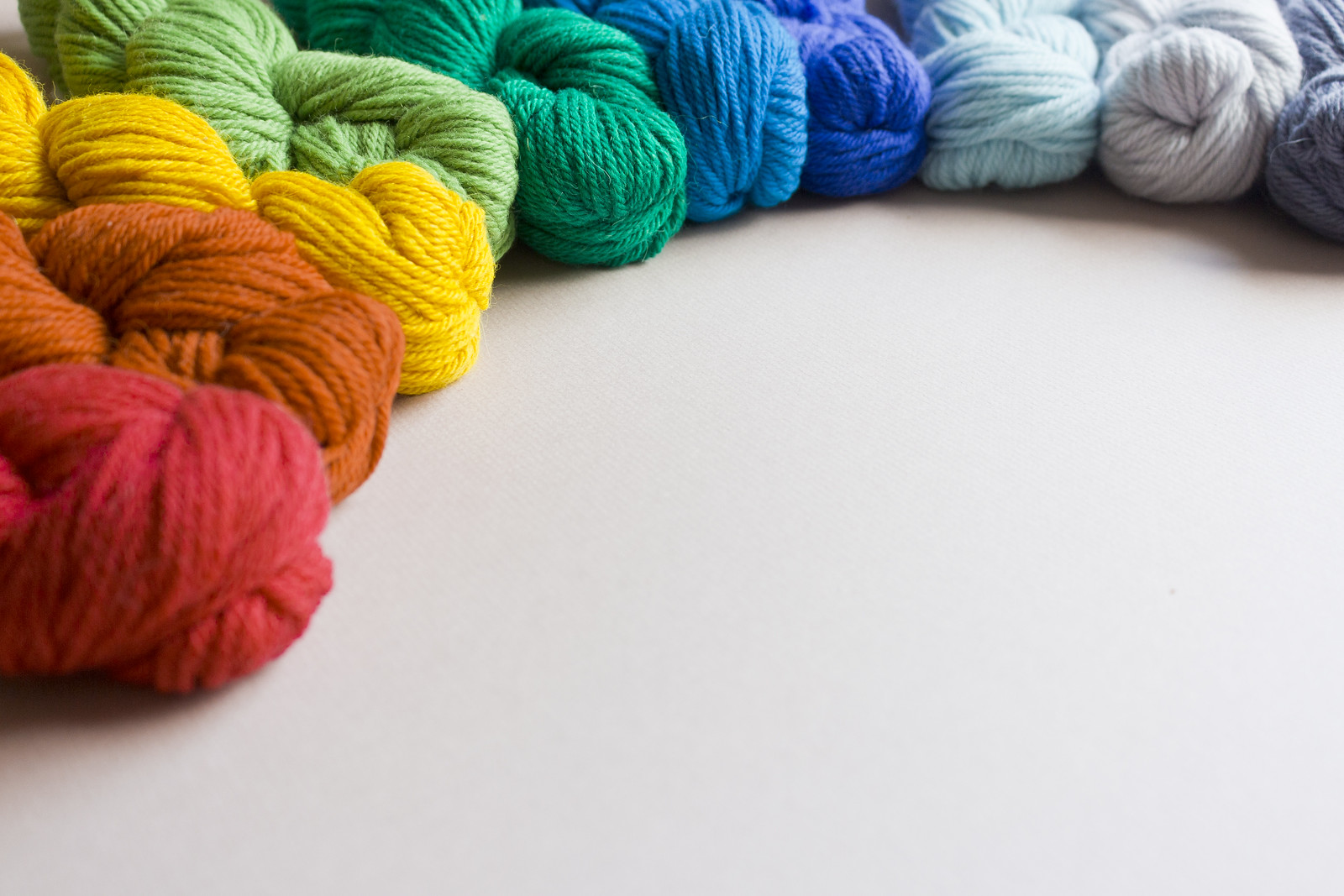 I am ready to roll with an Aran rainbow and itchy needles.

Author: Mimi
Filed Under: art, Craft, knitting, review, yarn
Tags: helical knitting
The Paper Leaf Wreath: A Fantastic Toddler Artwork Collaboration For Your Home
What Have I Made?