We are big fans of Hey Duggee in our household, and Darwin’s absolute favourite character is Betty, the five-legged purple octopus. Darwin’s adventures with Betty are many. She (in toy form) was his companion to his first days of nursery when he needed some comfort, was his second in command for all kinds of adventures to zoos and other places of wonder, and she is always with him for a cuddle at night. 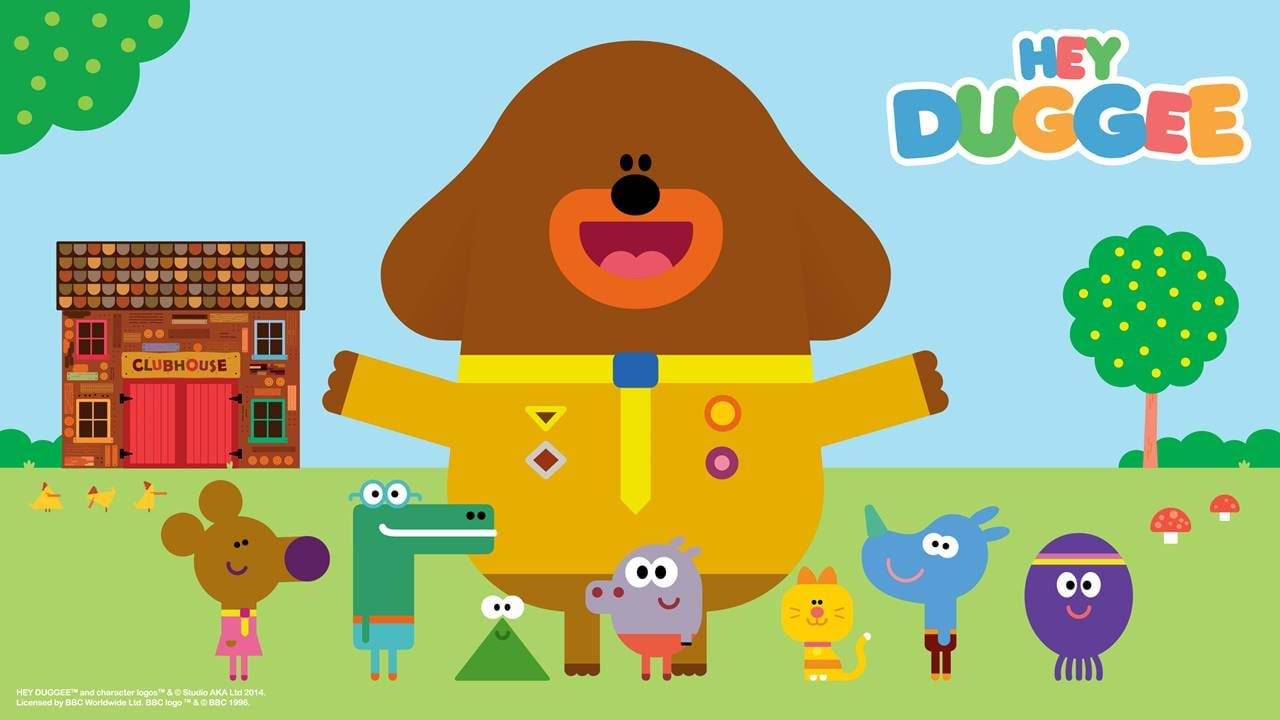 So, though Darwin has many items of shop bought Duggee clothing, I wanted to make him something that was all about Betty. So I customised for him his very own Betty Sweatshirt. 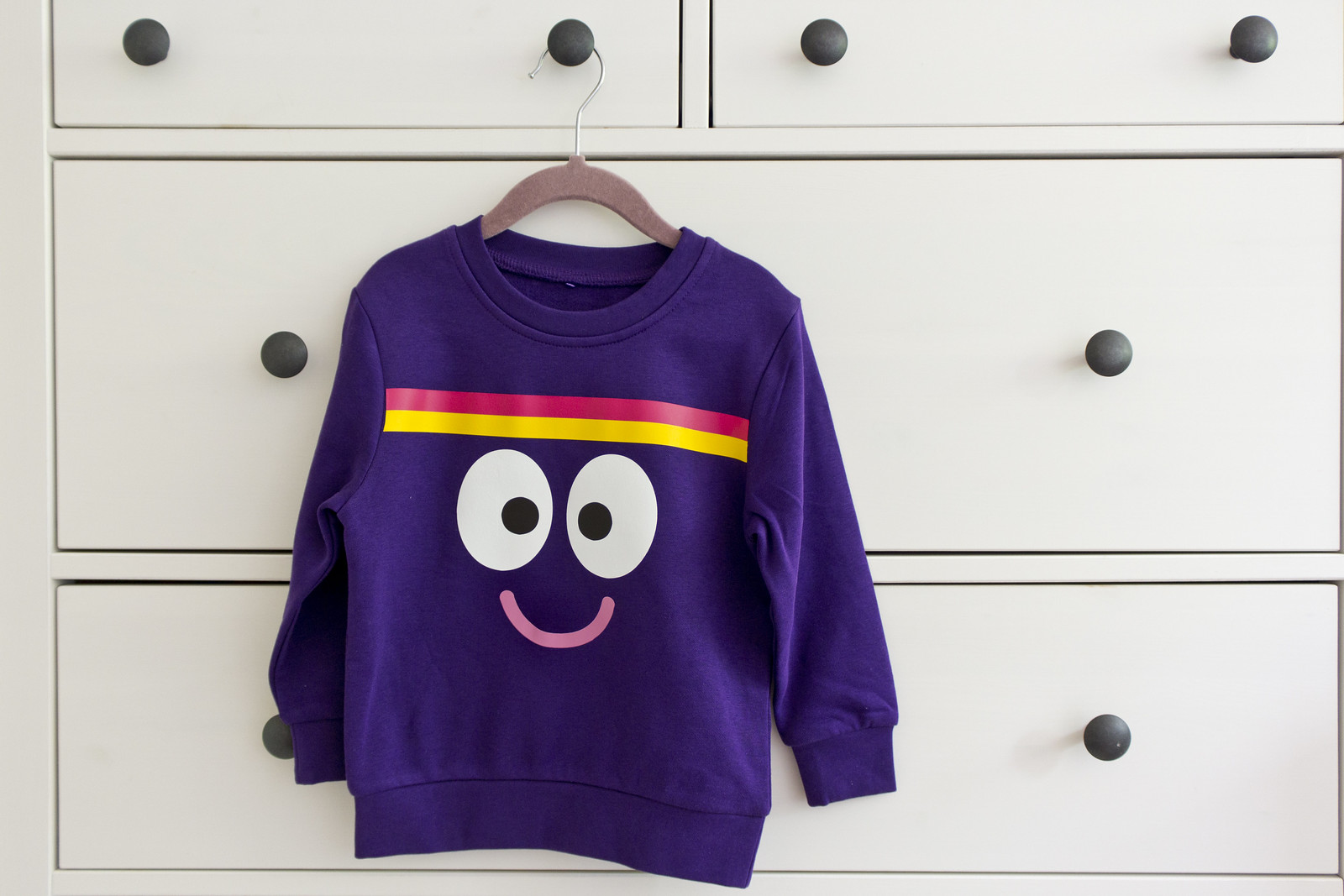 I wanted to keep the design as largely Betty as I could, so I decided to make the whole sweatshirt one big Betty. I’m pretty sure that I have what might be a secondary unofficial hobby of seeking out inexpensive, plain crafting blanks to use for adjustments and customisation, and the supermarket Back To School ranges are a treasure trove of these. This bright purple, 80% cotton purple sweatshirt is an incredible £2 from George at Asda.

I used heat transfer vinyl to create the very simple shapes of Betty’s features and trademark headband. Because of the geometric, clean art style that Hey Duggee uses, the shapes used in the sweater are so simple that I would not have needed a cutting machine to create the sweatshirt if I did not have one. A couple of simple large white ovals for the eyes, a light pink mouth, two long strips of a darker pink and golden-yellow, and black circles for the pupils of the eyes. 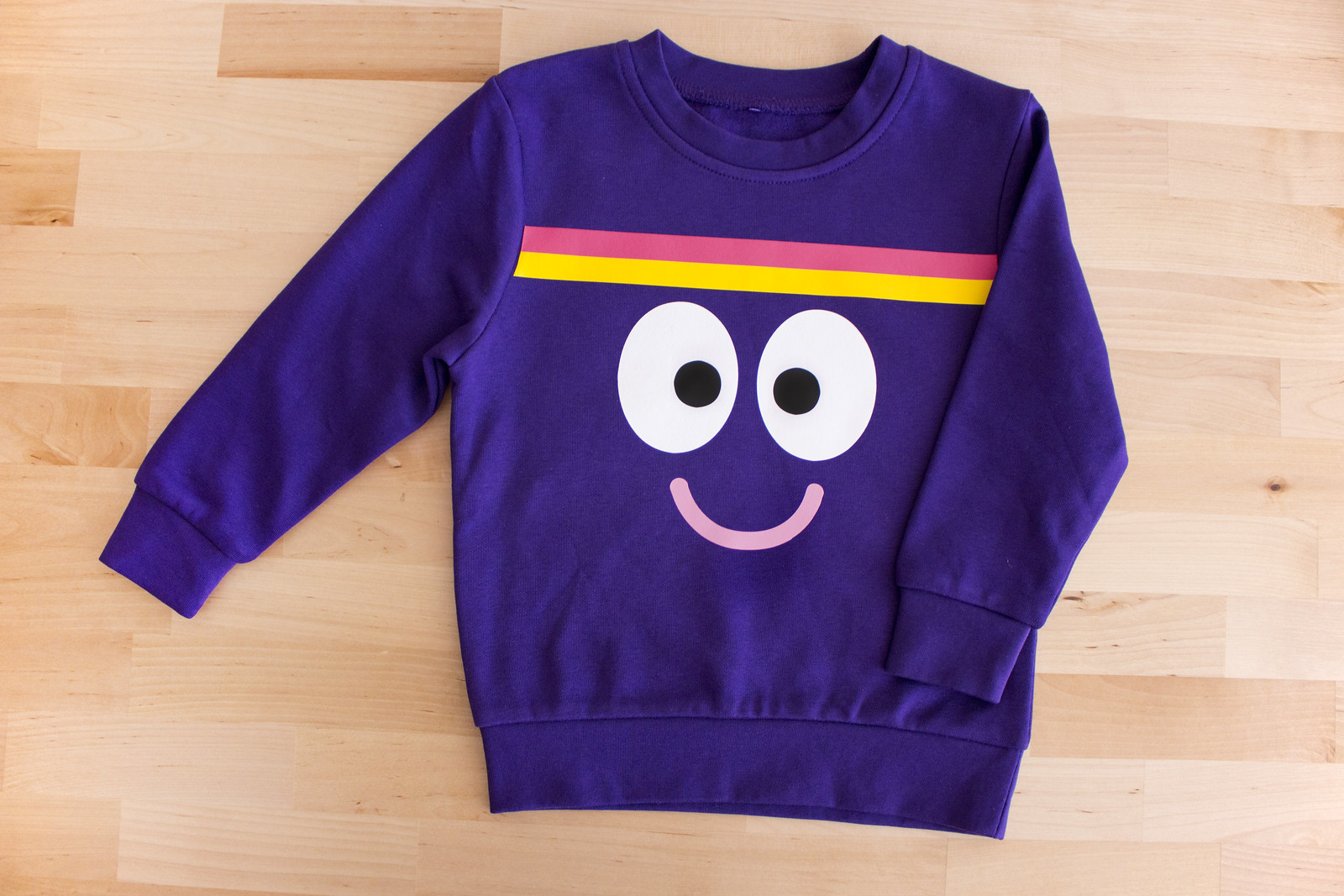 I think the trick to actually getting all of the shapes to look like a famous cartoon character actually lies in getting the ratio of the simple shapes right, as well as the spacing between them. If Betty’s eyes were too small, or the mouth too far down, it wouldn’t look ‘right’. I did this by eye, but think I got the elements pretty well placed. The eyes are near the headband, and the mouth not far below the eyes. The pupils in the eyes are placed differently in various pictures due to Betty’s changing expressions and sight lines, so I found a relatively neutral position to work.

The design is applied in single-layer vinyl, all apart from the pupils of the eyes, which I applied on top of the white layer. 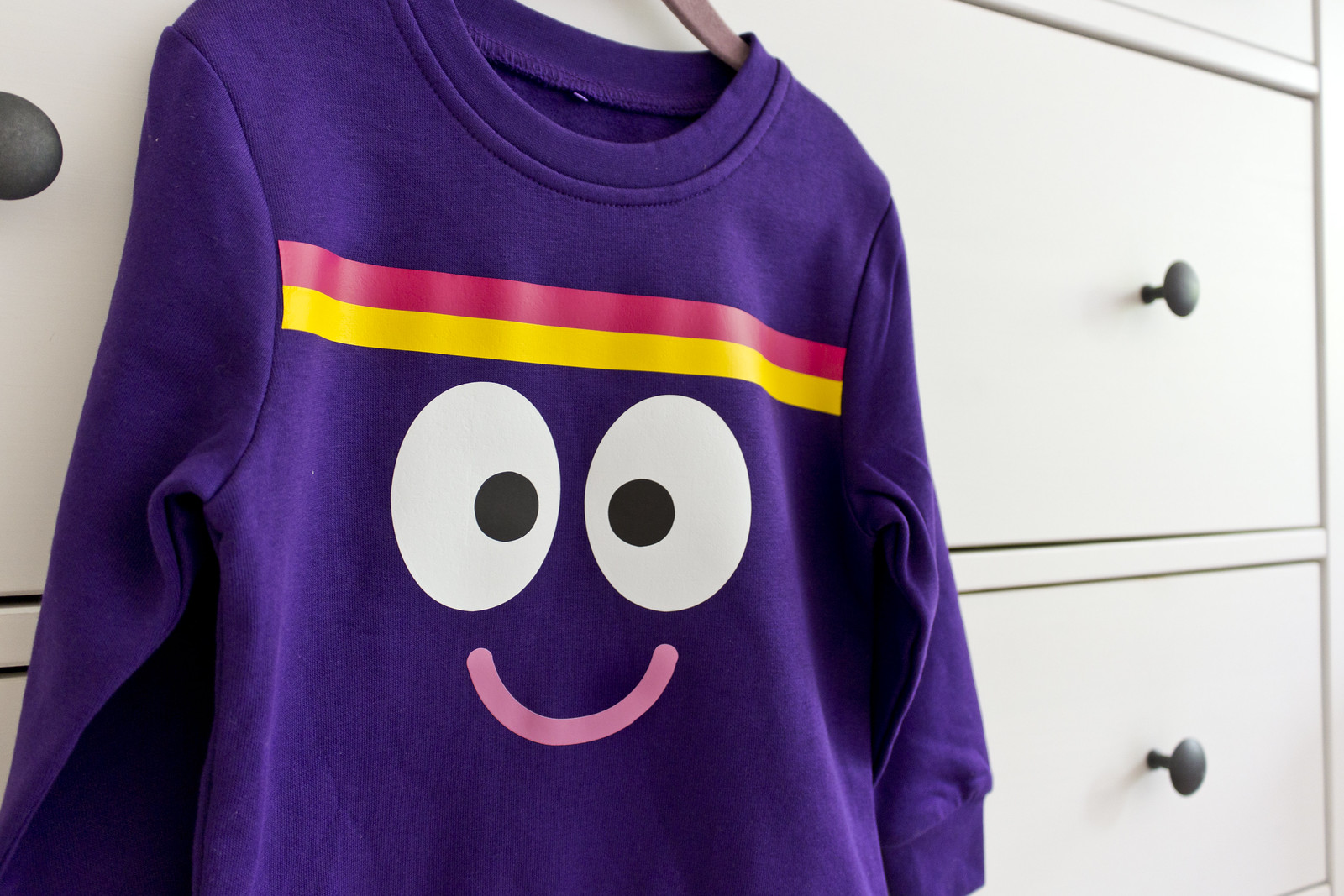 The headband stretches from one sleeve seam to the other. I was restricted as to how long the headband could be by the longest edge of my vinyl sheets, which are 25cm x 30cm. I did consider adding bands around the sleeve caps at the same level, and then continuing around the back of the sweatshirt, but thought that the simplest way was likely the best.

Darwin absolutely adored the sweatshirt when he caught an accidental glimpse of it the other day. It’s too hot for him to wear it at the moment, but I’m looking forwards to going FULL BETTY once the cooler weather comes in.