A Knitting Sprint Finish: Crossing The Line With The Talmadge Cloche

Another project from A Year Of Techniques has freed itself from its needle-y bonds and plopped itself down into a bubbly bath. A relaxing end to an emotional knit that, at one point, I did not think would ever get finished. I am relieved to have cast off after a night of literal blood, sweat and tears.

You will observe Exhibit A, up top, the expertly bandaged middle finger of my left hand after I deftly sliced the top of my finger off in an attempt to make finishing the hat that bit more challenging. It turns out that my knitting style does not utilise this particular digit too frequently, however it provides the buffer and counterbalance to all the finely tuned action above it and, unfortunately, rests against the base of my thumb in exactly the place that my newly acquired injury lay.

Saturday afternoon had been going well. I’d been shopping and had purchased some exciting things for a new adventure: swimming costumes for myself and my little boy. The last time I went swimming I was about 11 years old, and my toddler had never been, so my husband Russell and I decided that we’d try something new on Sunday morning, and were full of preparations yesterday. And that’s what caused this whole sorry mess. Being a female of the species I felt the stupid societal pressure to ensure that every square inch was fuzz-free, lest strangers might point at me like I were an actual yeti descending down the ladder into the shallow end. About ¾ of the way into this de-fuzzing venture I had a sickening slip of the hand whilst rounding the angle of my knee and actually heard the… You know what? You honestly don’t need to know the details. The next sounds were a few faint whimpers and then my husband’s name called at 130 decibels, (which I’ve just Googled in order to find a jet plane take-off equivalent noise level). There was blood (a lot) there were tears (so many tears) there was probably sweat, but honestly the blood and tears were the overriding focus. After what seemed like hours of sitting in a rapidly cooling bath trying to stem the blood, Russell helped me out and bandaged me up.

A few hours later my finger was bruised and still very, very sore, but I was actually able to knit. I wasn’t comfortable, but it wasn’t unbearable, either. And I only went and knit the entire brim. 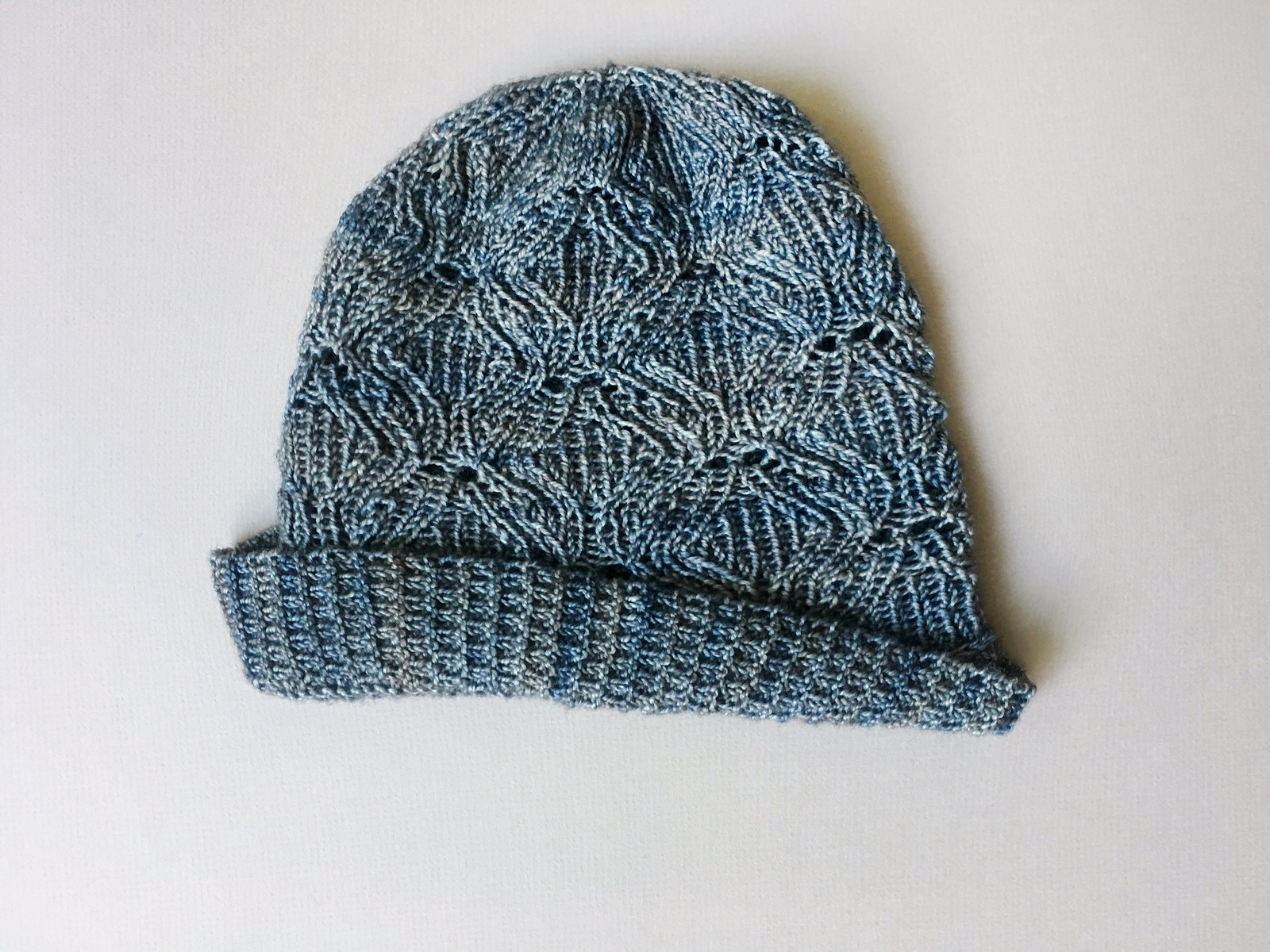 I decided to go with a stitch pattern slightly different from the pattern’s called-for Moss Stitch. So as to give a similar overall look I instead used the gently textural broken rib/garter pattern that I used in my Dextrous Mitts pattern, letting the slightly less distinct underside of the stitch come to the fore on the turned up brim.

The finished hat it still blocking, and I hope that it will fit. I think a couple of the finished examples I have seen have come up a little short for my preferred fit and brim-line, so I added twelve rows to the body pattern before changing the final four pattern rows to complete the pattern, and I think that extra bit of length will help the hat sit in a more comfortable shape on my giant head.

So, despite my damaged digit the hat is complete and after a few days rest it should be fighting fit to cast on for the next project. And, very importantly, our family day at the swimming baths was magical. 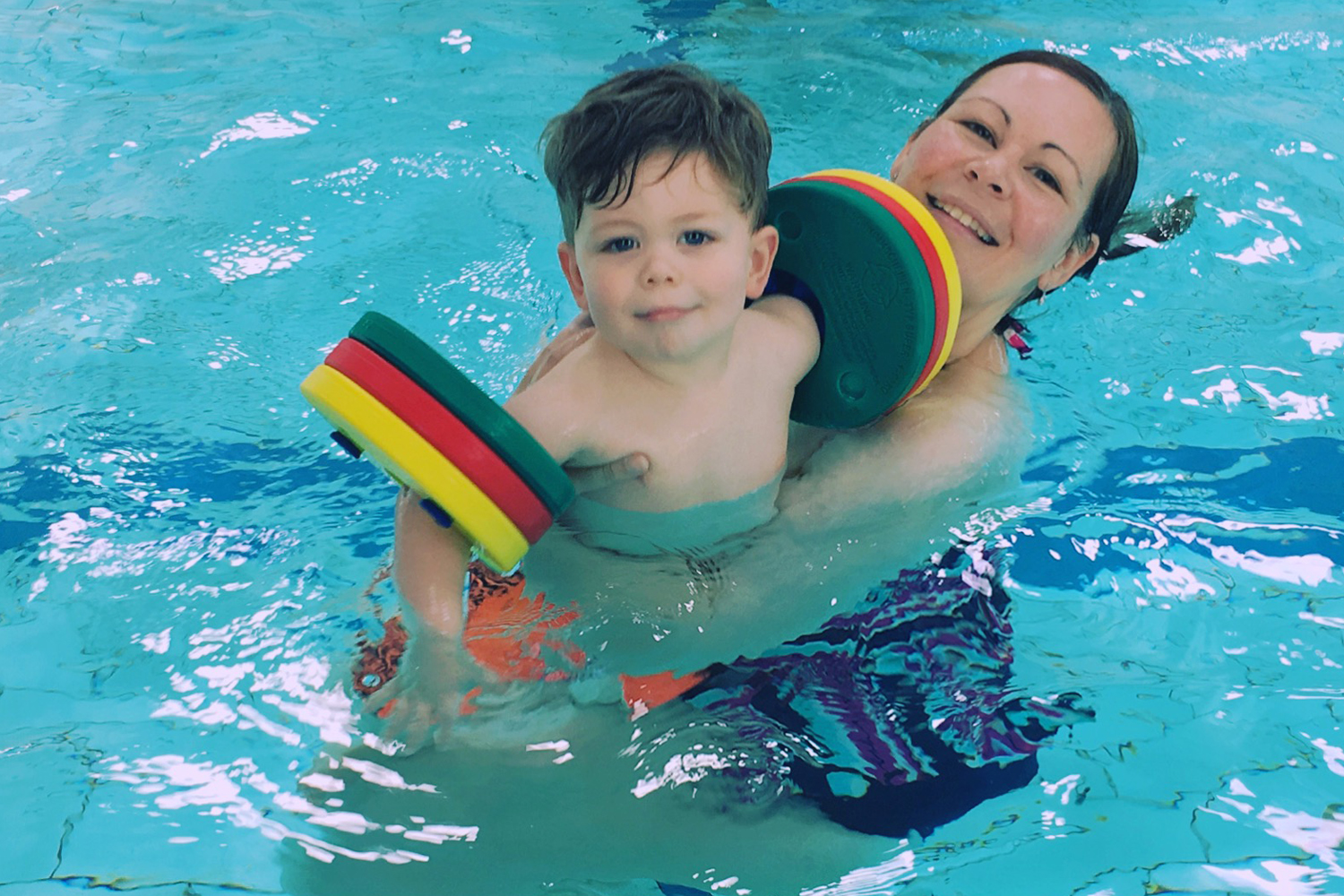 2 thoughts on “A Knitting Sprint Finish: Crossing The Line With The Talmadge Cloche”