How To Be Brave

‘He is very thoughtful’. He is. My son is very thoughtful, and he likes to figure things out. He excels at puzzles and learns things very quickly. ‘He is very quiet’. Yes, he is that, too, at times (though, at other times he is tearing around the house at a hundred miles an hour, testing out the new sound that he has managed to form from his mouth, or sometimes nose. Or sometimes bottom. ‘He is very shy… he is very sensitive’. Gosh, yes he is. That’s ok, right? Because I’m all of those things. He probably gets that from me, and, frankly, I’ve been told that these parts of my character are weaknesses many, many times. Mostly by loud, unthoughtful and insensitive people.

I never used to think of these parts of my son’s character as potential ‘flaws’ or anything to worry about, until one day I was reflecting on how people had so labelled me, both growing up and as an adult, and then I started to worry, and I took him to playgroups and did a happy little dance inside every time he didn’t cry when another kid came near him, because hopefully he wouldn’t be too much like me.

Children surprise you. I feel like I must know this little guy as much as it is possible to understand a one year old, and yet he still surprises and delights me every day. When visiting my mother last week, she suggested that we go to a petting zoo. Not wanting to disappoint her I didn’t know how to say (because I can be a bit quiet) that Darwin might be afraid of the animals, as last time we took him to a petting zoo he didn’t seem to like the animals very much.

I did not know that my little guy would stare down this ram with an engaging wonder at the huge animal in front of him. Chin up, unafraid of the new experience.

Sheep after sheep we nuzzled and fed. Tiny little pudgy fingers explored fuzzy face and woolly curls and it was amazing. He was so, so brave. But he’s still sensitive, and quiet, and thoughtful, and I love those things about him.

I don’t know how his personality will develop when he is older. I only know that I hope that he does not become insensitive, and unthoughtful. Sometimes it feels like these are the qualities that people value to ‘get ahead’, and maybe those same people see people like me as having fallen behind, but I think that my nature has allowed me to find a path to happiness in my family and the true, kind friends that I have.

For now, I hope that he knows that he can always rest his weary head on me and I will hold him safely in my arms when he wants me to. I will cuddle him through his tears, because it is ok to cry. 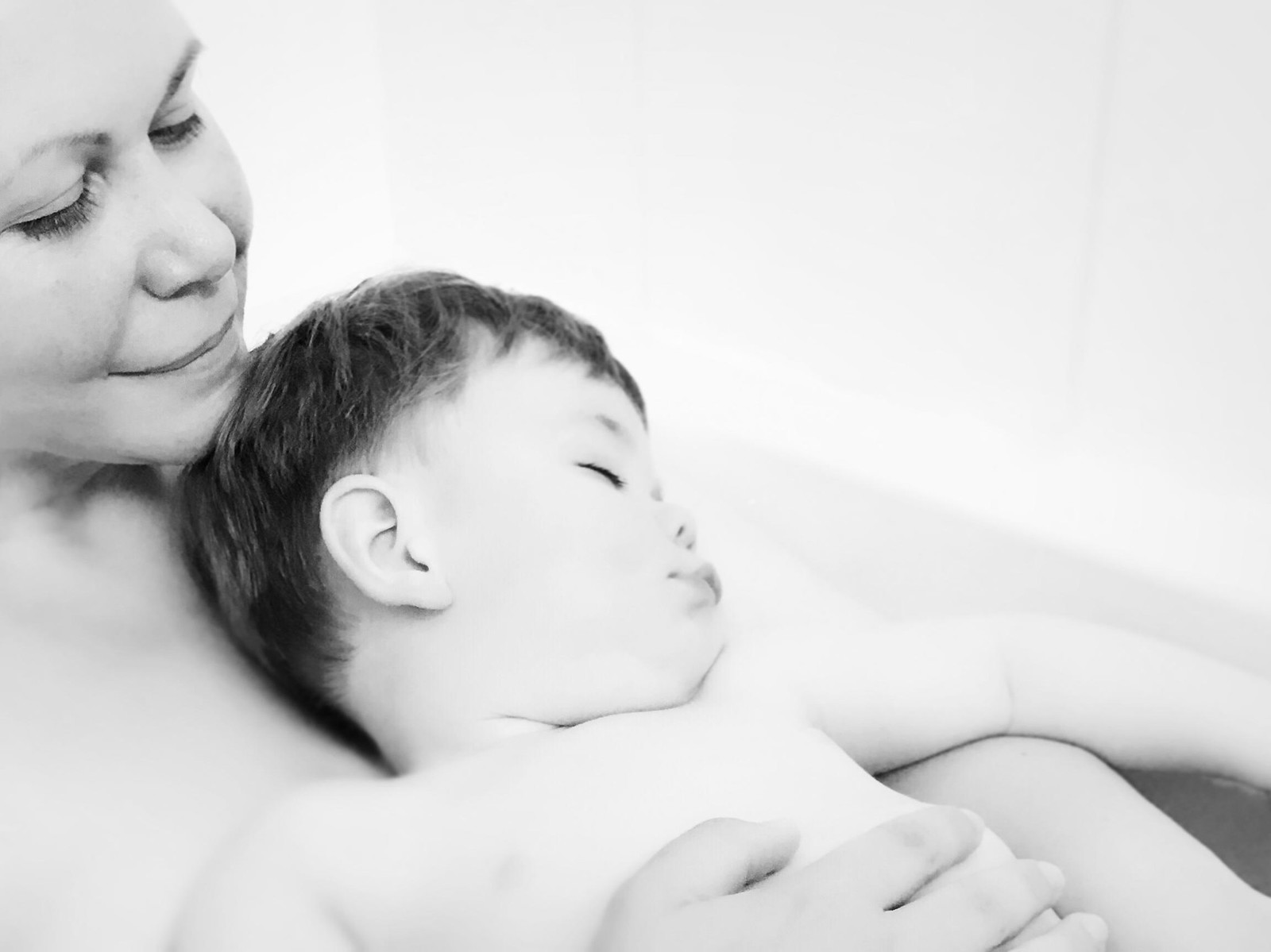 Author: Mimi
Filed Under: Coddswallop
Being Instagram Ready: Social Media & Self Care
Like A Coddfish To Water – From Strength To Strength

2 thoughts on “How To Be Brave”