A Knitted Mouse And A ‘Something Else’

The knitting and stuffing of Alex The Mouse has taken this sweet new little companion to a state of cuddly completion. Though a simple little knit, there were plenty of little skill elements such as stranded colourwork and attached iCord to keep the project entertaining until the end. 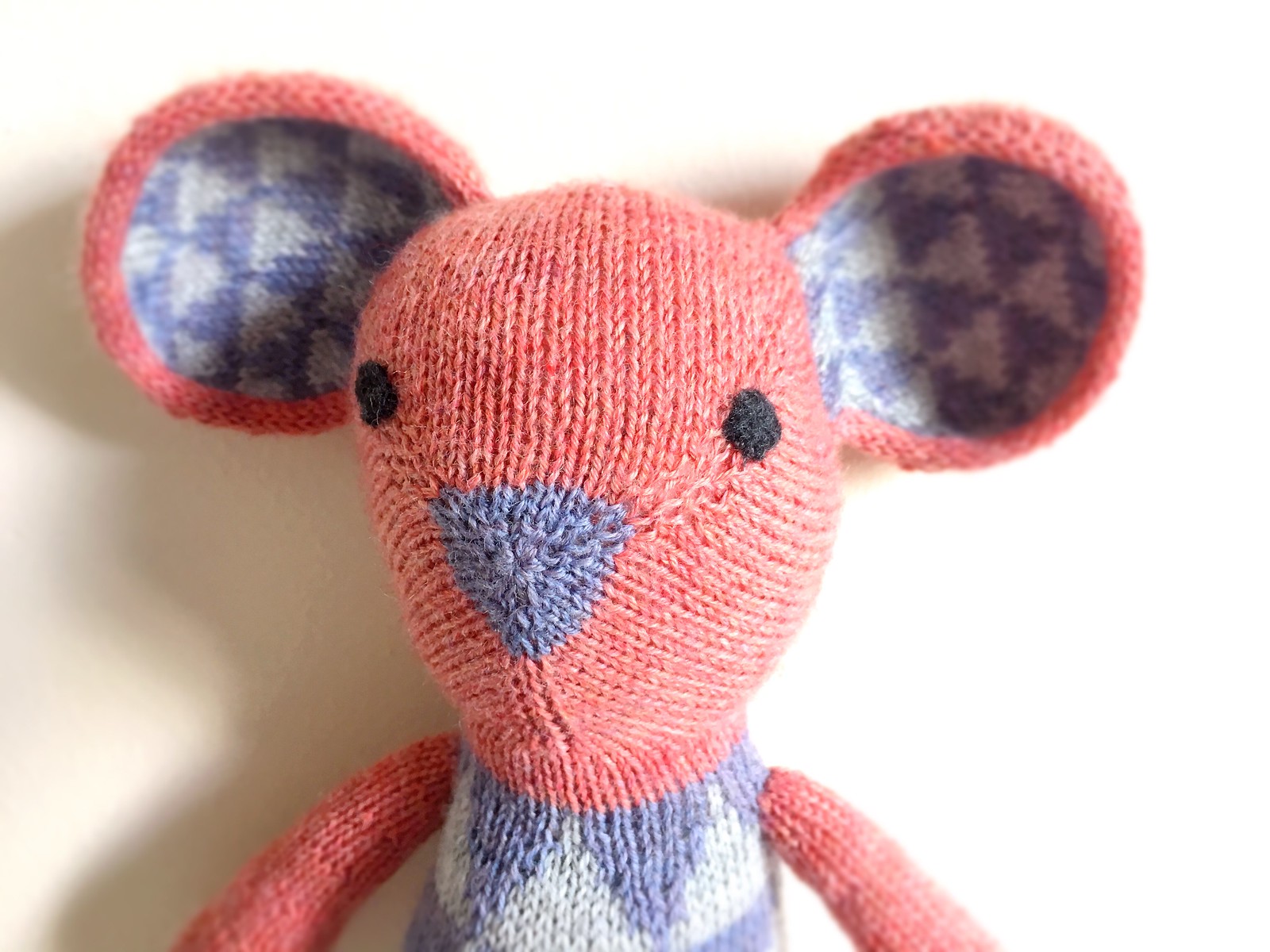 The personality of a little knitted toy always seems to arrive with the finding of the perfect eyes. The pattern calls for button eyes, though I have firmly sewn on a couple of little felt eyes in case this little guy ends up being a little friend to my toddler. 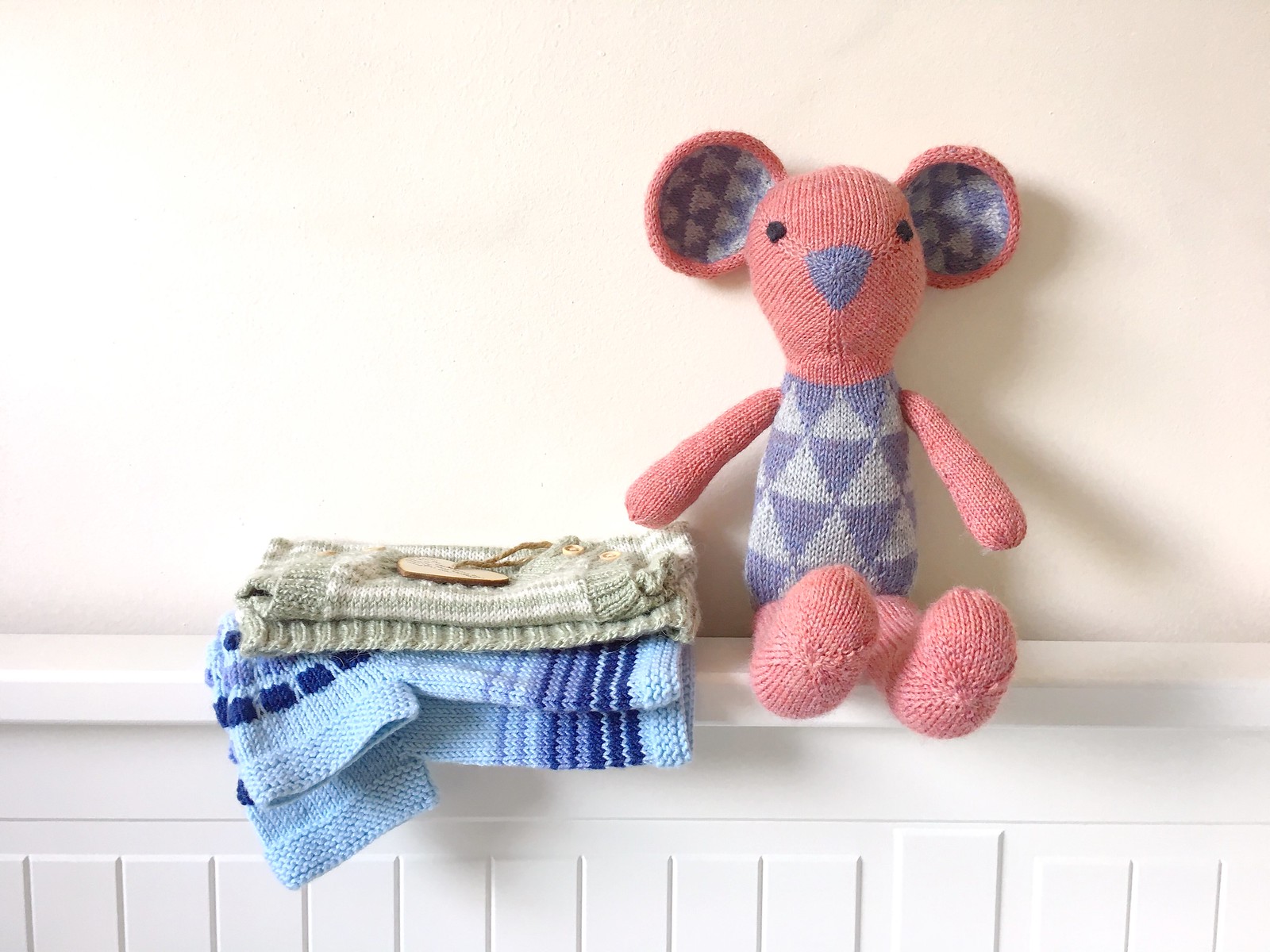 I made just a couple of tweaks to the pattern as written, as detailed in my previous post, ‘mouse knitting‘, but he remains by and large true to the original as designed by the talented and lovely Ella Austin.

With Mouse (which I think might become his Codd Squad name) complete, I’d judge there to be enough yarn in the remainder of the three skeins of Coopknits Socks Yeah yarn to make another two mice, so I have cast on for another. Except I have decided to change this one up a bit and make him a little less mouse-like, and a little more ‘something else’. 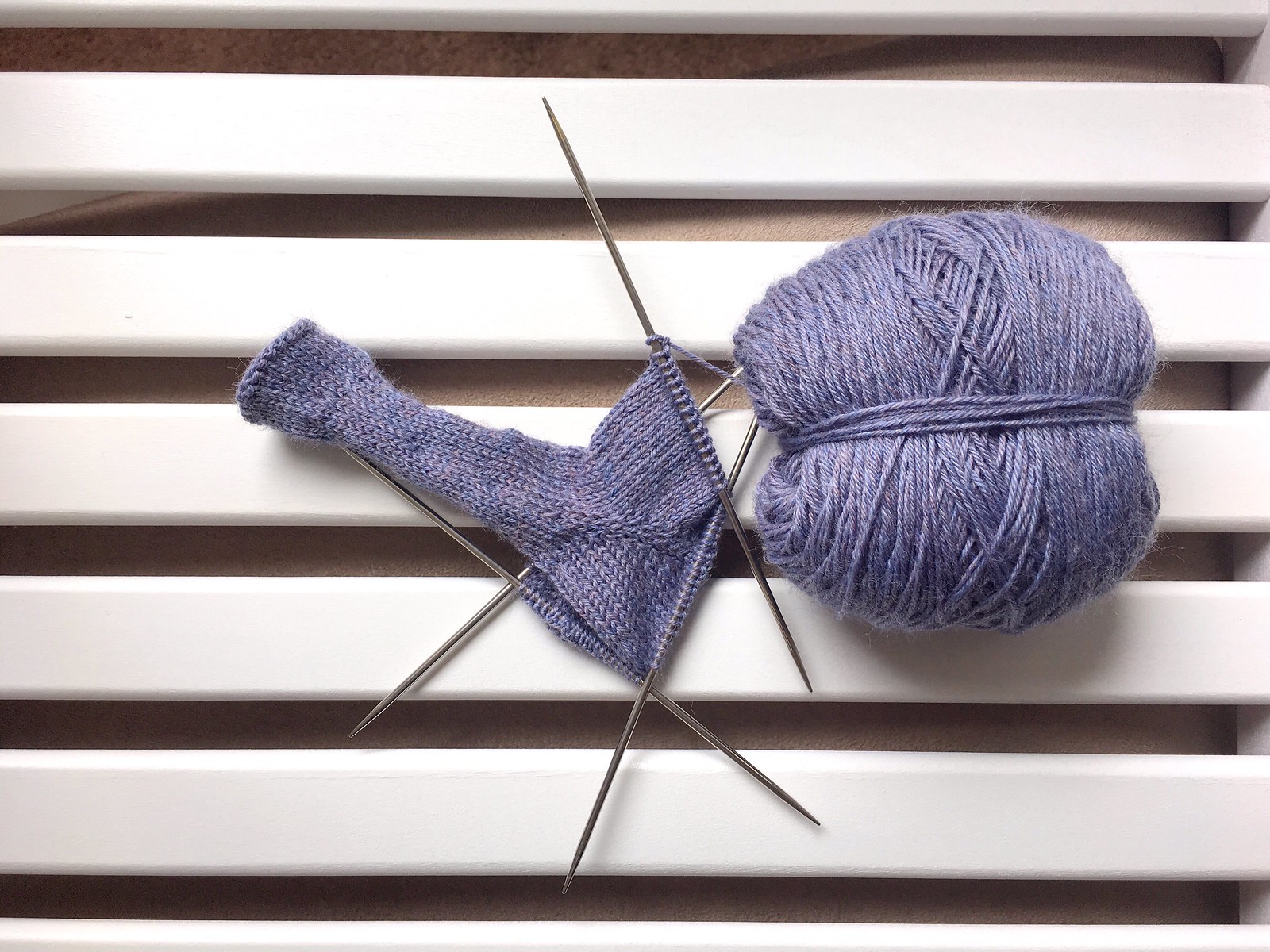 I’ll share pictures of the altered ‘mouse’ in a few weeks if my changes work out as I am hoping that they will, as he is being knit for a special occasion, so the finished knit will have to remain largely secret for  a little while yet. For now, here’s to all the new cuddly companions that knitters and crocheters are bringing into the world, and the humans, big and small, that love them. 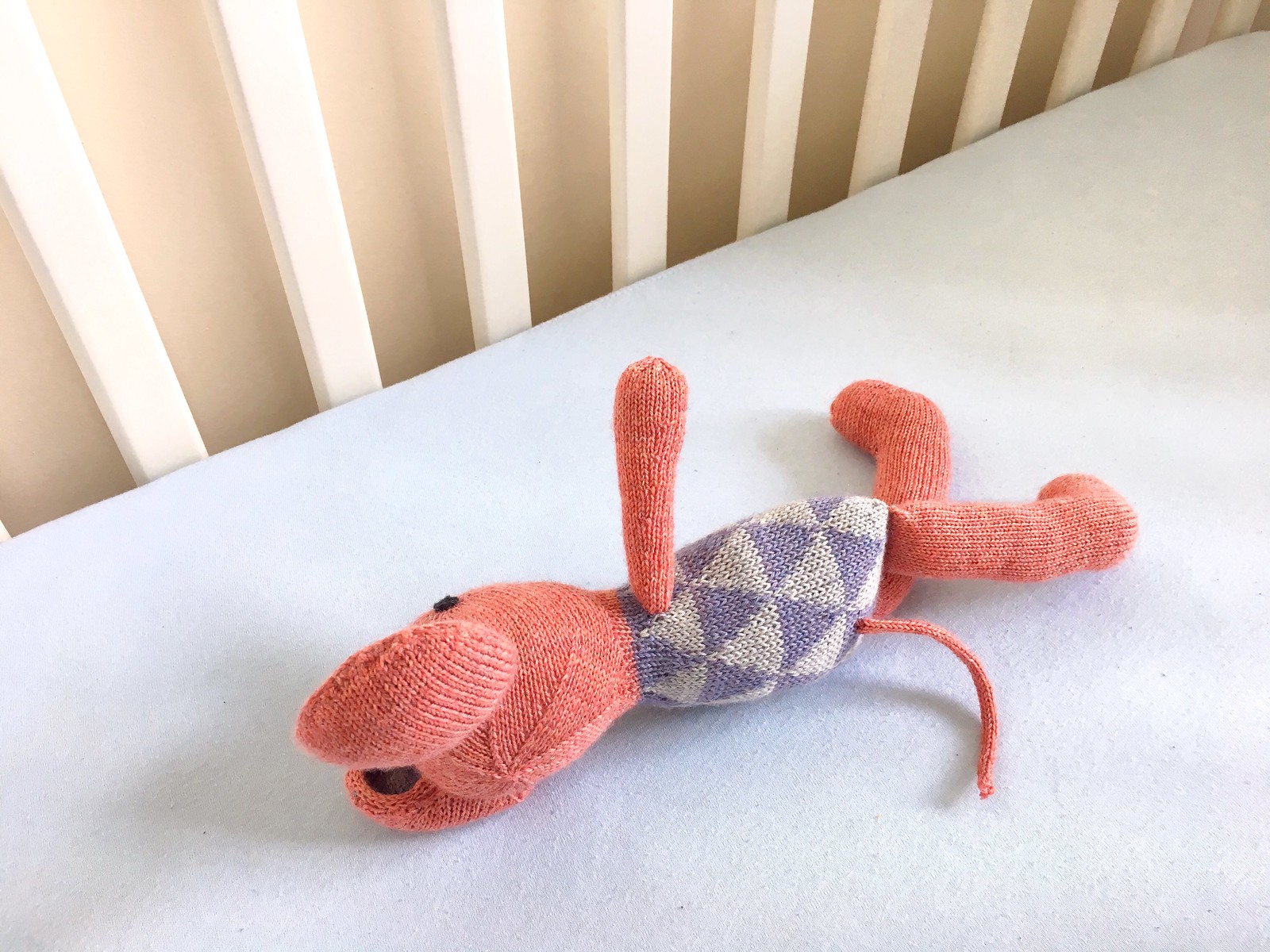