Mr Awesome’s socks are finally finished. I say finally, as I see that the first time I wrote about these was on the 20th October, 2015, so I must have cast them on when Baby Awesome was only a month old, and he is now fast approaching being a year old. 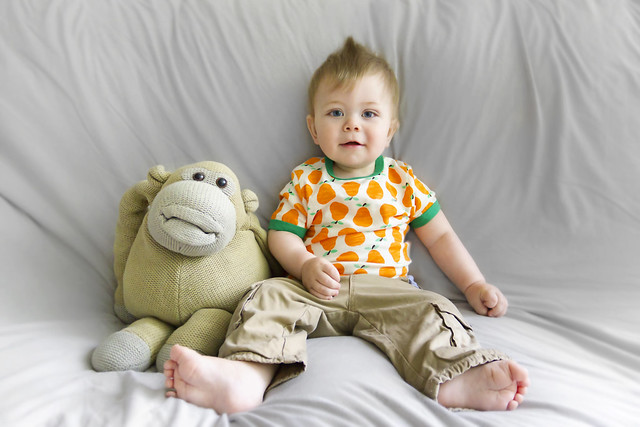 I magic looped the socks two at a time to avoid second sock syndrome. It did work in that now that I have finished, both socks are complete and ready to wear, but goodness me it did feel like acres of stockinette in the round, even if you really can’t compete with a simple vanilla stock for classic wear and function, and with a yarn like Regia’s Pairfect they can also come with oodles of style. 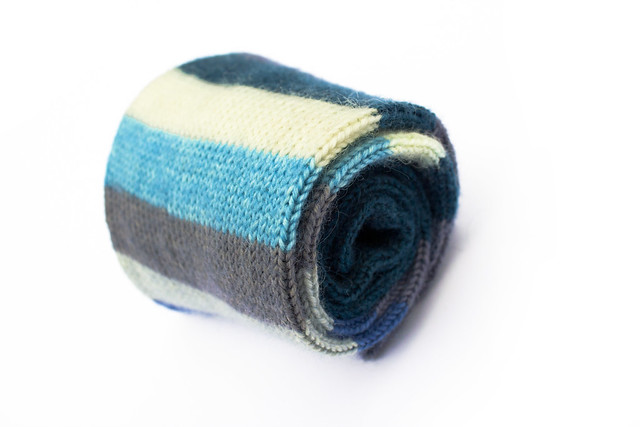 Regia’s tried and tested fibre blend is hard-wearing and holds colour well, and the unique dye pattern of the yarn allows for two perfectly paired socks with a wide cuff, striped leg and plain foot. I bought a couple of colourways of this yarn, and now that I have put it to it’s obvious and suggested use I want to see if I can put the next skein to some other, more innovative knitting idea. Perhaps gloves, maybe a baby garment. The stripe pattern has a few possibilities, though I may have to manipulate and re-wind the skein a bit to experiment. 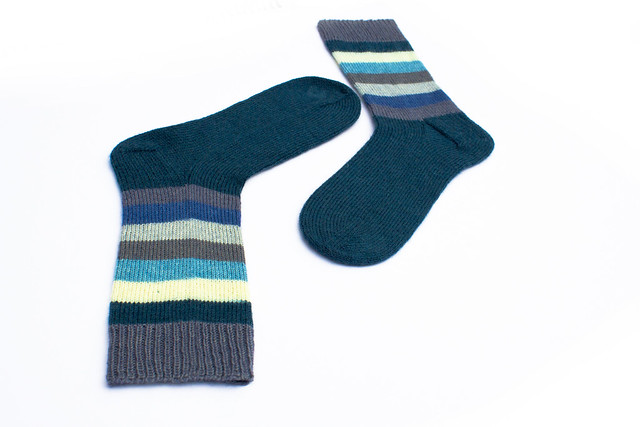 The last 2/3rds of the socks took a couple of days to knit, and I’m glad to have the needles free again. One fewer Project lingering in unrealised potential is a positive thing, and as the finished socks are a gift for my husband (happy birthday for, uh, February, Mr Awesome!), it feels especially good to be able to finally pass on the gift (don’t feel too sorry for him, he did get other gifts). 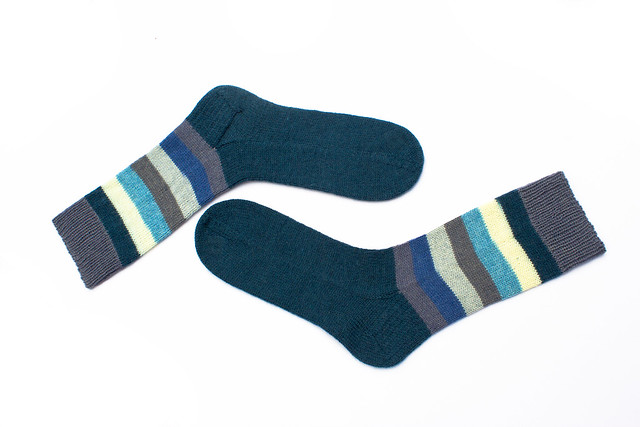 To knit both socks at once I had to re-wind the yarn into two matching skeins as the yarn is supplied in one 100g ball and beginning of each sock is denoted by a few yards of bright yellow yarn (which serves only as a marker and is not intended to be knit). Regia Pairfect yarn would work perfectly for any sock pattern knit top down: the stripes form the leg, and then any combination of heel and toe could be knit once the solid block of colour was reached. Toe up socks could be knit if the yarn is rewound into a reverse cake, though if the knitter wished the striped legs to begin at the ankle, a cut and join might have to be made once the foot was complete.

I want to clear at least one more outstanding project off the list before I even think about casting on anything new, and I still have a pattern to format and publish, but I think it was an important step getting those stitches on the needle and the project swiftly finished off.