Other People’s Knitting: From Peru With Love

This past weekend, baby awesome played host to a number of visitors, including his uncles. One uncle, Peter, had only the week before returned from a two month trip around South America, and had brought back with him a particularly beautiful souvenir for the first time he came to meet his new nephew.

Whilst in Peru, Peter happened upon a woman hand knitting fine alpaca sweaters in all sizes. He bought one for himself, but also one much, much smaller: 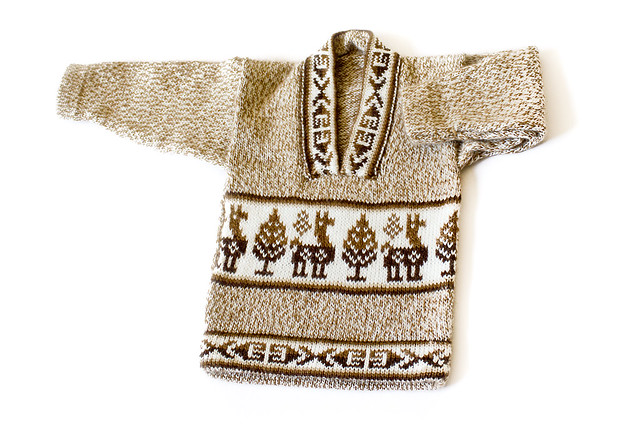 It’s simply the most beautiful souvenir I have ever seen. The handiwork is very fine, from the beautifully tensioned stranded colour-work to the seaming and finishing, and it fits baby Awesome just perfectly. I am only sad I did not get a photo of our tiny man in his jumper with his Uncle Peter wearing his own, much larger version. 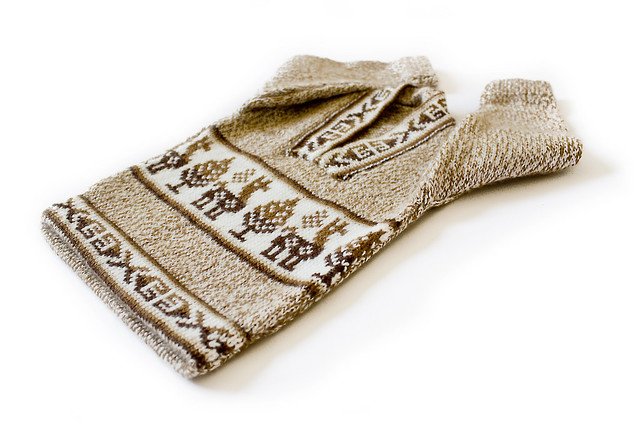 Peru is believed to have the longest traceable textiles and needleworks traditions in the world, the basics of which are said to date back over 10,000 years with the innovation of animal fibres spun, twisted and locked together to form threads of yarn that could be woven, and much later knitted, together. The preservation of textile samples has been made possible by the dry climate and high altitude allowing the precious protein fibres to remain, however fragmented, both recognisable and discernible.

Llama and Alpaca motifs are traditional to the traditional knitting designs of Peru and the Andean regions and you can see more examples of knitting in this style, mostly by way of homage, by searching for Peruvian/Andean inspired patterns on Ravelry.

2 thoughts on “Other People’s Knitting: From Peru With Love”