Hello friends and followers, readers and people casually popping by.

As many who follow this blog, or my Twitter or Facebook feeds may have noticed, words have been somewhat absent for the last few months. As many will also know, I have struggled with ill-health somewhat throughout my pregnancy and it has had a bit of a knock-on effect with pretty much every other aspect of life, and my focus has really been wholly on making it safely through to bringing this little one into the world… 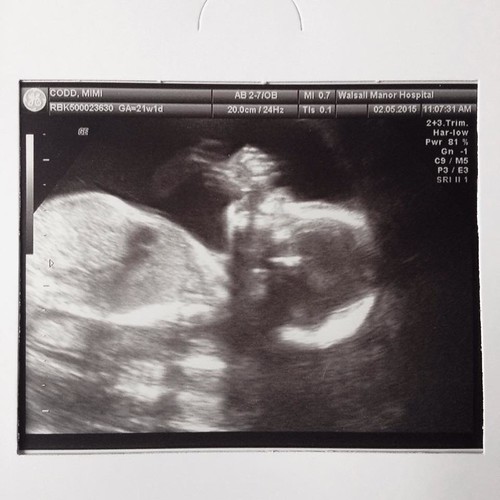 And as well as being on a quest to make a little human being, without even looking or using my hands (impressive, right?) I have finally, finally found the mere vestiges of what used to be the ‘me’ part of my life and have been slowly trying to bring them back into the present. It’s certainly not every day (and on some days I can only manage about 5 stitches before I am far too uncomfortable to even consider carrying on) but little by little the yarn may eek away from the ball and slowly become a very small, very simple little thing – such as this: 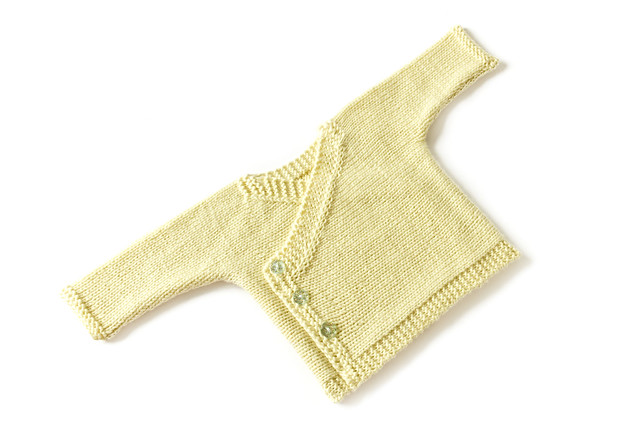 This is the Baby Kimono Pattern by Elizabeth Jarvis. I had initially chosen it as it worked with some yarn I already had and the simplicity of it was a real consideration at a time when my brain had turned into jelly and I was unable to move without falling over for days and days at a time. However, there are a few bits of vital information missing from the pattern: most importantly, the gauge.

To be honest, I am not entirely sure why I pressed on regardless of this fact, but I think I was just trying to make sure that my brain, it’s connection with my hands and hands’ ability to control my knitting needles were all still in tact. If anyone does decide to try to knit up this pattern in the future, I had a gauge of 22st per 10cm/4”, knit the middle of the three sizes, and this gave me a measurement across the front of the sweater of 21cm (8”) when fastened and then measured flat. 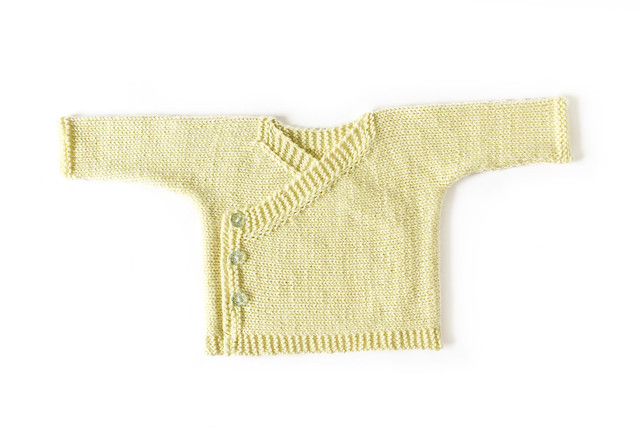 The kimono-style wrap over front of this tiny sweater is fantastic for a first baby knit as it allows the knitter to decide which side of the finished item the sweater should fasten on (handy if you or the recipient are of the mind to notice whether something does up the ‘right’ way for a boy or a girl. As it happens, I decided to add buttonholes to both sides of the piece as when I started it I did not know if we were expecting a girl or a boy, and if it ever finds another recipient then the buttons can be switched to either side to suit, if required. 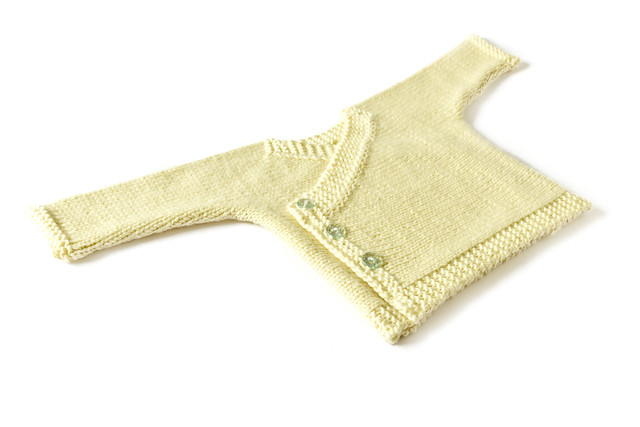 My only other minor modification was to add a third buttonhole to wrap the sweater more snuggly over baby’s tummy, because tiny tummies deserve to be snuggled.