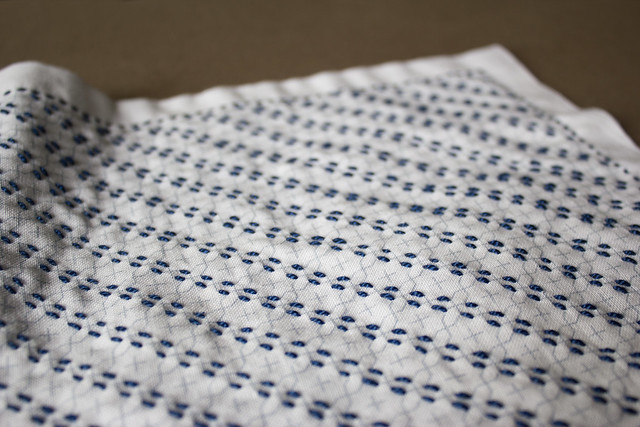 When I started my first sashiko Project it was the simplicity of the basic parallel lines of stitches that felt so calming to work. The meditative action of the lines of running stitch gave a true feeling for the humble origins of this Japanese peasant craft and the necessity of the original functioning stitches for strengthening and longevity of a precious garment. 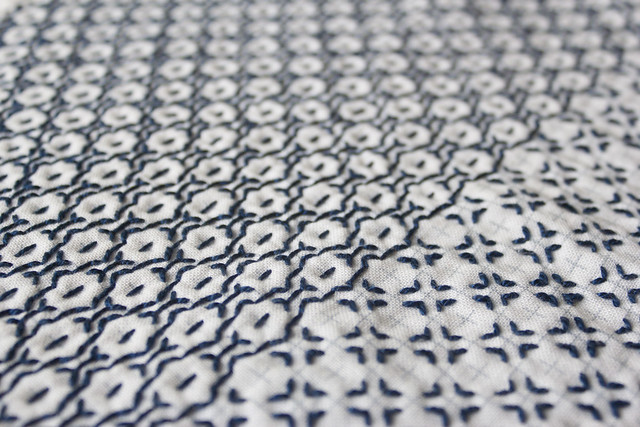 As the first pass of the sampler cloth was completed  I re-threaded the needle ready to begin the lines running at right angles to the first diagonal lines, wondering what new pattern would next be revealed. After a few rows in this new direction the dashed lines made way for small open-sided boxes which as I sat and stitches spread steadily across the  square of fabric until the view of diagonal lines had gone and only neatly aligned squares remained.

When all squares were in place I was able to begin the horizontal lines of stitches, which transformed the pattern once again in a wave of decoration. 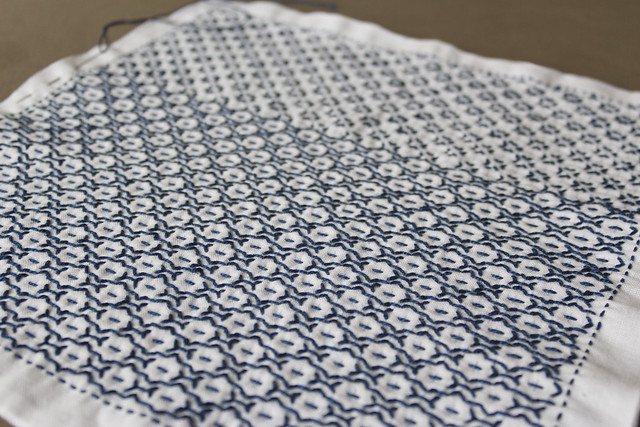 When stitching this sashiko design fabric becomes richer with both colour and texture with each new direction of stitches that are added, and as the stitches were added the fabric took on a very textural, almost quilted quality.

I worked gently at the piece of embroidery during a short group holiday away, using it as a calm and meditative escape in both quiet moments that presented themselves and also busier, louder times when I wanted to remain only on the periphery of the noise and excitement. My stitches became such a calming and peaceful time of my day that I decided to treat myself to another couple of Sashiko kits for when I had finished stitching my current piece. 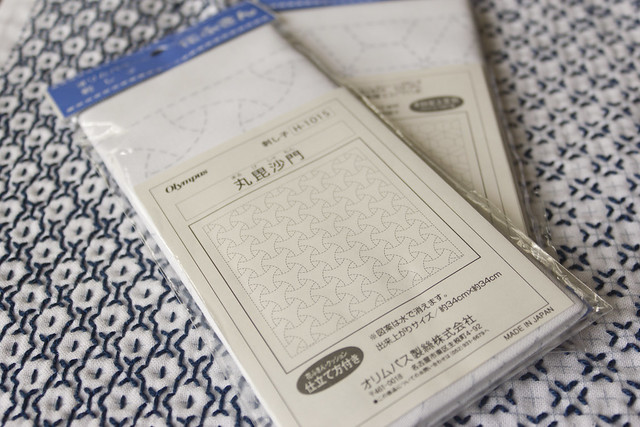 As you might be able to see from the pictures above, the two kits that I have bought for future embroidery are a lot less stitch intensive than the one that I am currently working on, but I am looking forward to trying the different look and resulting patterns that the designs present. 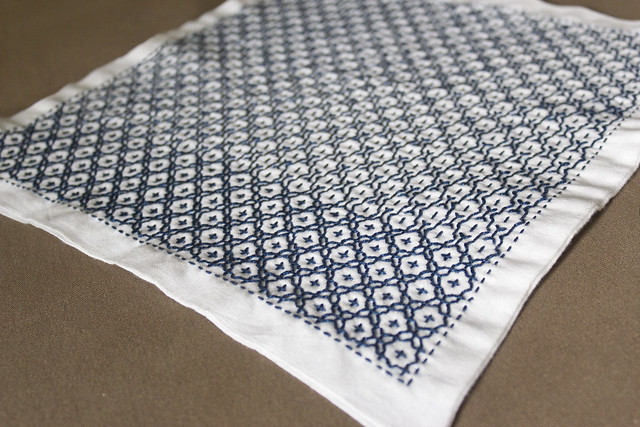 I had originally thought and planned to make a simple cushion cover out of my embroidered square, with a simple bordering fabric for the front and plan back piece, but as I have worked on this square I cannot help but dream of making something bigger. In my heart I have a large quilt-like blanket or throw, perhaps made up of a mixture of Sashiko squares with some in un-embroidered squares between, but I do not know if this is my heart leading my head to a project too large in scope to be realistic. 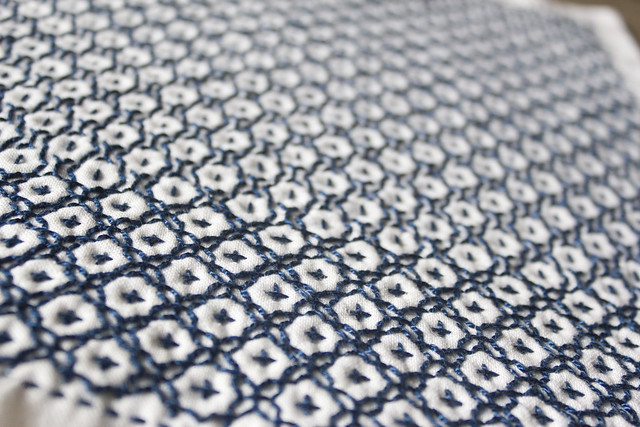 For now, though, I am working on the last rows of stitches as the beautiful geometric design reveals its final pattern.

2 thoughts on “Stitched Lines And Pattern Building In Sashiko Embroidery”