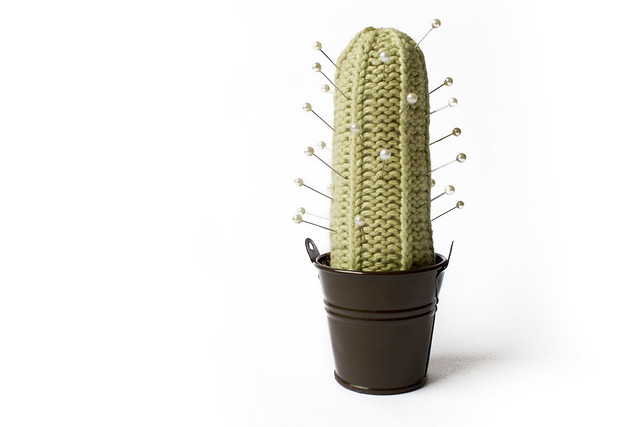 I decided that I needed a cheerful little pin cushion to stop my pins from rolling around the table whilst I was sewing and knitting, so I set about trying to find an inexpensive one that would be cute as well as functional.

Whilst searching I discovered something slightly strange about myself. I seem to have very particular ideas about what a pin cushion should be. Now, phobia would be putting it far too strongly, but I noticed a trend in the designs I did not like. I wasn’t too fond of pincushions shaped as creatures, but specifically creatures with hard shells: tortoises, crabs, snails, lobsters, etc. My brain seemed to reject the idea of sticking pins into hard-shelled animals made of cloth. Hedgehogs and porcupines were fine, as they had spines, so that’s what the pins could represent.

Whilst I came to terms with how my mind could wander at times, it wandered into the obvious realm of making my own pincushion, and I decided on a cactus to add spines to. 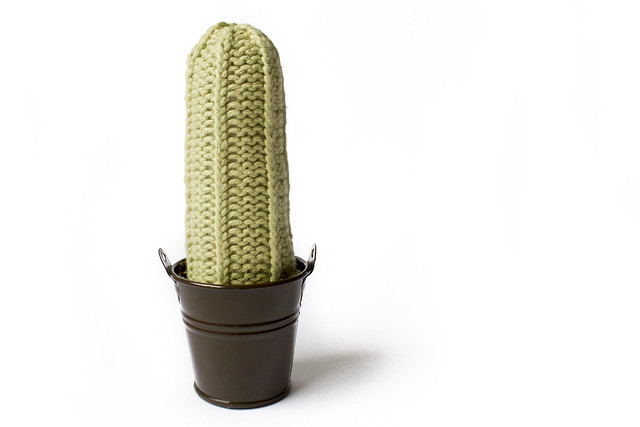 This little desert-dwelling chap certainly doesn’t mind having pins stuck into him. In fact, this cactus is practically begging for some pins as it is pretty spineless (ahem) without them. Add a few of your sewing supplies, however, and it is suddenly a very happy cactus indeed. 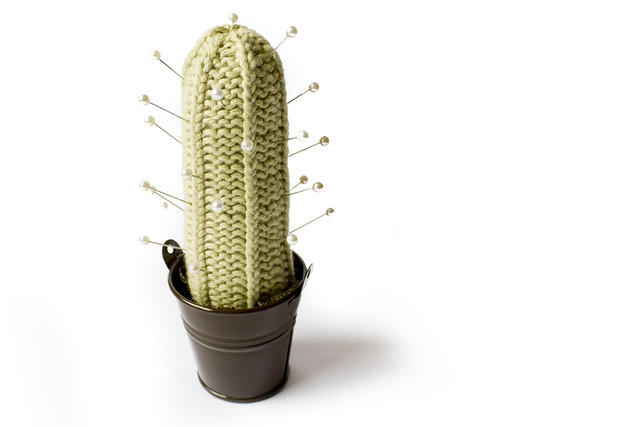 Finally I have somewhere to store my pins close at hand, as well as a little greenery for the sewing room, with the added bonus that it doesn’t even need watering.

I decided to write up the pattern as it could be a handy quick knit for anyone who either wants a cactus but can’t be bothered to care for one, wants a pin cushion and doesn’t want to stick pins into a tortoise or wants a quick and handy gift knit for a crafting friend: Free Cactus Pin Cushion Knitting Pattern. 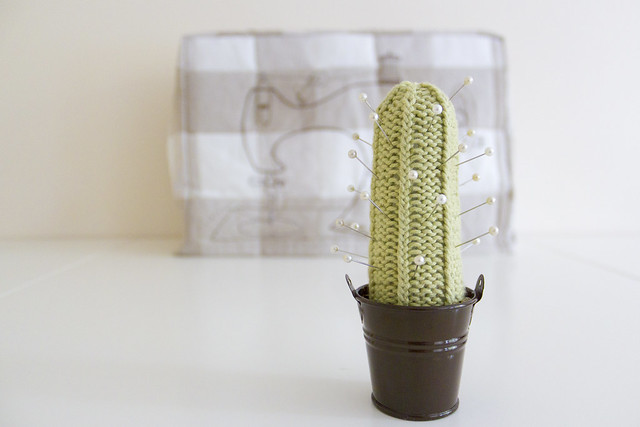 Have fun knitting your own little cactus friend!