I always find the return to work after having time off a little difficult, I guess most people do, but I think it was especially difficult this week after taking a week and a half off to try and get some time away from figures and forecasts and to find time to be a bit more creative. I decided to carry on along the learning curve of dressmaking for part of it and to make a dress or two that I could potentially wear in the office. 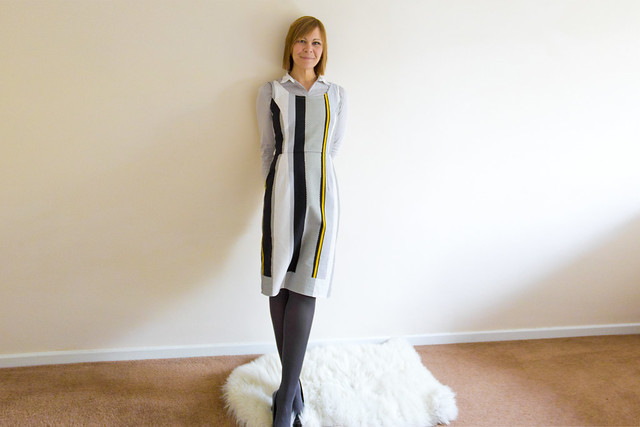 This is my Von Trapp Office Dress, so called because it is made from some curtain/upholstery fabric from Ikea, which put me in mind of the hideously charming (charmingly hideous?) outfits that Maria so lovingly creates for the Von Trapp children to play in, rustled up from some old curtains (though hopefully you’ll agree with how awesome this fabric is in comparison).

As we were replacing our bookcases (weighed down with the weight of my knitting books) I wandered by the fabric section more out of habit than a serious desire to shop, where I found this ‘Sebragras’ fabric. 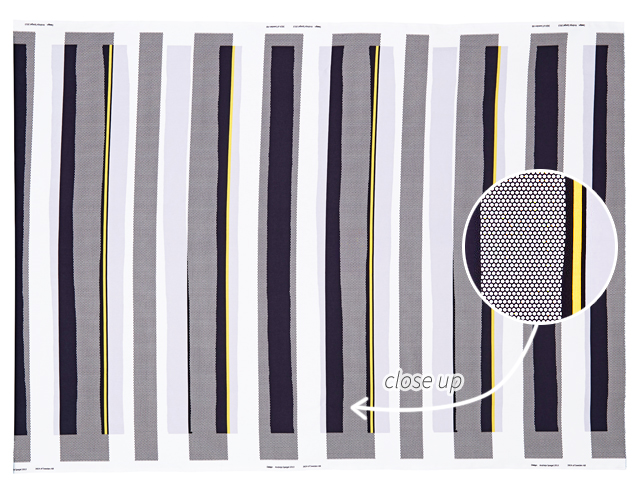 I liked the bold monochrome blocks with the very occasional injection of an almost acidic yellow creeping into mustard. I also thought that I could make a feature of the fact that not all of the blocks and stripes actually met the selvedge of the fabric – some blocks stop about 10cm short of the full width of the fabric. I quickly calculated the possibility of using this last point as a border feature and thought I’d try to work out whether I could make a pleasing placement of the wider monochrome stripes once I got back home. The fabric was inexpensive at £5 per metre, and with one and a half metres setting me back £7.50 it wouldn’t be the end of the world if my idea did not pan out.

Once I got back home I decided to try and make the most of the blocks on the dress by making something quite form-fitting, so decided upon a shift dress with slightly tapered pencil skirt. 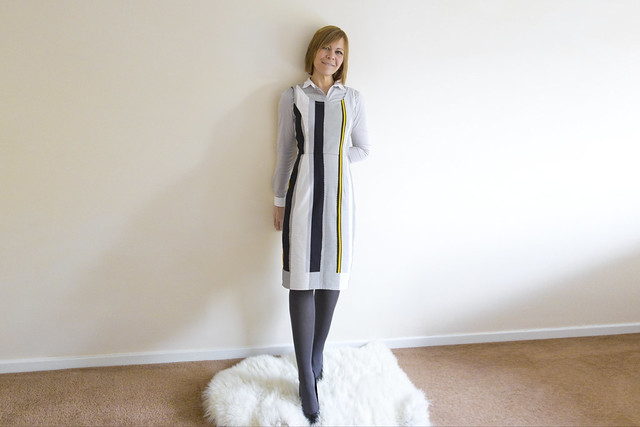 As I knew I had quite a good fit from the top half of a dress pattern I had used a couple of times (NewLook Dress pattern 6457) I decided to go with the same pattern pieces already cut, as the princess seams appear to fit my measurements quite well. I decided to go with the pencil skirt pattern from The Great British Sewing Bee Book 2 for the bottom half of the dress (and attaching it the right way up this time), taking an inch from the front and back pieces to give a closer fit without being too tight.

The fabric is quite sturdy, in an almost reassuring way. It’s not uncomfortable: it’s 100% cotton and about the same weight and feel as a medium weight denim, so very wearable, as long as I don’t feel like I’m wearing something that is too recognisable as curtains. I’m dreading someone recognising the print and telling me that I look like their sofa… 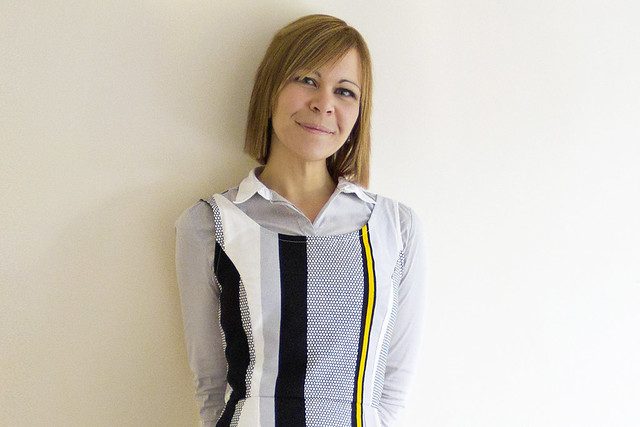 11 thoughts on “My Von Trapp Dress”