After wondering what to make with the rest of the squirrel fabric left over from making my skirt last week, and then pondering what fabric to use to make a tunic from my new sewing books the obvious answer finally came to me. Actually, it had occurred to me as soon as I received the books, but I was doubtful that I would be able to get a top out of my remaining pieces of fabric – half each of the 1.5m of Squirrel border print and the 1m of accompanying small tiled print. But, as it happens, with a little bit of imagination and a few modifications I managed to get the pieces to fit and I have made myself a top which some might think is a little silly, but I don’t care as I love it. 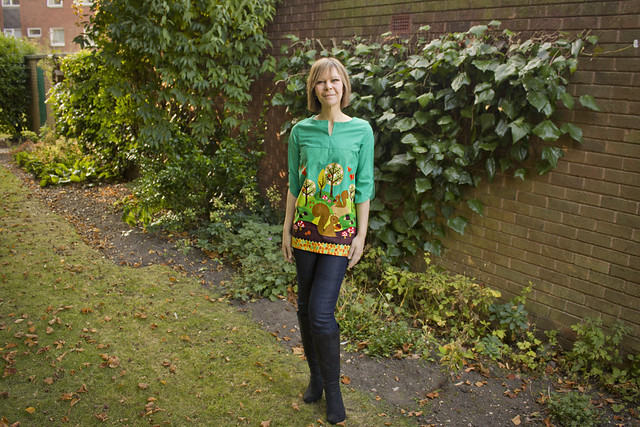 I managed to keep the bottom hem just about straight enough for the yellow leafy border at the bottom edge of the fabric to remain in tact and at a pretty even depth all the way around the top, which was the one thing I was worried might unbalance the tunic. 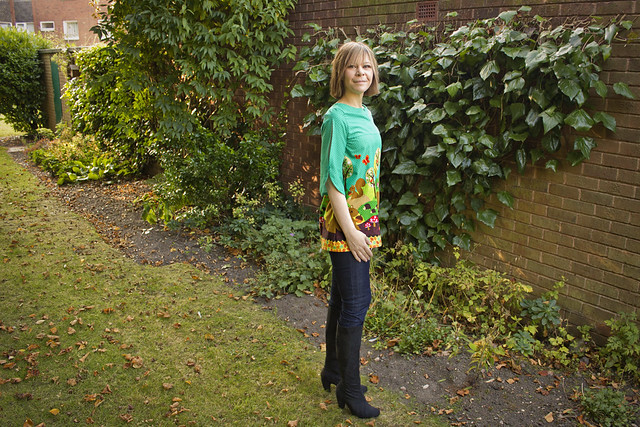 The top itself was very simple to make, and the instructions easy to follow, though I had to make a few modifications to accommodate the smaller amount of fabric that I had. I had to shorten the design somewhat, and had to make the front and back each out of two pieces – using the small tile print up to the underarms and then the border print from the underarms to the hem. 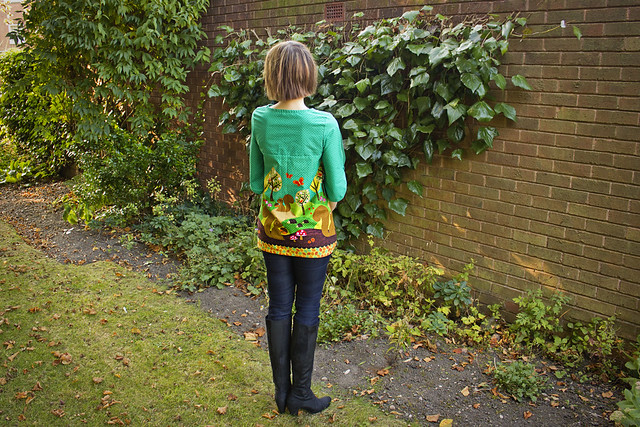 I used the plainer fabric for the sleeves, also, which I think works really well as it keeps the design only to the main body piece, and stops the one-way print design from being confused around the sleeves.

I also made one further modification to the split sleeves. The original pattern called for the sleeves to be kept tied by making small string ties from the fabric. 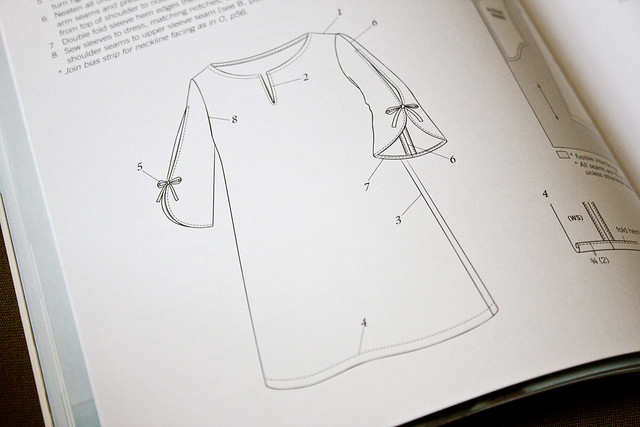 I might have had enough fabric to achieve this, but I didn’t actually check, partly because I was feeling too lazy and partly because I thought the ties would probably eventually annoy me, especially if they ever fell open. Instead I decided to sew a few tacking stitches across the gap at the point where the tie would have been located and instead to sew a decorative button at that point, to finish the sleeve off nicely. 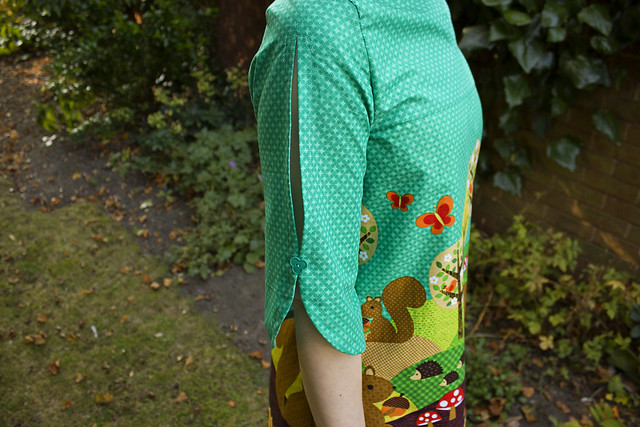 Unfortunately I never actually had any suitable buttons in my collection, so I had to make a couple from polymer clay, but I think the overall effect is quite good with the new buttons in place.

I have also made a few spare buttons in case I should wish to add another further up the sleeve, but for now I think I will wear it as it is, unless my arms start to get too cold. 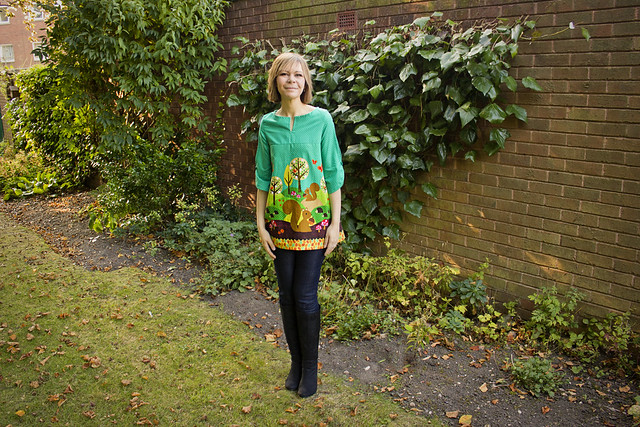 Overall I’m very pleased with this top. The bright bold and cartoon-like print is fun, and most people wouldn’t think twice about wearing a similar print on a T-shirt, but that’s often wear people’s comfort with wearing such graphic designs tends to finish. I’m sure this fabric was initially intended to be worn by children, but I don’t mind raising the occasional smile, or eyebrow.