Time For The Greys To Make An Appearance

A few days ago, whilst I was sitting at my desk contemplating a thirds coffee of the day my colleague turned to me and asked ‘Mimi, did you make that top yourself?’ Much as I would like to think that this colleague and friend was paying me a compliment, I don’t think she was. I don’t think she was being cruel, more ribbing me a little, but I wasn’t too worried as the world would be a dull place if we all dressed the same. 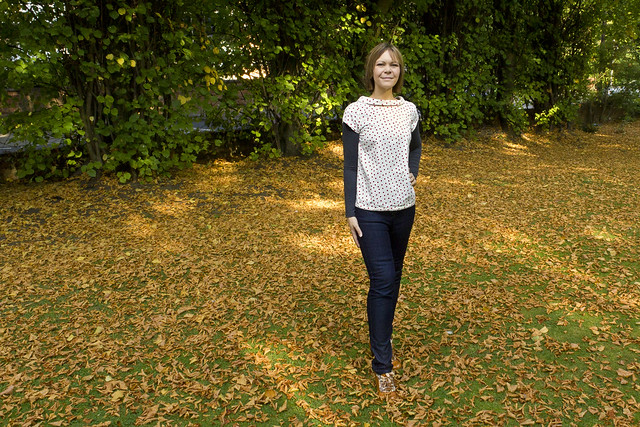 As it happened, I had not made my top – I had actually bought it in a sample sale at a store called The White Stuff, where I had picked up a number of bargains. It was a white cotton top with an invisible zip in the back and short little sleeves. Simple and (I thought) cute.

When I got home I wondered what it was that made it look like something I might have made myself, which lead on to me wondering if I could have made it myself. Before I knew what I was doing I was knelt on the floor in my bra, tracing around the shapes of the blouse as best as I could to try and understand the construction. The front piece was made from two piece of fabric, the back was constructed from four more, and then there were sleeves and the collar: 10 pieces in total. Looking at the bits of fabric in my cupboard I found a single metre of cotton printed with trees and squirrels which I could just about squeeze the requisite body and sleeve pieces out of, though making the two collar pieces from an uninterrupted piece of fabric was going to be impossible – a problem that I would think about later.

I cut and pinned all of the pieces as best I could and set about the sewing. I’ve noticed that as I have been sewing each subsequent project that my work has started to grow neater and more refined as I start to re-assess techniques and the way that I finish my sewing. A very short while later and I had myself a little blouse. 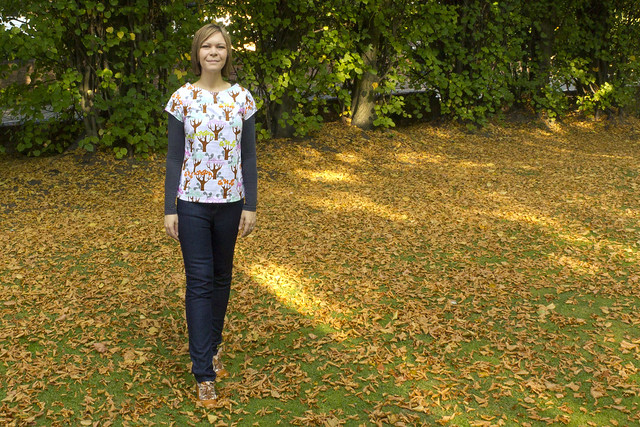 The shape and fit of the garment are pretty much identical to the original blouse, which felt like an achievement in itself. I had to make a few changes to the original due to the issue with fitting the collar pieces to the piece of fabric. I could have made one of the two collar pieces from two pieces of fabric joined down the centre and used a separate plain piece of fabric for the underside of the collar, but due to the way the collar was fitted to the shirt this would in fact men that the collar seam ran straight up the front centre of the neck. My other option was to make each of the two collar pieces from three pieces of the fabric to avoid the centre seam – forming the collar from six pieces in total.

In the end I decided it was all too much of a bother and to do away with the collar all together. Far simpler. 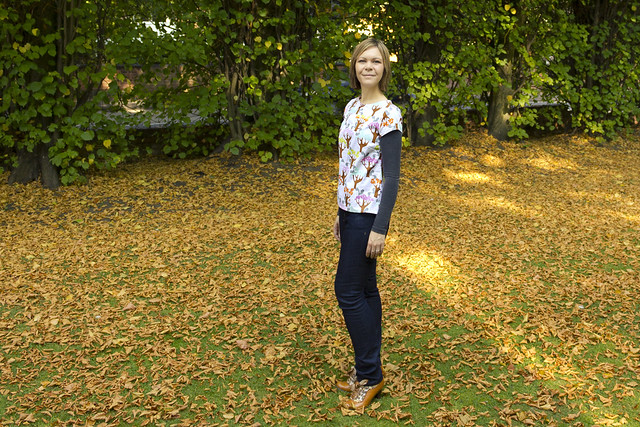 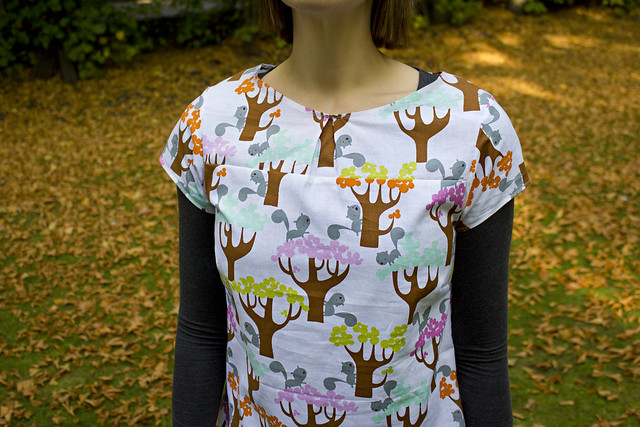 Ok, so it’s a bit of a shame that I couldn’t quite fit the collar into the length of fabric that I had, but I think that a blouse out of a single mere of fabric is quite good, especially when you consider the strongly directional nature of the print. Anyway, what the neckline lacks in collar it has made up for with stitches, because I found a double/twin needle in my box and realised that I had never used on of those, so threaded the machine and got to work with two perfectly parallel rows of stitches. I loved it so much that I also used it to sew the deeper hem at the bottom of the blouse. 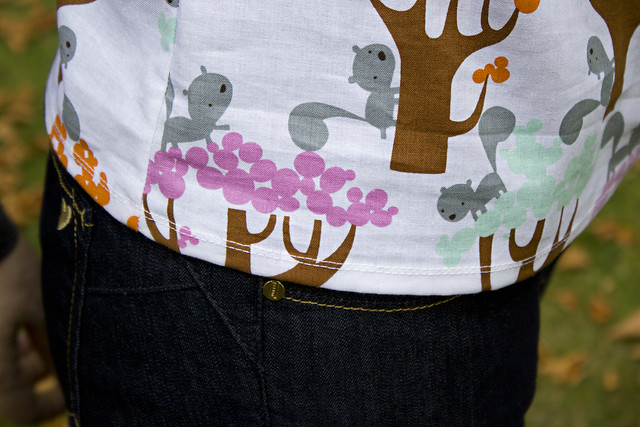 And how cute are those squirrels? It might seem like I am on some kind of mission to make all my clothes from squirrel fabric at the moment after my Autumn Skirt and matching Tunic, but it’s a complete coincidence. I’ve had this single metre of fabric hidden away for quite a while, and now I have a full compliment of red squirrels and their grey cousins (and I know there is a lot of strong feeling in the red vs grey squirrel debate, but this fabric is so very cute either way.) 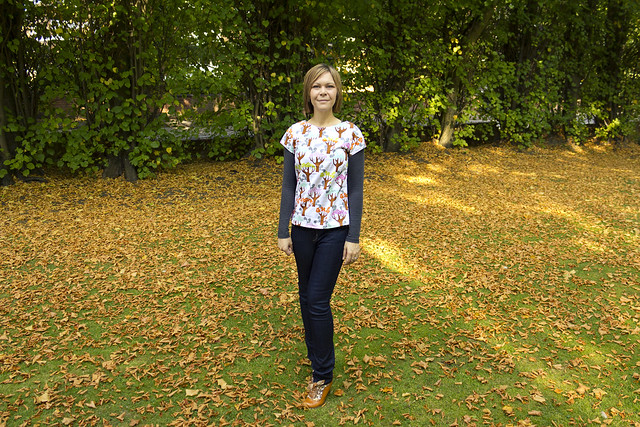 But this may be the end of the squirrel clothing line. I have looked at my remaining couple of pieces of fabric and there’s not a single bushy tail remaining. It’s probably for the best as my colleagues are likely think me a bit nutty.

No apologies are made for the above pun.

10 thoughts on “Time For The Greys To Make An Appearance”