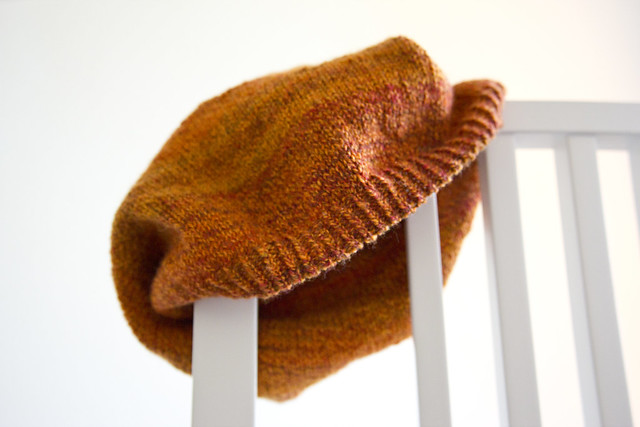 I have finished my first new project since I finally found time to get back into my usual creative flow of ideas and activities. This hat practically flew from the needles in a very few hours, its speed hastened by a mixture of the pure excitement to be knitting again. There was also a thrill of knitting with my own handspun yarn and the anticipation to see if my ideas for the hat would work out, all the while testing my imagined geometry to make sure it worked as an actual piece of shaped knitted fabric. 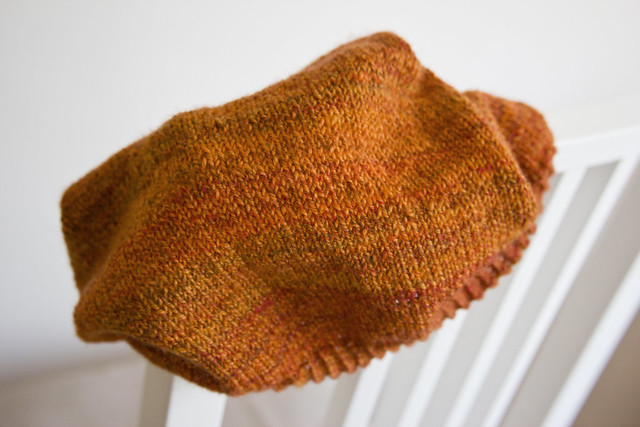 The knitting had started out as a simple stockinette, slightly slouchy hat, just about as simple a knit as it was possible to be, but I was nurturing an idea for the crown of the head that would allow me to play with the shaping and closure of the hat top. I was pretty certain that the planned geometry I had visualised would work as well in reality as it did in my head, but the proof is in the knitting, so it was only once I had made it through to the very final few rows that I felt certain that I had honoured my original conceived idea. 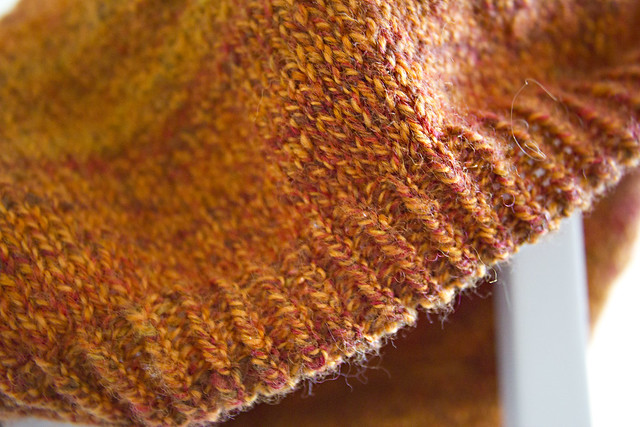 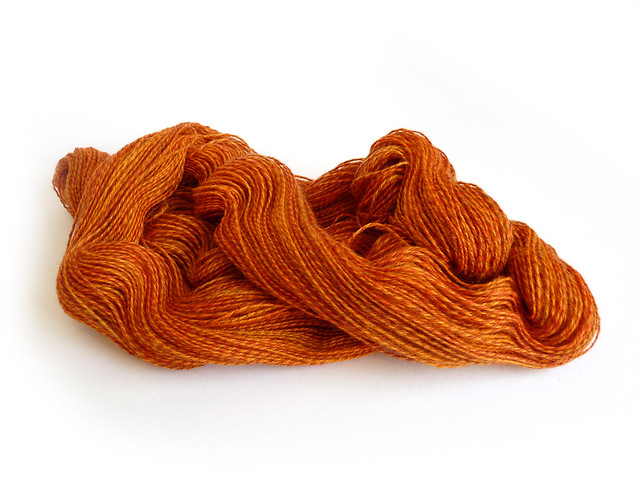 I’ve thought a good while about it, and I’m not sure I am going to block this hat. The stitches are pretty even, but what variation there is in the texture given by the handspun yarn I would like to preserve as much as I can, so I am considering leaving it unblocked (until, of course, it eventually needs an inevitable wash). It’ll be a while until the pattern is ready, but hopefully Mr Awesome will be able to put some of the practice with the camera that he amassed over the course of our honeymoon to good use by taking a few pictures of the hat being modelled.

3 thoughts on “A Newly Finished Hat From Handspun Yarn”