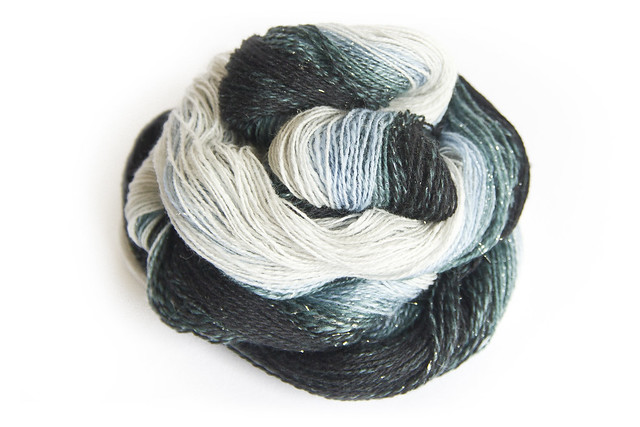 Last week I completed a simple spinning project that had been on the wheel for a while. This basic, 2-ply yarn started out as two gradient batts that the seller (JustADaydream on Etsy) had named ‘Storm’. 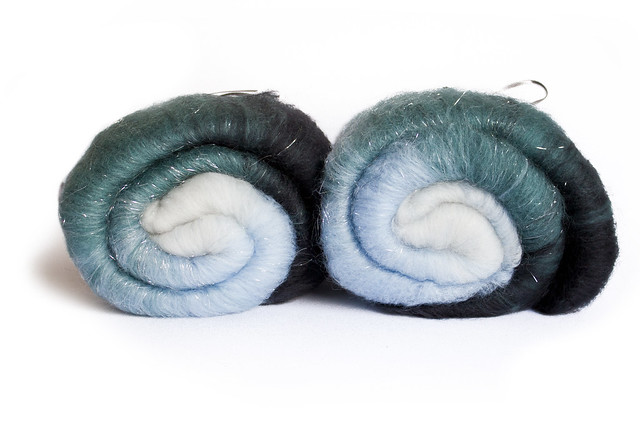 The finished yarn then got the nickname Stormborn, after my favourite character from Game Of Thrones, because a geek is a geek.

The yarn is 98% merino and 2% angelina, which adds a bit of sparkle. 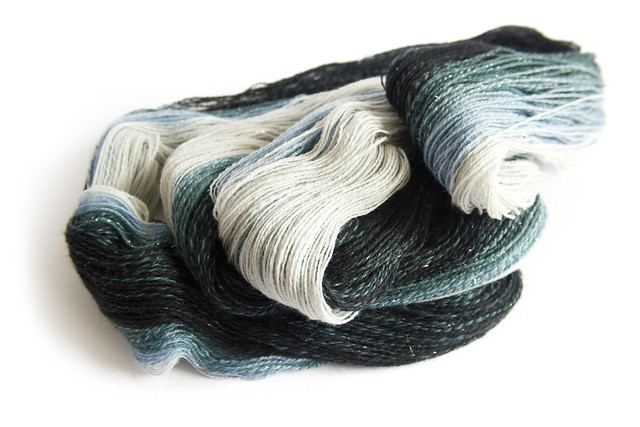 The fibre was for the most part an enjoyable spin, though as seems to be the case with many dark dyed fibres, I did find that the darkest two shades contained in the blended fibres to be quite matted. One area of the black fibre was so matted that I had to pull free a lump the size of a large coin embedded within one of the batts and just throw it away. 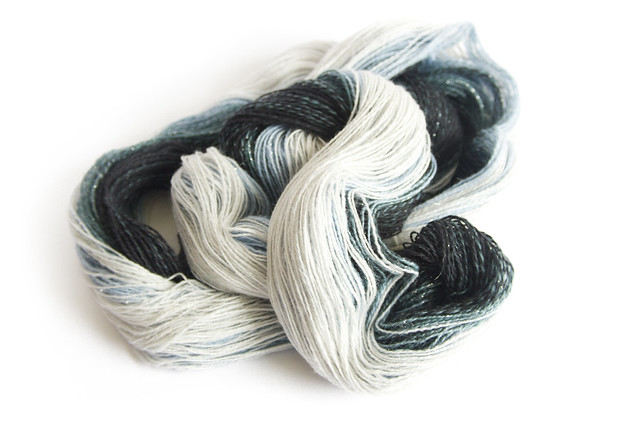 I think I might also have preferred if the angelina was spread evenly throughout the batts. The fibre seems to have four main shades – white, a pale blue, teal and black. The white and black areas contained none of the angelina, which was instead distributed only through the middle range shades, where it often appeared so dense that I felt at times that I was spinning areas only of angelina and no merino. I think I would like to have had the sparkle run throughout the yarn, especially into the white fibre where I think it would have looked quite ethereal. 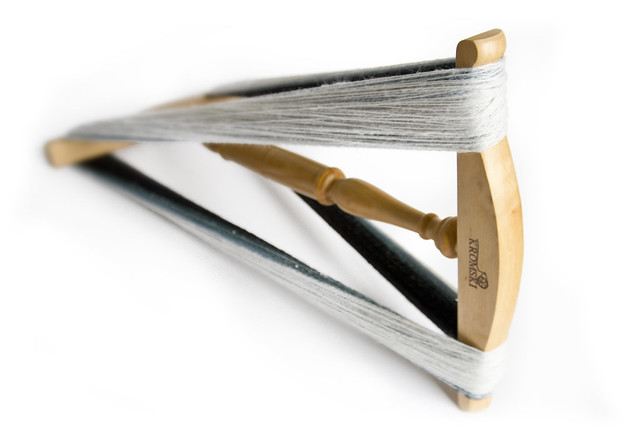