Progression – The Great British Sewing ME

I have often considered (and occasionally written about) the progression of skill in crafting and how different people variously approach further learning in their craft. I admit a strange unease and frustration when I have heard people discuss at stalls or within stores the knitting patterns that they are willing to try by making sure that the stitch key does not list a stitch which they have previously not attempted. I believe I have mentioned before the woman standing at a market stall searching for patterns in garter stitch because she couldn’t purl. Her friend and companion was obviously used to the speech as she helped her rattle it off as if by rote, but still listened to how she had been knitting for thirty years and had never learned to purl and wasn’t going to start to learn now.

Though a somewhat humorous exchange, I couldn’t help but reflect on how limiting this would be, and how the majority of the wealth of beautiful knitting designs were suddenly struck from possibility with such a self-limiting declaration.

I decided that when I started to try to get to know my sewing machine a few months ago that I would try to accrue various skills as I went along. I am still a beginner sewer, but I have enjoyed the various patterns and associated skills I have tackled and learned in my sewing projects, hopefully either learning something new or improving on the quality of my work each time, but I have decided that it is time to jump out of the training pool and go for a swim with the big fishies. 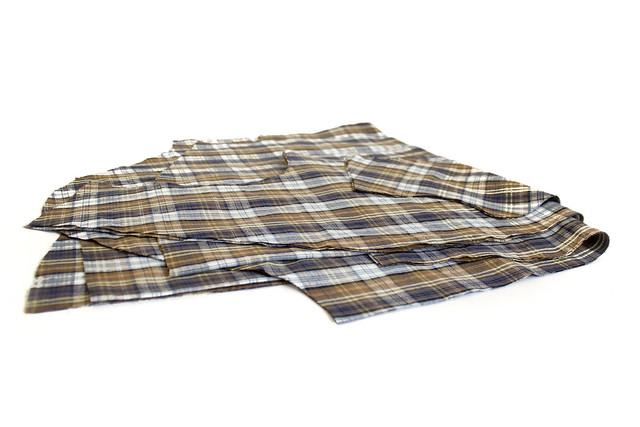 So, I’ve decided to make a shirt: a women’s shirt with all associated collar and appurtenances. And because I just thought ‘ooh, pretty’ rather than sensibly decided what might be a good first garment, I have chosen both a fabric that will need a bit of lining up, a shirt front which is pieced together from multiple panels and is multi-directional, with some pieces cu on the bias. Clever, I know.

But my thinking rests along the lines of one of two things happening. Perhaps the lesser likely result will be that I end up with a nice garment which is wearable despite a few (I think inevitable) flaws and something that though perhaps not perfectly fitted at least is vaguely body-shaped. Or maybe instead it will end up a crumpled pile of fabric bits pieced together wrongly and with many a wonky stitch line and problematic seam, but surely with a few learning taken away; how to get great buttonhole tension maybe, or just experience of sewing something the size of a shirt and how best to handle the fabric. 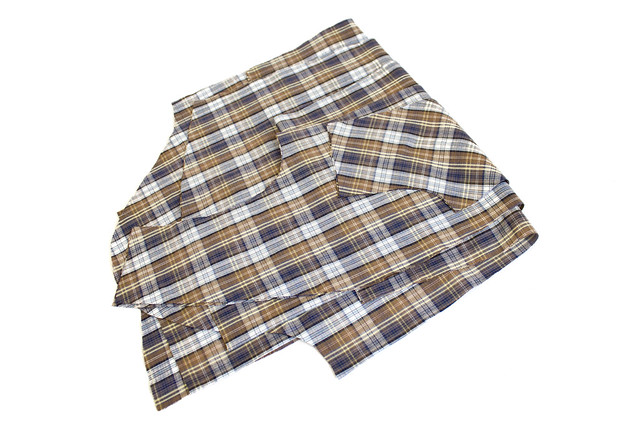 What I don’t want to do, however, is just admit that I have found my level and built my skill set to a point where I am happy to leave it suspended. Mistakes and failure can be both the greatest learning tool but also the biggest motivation to change.
I remember that on The Great British Sewing Bee last year it was said that a shirt (though in that case a man’s shirt) was one of the hardest things to complete to a good standard, as it will show up every single flaw, but perhaps when learning this will be a great way of tracking and assessing my progress.

But I know not everyone wants to build upon their skill set forever more. Perhaps craft is more relaxing for some when in the more automatic mode that is perhaps only achievable when you know the steps and elements of the thing that you are creating as if they are second nature, like all the miles of knit stitches that woman must have knit, never interrupted by a single purl.

8 thoughts on “Progression – The Great British Sewing ME”