Works In Progress: The Jumper Extension And Something Coral 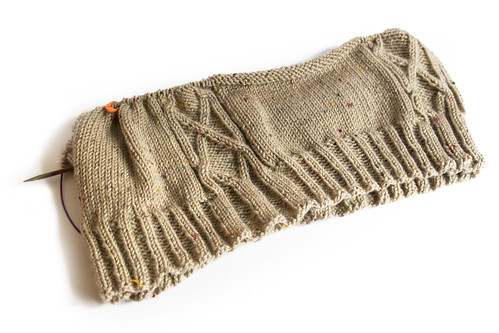 Mr Awesome’s jumper has moved past the rows and rows of ribbing and onto something somewhat more satisfying as I have reached the main body of the knit. The pattern is written to be knit back and forth with the front and back sections of the sweater knit separately, but life is too short for needless purling, so I have decided to knit the sweater in the round.

The pattern is also and old style line by line written pattern with no chart, so I spent a few minutes in front of Adobe Illustrator drawing up a chart for the cable sections so that I can read the patterning at a glance – far better for TV knitting as I don’t have to scan along the lines of the pattern.

The knitting has sped up somewhat now, with stretches of stockinette that break for the cable panels, adding just enough interest to the knitting process to stop it from being boring.

I also have another project in progress, for which my working material is one coral coloured Polarvide blanket/throw from Ikea, which I purchased for the grand sum of £3. I know that I have said it before on this blog, but I really do think that these throws are the best source for cheap fleece fabric. I can’t think of anywhere else it might be possible to buy a 170x130cm (67×39″) length of fleece fabric. 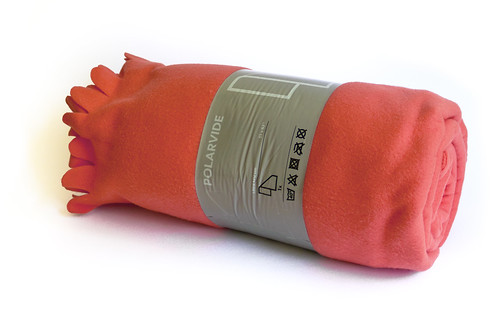 Anyway, I picked up a couple of these fleece blankets in different shades to have a play with and have started a new project with one of them. It’s only in the first stages of being formed, but I’m already hopeful that it will turn out quite charming. 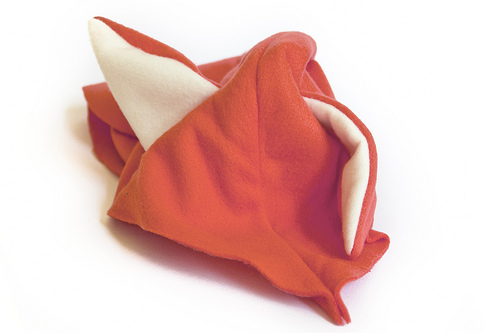 I’d be quite surprised if anyone could guess what this is at this stage, and I’m not entirely sure it looks as I expected quite yet, but we’ll see…

5 thoughts on “Works In Progress: The Jumper Extension And Something Coral”