Whilst knitting myself a sweater I promised Mr Awesome that once I had completed the knitting, blocking and making up of the project we could, if he ever fancied, perhaps look at a pattern for a sweater for him. I said this quite tentatively as I did not know if he’d want to wear a hand-knitted sweater of his own, and I wasn’t about to force hand knits onto him. But things tend to father steam when Mr Awesome has an idea in his head, so he found a sweater pattern he liked, we looked at yarn shades and a day or two later there was a new sweater on the needles. 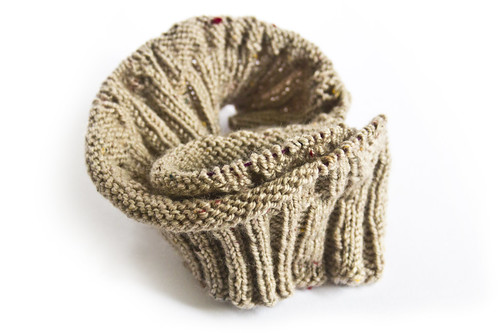 OK, there’s not much of it yet, but in a few weeks Mr Awesome will hopefully have a sweater as handsome as himself.
But I also like to have a few short-term projects either on the go or at least in mind, alongside a longer-term Work In Progress, and sewing projects made from a single metre of fabric hit that spot perfectly. 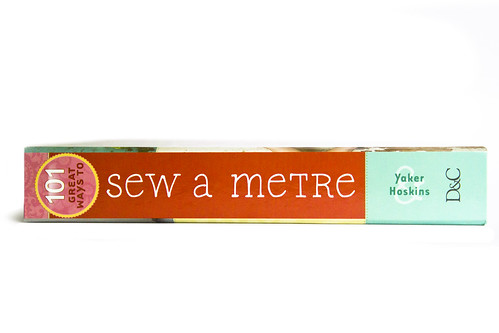 There are still so many projects that I want to make from this gem of a book that I can hardly tell you how much I like it. The possibilities are so numerous that I spend a lot of time just leafing through the pages thinking of what fabric would best match which project.
If I’ve spent a lot of time doing that over this last week or so, think how much time I am going to spend now. 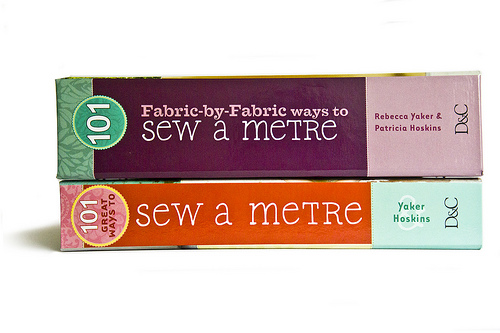 OK, so I love the first book, but I love the second book so very much. It is amazing. It’s so amazing that I have taken a day off of work tomorrow just to have a play. I shall definitely be reporting back…
Author: Mimi
Filed Under: Craft, knitting, sewing, WIP
Tags: book, jumper, sweater
FO: Folklore Bag: 101 Great Ways To Sew A Metre Book Review.
FO: Botanic Retro Bag