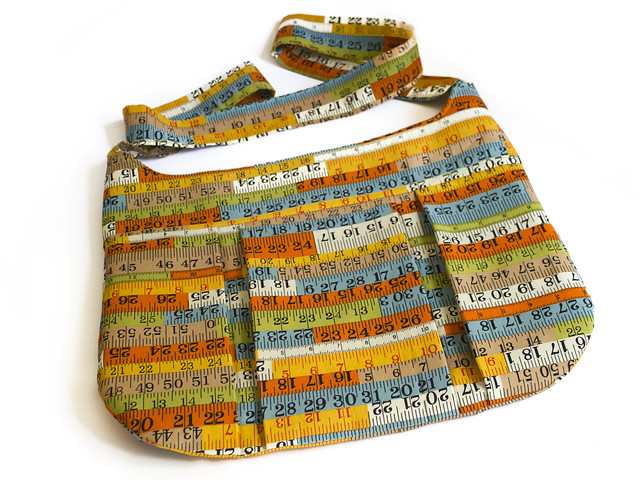 I decided that I would re-make the Retro Bag from  the 101 Fabric-By-Fabric Ways To Sew A Metre book, with a few modifications. I think that this is perhaps the simplest of the three bag patterns that I have sewn so far, so I thought it would make a quick project for a day when I wasn’t feeling well, and I wanted to play with one of the pieces of tape Measure design fabric that I had bought on my shopping trip in Wales. 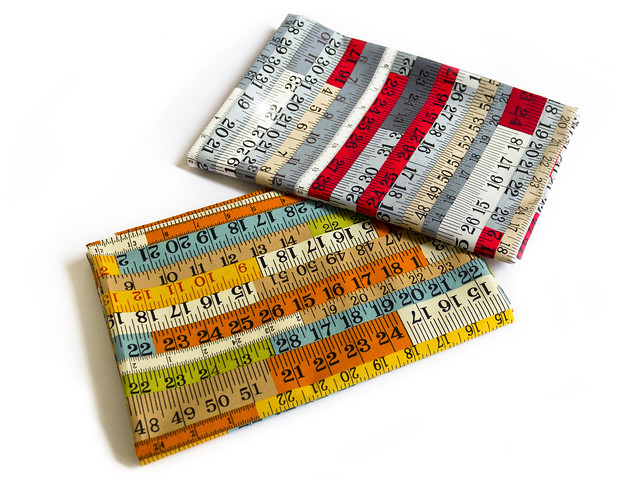 If you read any other craft-type blogs at all you have probably seen this almost ubiquitous fabric design a thousand times before, but I missed the initial flurry of projects made with this print with a nod to the haberdashery as I have only this past two or three weeks started to try to teach myself to sew a little. I had originally bought this fabric to make a few project bags with, and I still may yet make a couple with the other colourway that I purchased, but I also thought it would be nice to have a decent size bag that I could throw things in to take to work with a design that might remind me of all the creative things I had to look forward to when I returned home at the end of the day. 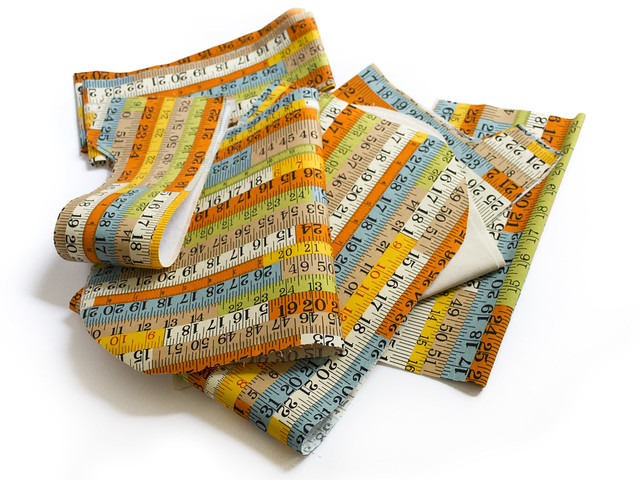 To maximise the potential use I might get from this bag I decided to make a few modifications to the size, adding an extra three inches to both the depth and width of the completed bag. When compared with the original version of the bag you can see the extra room that this modification has provided to the finished item, which is perfect for anyone who, like me, likes to be prepared for any eventuality. 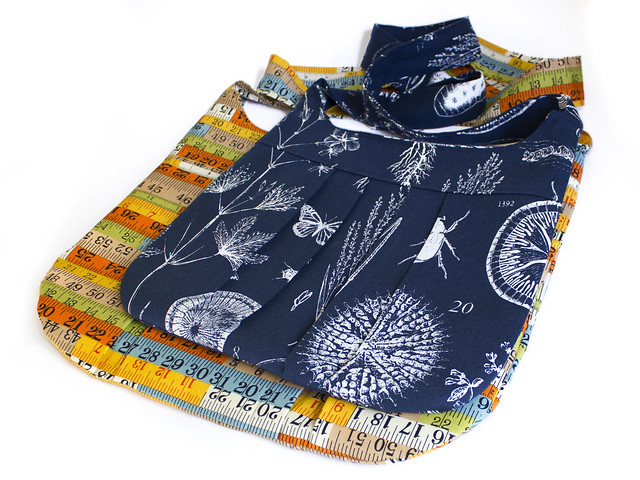 This used up more of the tape-measure design fabric, though I still had plenty as I lined the bag with some plain, light coloured fabric (as I have done with most of my past sewn bags.) There were a few further modifications that I made when making this version of the Retro Bag. I decided to handle the orientation of the pleats differently just to give a slightly different appearance to the finished project. 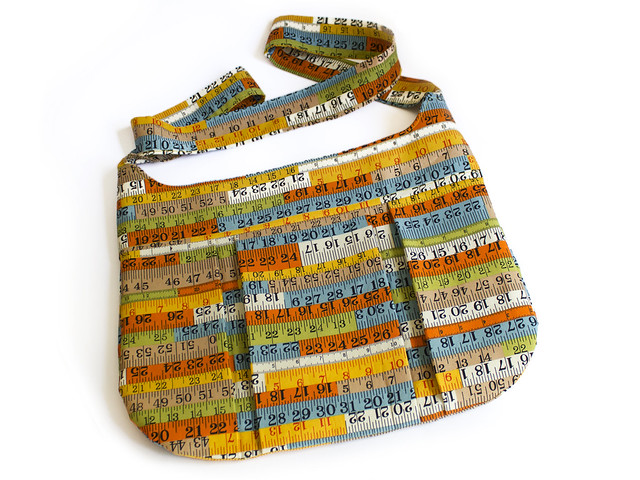 The pleats form two sections of box pleats that don’t quite meat. This essentially splits the front of the bag into three bold panels to show off the fabric.

On top of these modifications I also gave the fabric a slightly different treatment. I have noticed that in half of the bag patterns I have used the pattern calls for you to add interfacing to the shell fabric, whereas the other half of the patterns that I have used call for the sewer to add interfacing to the lining instead. The pattern for this bag asks for the interfacing to be attached to the lining, but I decided to try a product that I had been waiting to arrive from eBay – Fusible Fleece. I had noticed that quite a few bag patterns call for the use of fusible fleece. I had a bit of a read up about this and it is used to add volume and strength to thin fabrics and to make them feel more substantial and luscious.

Another little addition that I enjoyed using was one of the magnetic bag clasps that I had ordered. Little touches like this make the finished item item look so professional and add a little extra functionality to the finished project, as does the addition of a second inner pocket on the lining: 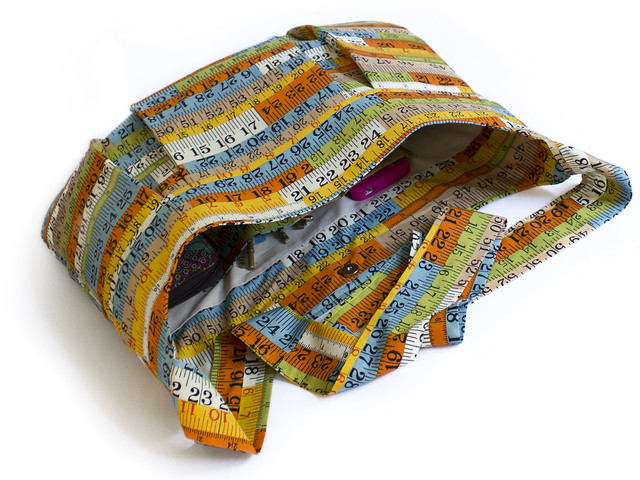 I’m really pleased with how this bag turned out and now that I am familiar with a number of the construction and shaping techniques used and have been able to experiment with a few modifications I think I might have a go at designing my own simple bag next time I decide to make one.