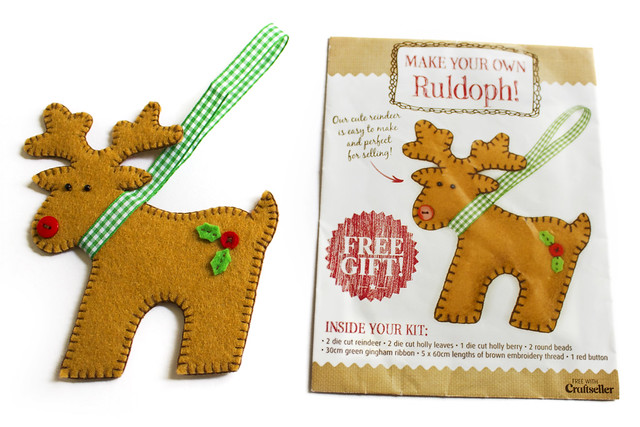 I completed the first of the panic-bought magazine kits whilst sitting with my feet up on the sofa one night, warming my hands every few minutes on a mug of hot chocolate and watching some television. The whole project took less than an hour to put together, and was extremely simple due to all of the pieces having been pre-cut.

However, one thing I will say is that it’s a good job that I know how to blanket-stitch. A pretty basic skill, I know, but unless a reader has done at least a bit of sewing before it might present a problem, as apart from a mention on the cover I cannot se any reference at all to the free kit included with the magazine. No instructions were provided with the kit, so   I couldn’t even see if the reindeer was intended to be stuffed with a little polyfill to give it a bit of dimension. If a reader was presented with the instruction to blanket stitch around the edge of the felt pieces, even if that person did not know how to blanket stitch they might be able to look up the instructions, but I have scoured that magazine five times now and I am sure that there is no mention of the included kit, unless I have somehow lost a page or two. It didn’t phase me at all, I just thought it a bit strange. 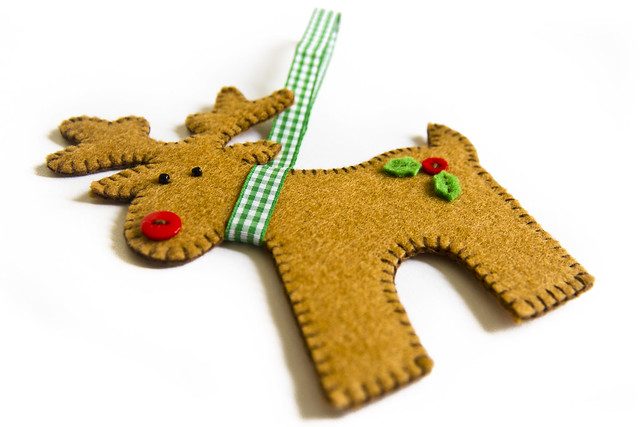 The kit made a very charming decoration, but the pieces included could equally be used to make many more items – appliquÃ©s on Christmas stockings, formed into a christmas brooch or even a fun but arty necklace. There are so many ways that the pieces of this kit might be used that I think it might be something that magazines with free gifts like this that thrive on selling the ideals of creativity and ideas should look into more. Send the same kit to ten or so crafty people and see what they do with their allotted materials – it would give their readers a great sense of what was possible as well as increasing the desirability of the free kits and the magazines they accompany.