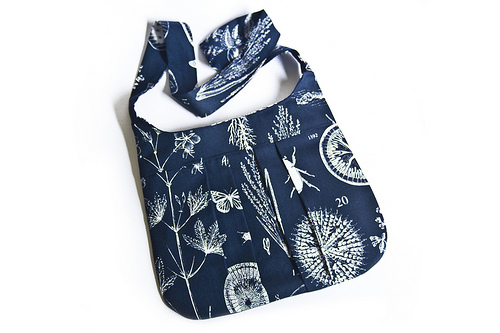 Today I have a day off work, all by myself. Usually Mr Awesome and I would arrange for our days off to fall together, but I have a couple of extra lieu days to claim back, and so today I found myself waving him goodbye from the warmth of the duvet intending to have a little rest. But my favourite kind of rest is not laying static and sleeping, it’s doing something enjoyable and usually creative, so today I decided that I was going to try a pattern from the second of the 101 Ways To Sew A Metre books (‘101 Fabric-By-Fabric Ways To Sew A Metre‘). 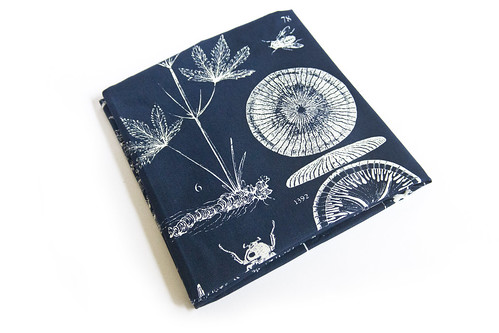 I decided to use a piece of fabric I had picked up from Ikea, called ‘Blaving’. It’s a furnishing weight cotton fabric in an indigo colour printed with pictures of various botanic and insect samples. It cost the grand sum of £4 a metre, but as I decided to line in a lighter fabric and this fabric comes in a 150cm (60″) width, I only used half of the metre length that I purchased. 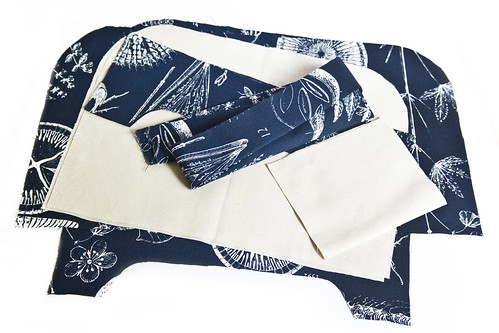 I decided to use calico for the lining as though you can get the bag and lining out of a single metre of 110cm (44″) wide fabric, I think a lighter colour lining fabric makes it easier to find your purse and keys inside the bag when you’re on the go (incidentally, I also bought the light calico at Ikea, for £2 a metre, and used quite a bit less than half a metre for this bag). 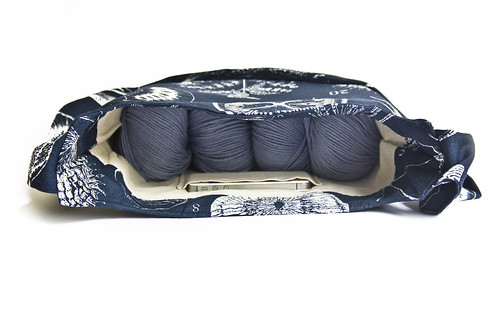 Because I wanted to line the bag with a different piece of fabric but retain the printed fabric near the inside of the bag opening I had to adjust the pattern a bit so that the lining pieces were made up of a little of the printed fabric sewn to the main calico lining. The one other small adjustment I made was to make the inner pocket slightly bigger than the one called for in the instructions so that it could comfortably hold my phone. Other than these two small modifications the bag is made as written in the pattern. 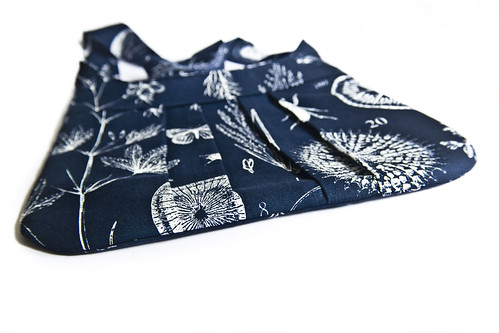 Unlike my last bag this time I made sure that my pleats were laying in the same direction as the bag in the picture, though this was made a lot easier this time as the second installation of this series of books has far clearer markings for the pleats as well as very clear instructions on which way the pleats for this bag (simply called ‘Retro Bag’ in the book) should lay. 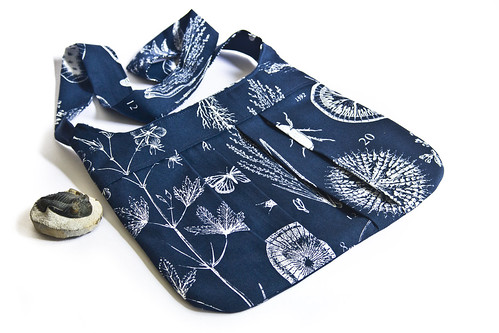 I absolutely love this book and have already spent a few hours just leafing through the pages thinking of all the things I’d like to make and just planning what to try next. It just seems so full of scope and great ideas, and such great value for money. When I thought I’d get lost among the four huge sheets of tissue paper that held pattern pieces for the first book it was a mere precursor to the nine sheets that make up the pattern pieces for this second book, but it’s so much fun and so satisfying to sit cutting out pattern pieces, itching to get your hands to the fabric and start sewing. 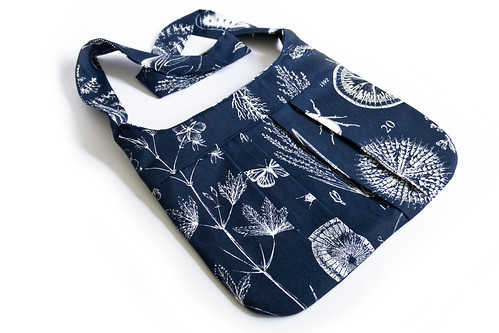 I might try and match another pattern to some fabric later this weekend, but for this afternoon I am going to engage in the sofa-based activity of knitting and drinking hot chocolate. Have a fab weekend!