The past few days have seen the annual long weekend where we traditionally go away with a huge group of friends to eat, drink, be merry and play boardgames (whilst maintaining the eating and drinking theme). Because it is a number of days away from home and I am not so hardy as some of my companions at withstanding the late nights and hard partying that the cottage weekend has grown to become, I like to bring with me some quiet, enjoyable craft that I can curl up under a blanket with to give myself a little bit of downtime whilst staying amongst the noise and energy of my companions. As the body of Russell’s jumper is a relatively simple knit I decided to take that with me to concentrate working on, but we had only been at the cottage a couple of hours when I suddenly realised with some horror that I had not seen or unloaded the bag with my knitting from the car and that it was still sat at home, far away from me.

In a bit of a panic I decided that I needed something to help me to settle down in quiet moments and so we hit the news stands at the local supermarket, looking through the selection of magazines that came with little free kits that I might be able to work on, and I picked up two titles: Craftseller and CrossStitcher. 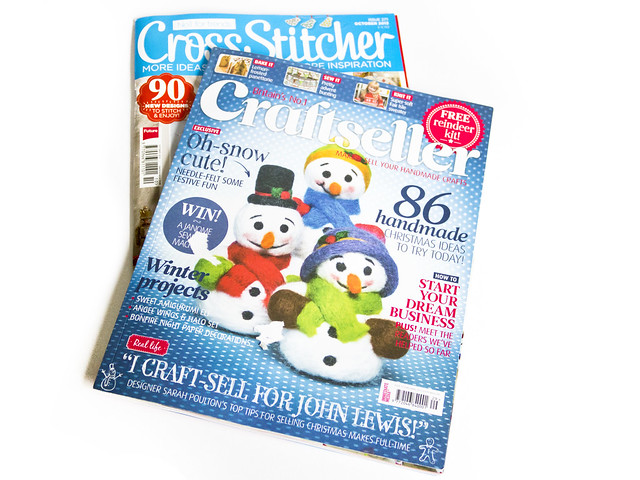 I have bought CrossStitcher a number of times before, mostly for the little kits that used to provide me with a few hours of distraction when I never had any yarn or knitting tools. The kits are usually quite standard and simple and easy to complete. The one that was included in this issue of the magazine was for a stylised dove motif stitches using dissolvable canvas on a piece of linen cloth to be mounted in an embroidery hoop. One thing that was immediately a bit problematic was the the  nut and bolt that are supposed to hold the embroidery hoop together were missing, so I’ll have to rig up some other way of holding the completed project together. 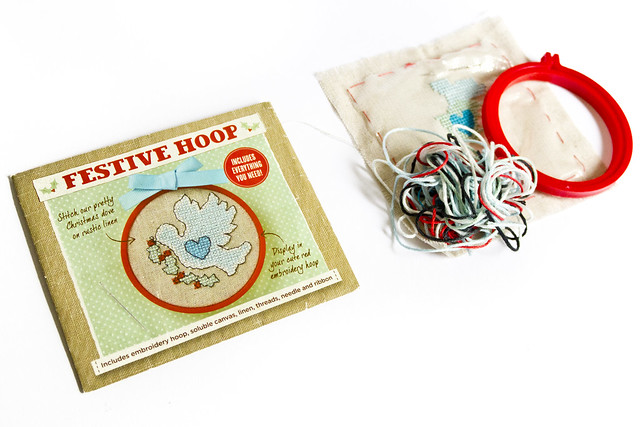 The second magazine that I bought was called Craftseller. This is the first time that I had seen this particular title, and the premise struck me as slightly strange. As the name suggests it is a magazine specifically aimed at people who wish to make a profit from their crafting endeavours. Many of the mostly small and simple projects have a summary of the cost per item made lines up against the likely selling cost of the finished project. In the most part these suggested selling prices are very low considering the time taken to complete the projects, but still quite high for the finished object. I personally think that the projects included work far better for little personal projects to enjoy creating and keeping yourself or giving to friends as special gifts. 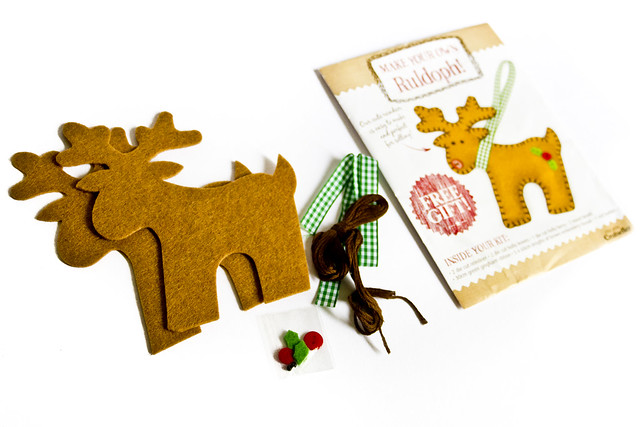 As I have returned from the cottage trip with a truly exhausting bout of the ‘flu (and I promise it is the ‘flu and not a hangover!) I feel encumbered by the bulk and restrictions of a large knitting project and I ache and hurt to sit at the sewing machine, so I am going to complete both of these little kits in my quiet moments as well as perhaps set up to knit a much smaller project that I can hopefully complete in a day or two. Hopefully when I am better I will also be able to give a little attention to my sewing Work In Progress which currently looks like nothing on earth. 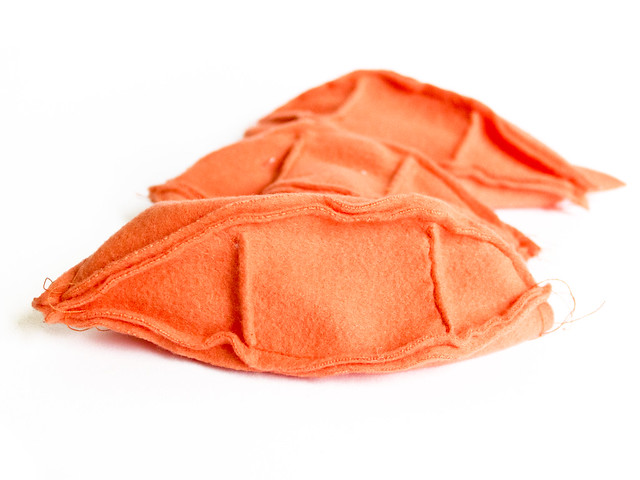 I hope that if this is your first visit to the new site that you like the changes. I think it looks a lot cleaner and simpler, though there are still a few tweaks that I will likely make as I go along. There is a new blog feed available, and some users may have to re-subscribe if you usually follow via Bloglovin’, Feedly, Newsify or any other feed aggregator/reader (though obviously if you are reading this in an RSS feed then it would seem to be working fine – hurrah!) I have also updated all of the social media links available in the sidebar. Please do let me know if you notice anything that isn’t working properly, or any dead links. This should be a lot easier now that I have been able to move away from Blogger’s commenting service to the much more streamlined WordPress commenting form which will hopefully now not exclude anyone from commenting!

Thanks again for visiting and being a reader of Eskimimi Makes.