The other day I did something for the first time. Something exciting that caused, like all new exciting things, a bit of a flutter in the chest as the adrenaline made itself known around my body, spreading outwards until it reached the tips of my fingers, making them shake at the crucial moment. A few double, triple checks, I walked away, reconsidered, and then went for it. I pressed the button to purchase a whole jumper’s worth of yarn (or a sweater’s worth, if you speak a more Americanised English). 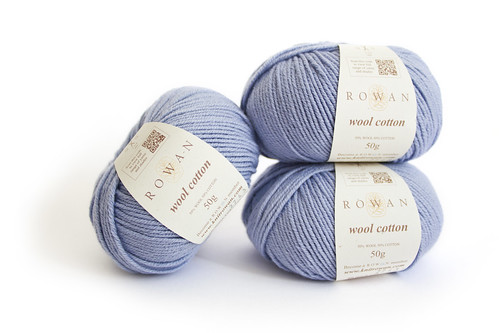 This is the first time I have been able to do something like this, and though even at half price a jumper’s worth of yarn is very expensive, I felt relieved and excited as soon as I purchased the yarn. It was out in the next morning’s post and delivered the following day. 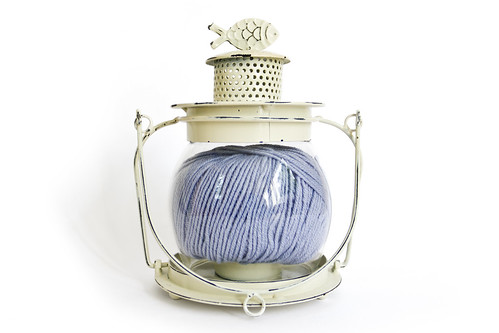 Rowan’s Wool Cotton, a 50% Merino, 50% cotton blend was my choice for something that I could wear in the temperature controlled climate of an office that would feel more snuggly and substantial than just a shirt and yet not overwhelm me. The yarn feels smooth and with a good mixture of strength yet spring. It’s a lovely blend and has a very slight sheen to the tightly twisted plies.

I had been slightly worried that it would make for awkward knitting due to the restrictiveness sometimes found with cotton yarns, but the merino adds just enough give to make the yarn a pleasure to knit with. 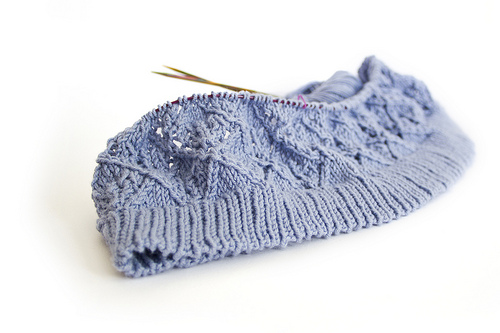 I am not knitting from a pattern as such. I had started out hoping to knit one pattern in particular, but by the time the yarn arrived I decided I didn’t like that pattern so much any more. I started out knitting that pattern anyway, as per my original plans, but despite my gauge being as perfect as it could have possibly been the jumper was coming out too wide. So, I frogged it, started again using special Mimi version maths, and then decided to just knit whatever I fancied. So I got my stitch dictionaries out, found a diamond lace motif as a starting point and began knitting.

I know this sounds like risky business, but I am now a knitting adrenaline junkie, so my caution has been thrown headlong into the wind. 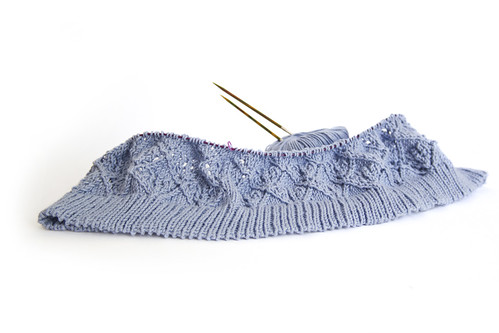 Each new row I knit of this jumper helps to remind me why I love knitting so much. It’s like a little adventure where you think you know what the ending will be but keep on needing to turn corners to get yourself closer to the conclusion of the story. I’m sure there are knitters who hate the feeling of unsureness and anticipation and so stick to tried and tested patterns, but for every little bit of risk taken the times that these lead to successes always feel that much sweeter. Plus, I can always unravel the lot and begin again.