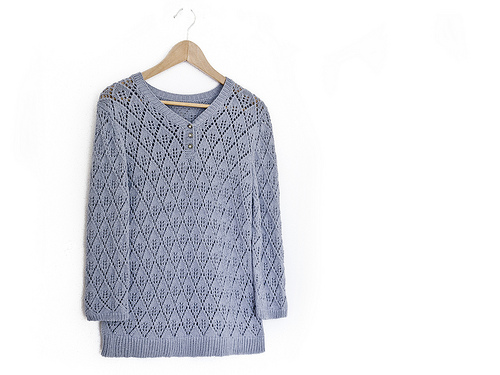 Once I had managed to get past the hesitation to knit bought about by a period of bad feeling and ennui, I managed to power through the second sleeve of the jumper that I was knitting, matching the shaping notes to those that I had made whilst knitting the first sleeve. This jumper was knit with a little knowledge and a lot of guesswork, but seems to have turned out just right (thanks to some added luck, I have no doubt). 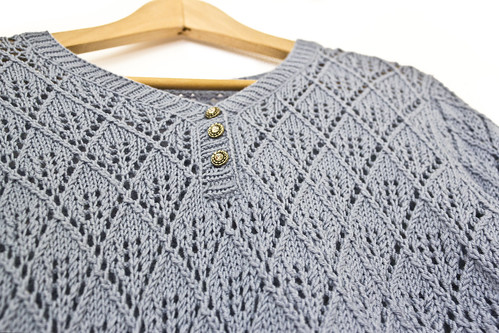 I had actually started off with the intention of knitting the Sunday Henley sweater, but by the time the yarn had arrived I decided to change a few things about the pattern. Firstly I wanted to change the stitch, then the length, then the shaping and finally the sleeves. In the end the only thing that remains from the original pattern is the neckline. 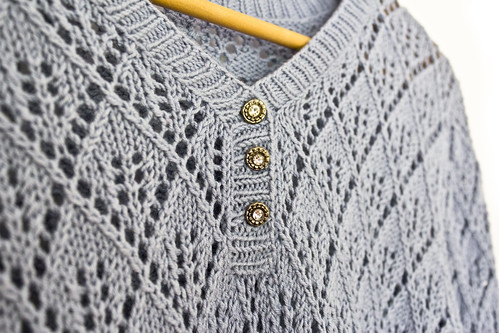 If it hadn’t been for the stopping and starting this would have been a much quicker knit, but with the week and a half’s needle inactivity it ended up taking just over three weeks from cast-on to every end woven in. I gave it a wash and spin after finishing, and though it is mostly dry it will be another day before it is ready to wear.

I picked the buttons for the neckline up from Abakhan when we stayed in Wales for a weekend with some friends, and they add a little bit of sparkle to the finished knit.

The only bit of the project that I was a little bit nervous about was joining the sleeves to the body neatly, to keep a smooth joining line that didn’t look strange around any lace areas. 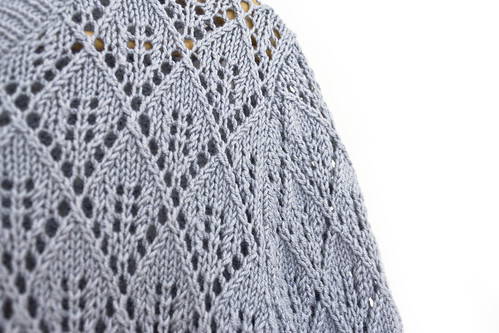 Adding an extra selvedge stitch gave me a nice clean line of stitches to work with when seaming, without adding too much bulk around the lace areas, and I think it has finished the sleeves off nice and neatly.

I had bought 14 balls of Rowan Wool cotton for this project, the yardage for which I got from referring to the Sunday Henley pattern, but despite using the same gauge and a stitch pattern that should have used a similar amount of yarn and all the while knitting the jumper longer than the Sunday Henley sweater, I still have six and a half balls left over, so now I shall have to find a new project to incorporate those into. 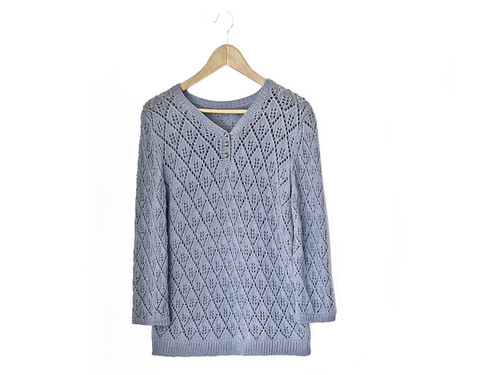