Mr Awesome and I have had a week off work. Time to just relax and spend time together away from the stresses of jobs and feeling that we aren’t having enough time just for us. We hadn’t planned anything particular for the break (or at least I didn’t think we had), but on Tuesday morning I was told to pack a suitcase for a couple of nights away.

A little more than an hour later and we were in the car, off to a destination that could have been to just about anywhere, as my geography is so lacking that I couldn’t even work out in which direction we were travelling for quite some time, but turned out to be the Isle Of Sheppey. 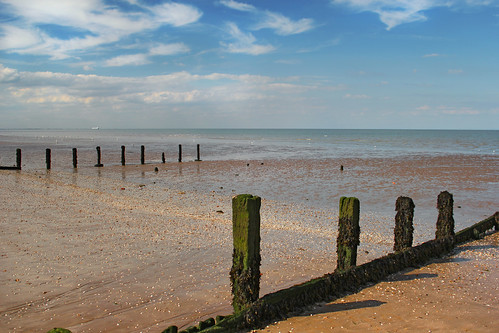 I have so many memories of a childhood on this beach in Leysdown, and wonderful memories of my grandfather, that I kept feeling my eyes spontaneously welling up over the days that we were there. The beach and Seaside town of Leysdown were completely unchanged from when I was young, with the same shops and cafes that must have been there for about 30 years or more.
The most important view for me to take in was of Warden Bay and Warden Point, after which these socks, which were knit almost exactly three years ago were named after. 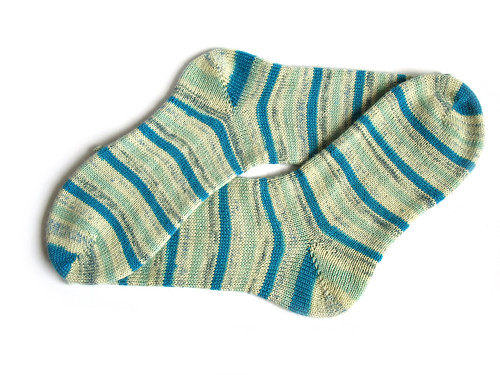 We sat on the beach for quite a while, as I pointed out the cliffs and beaches that made up so many scrambled walks when I was young, and I sat a long while and just took in the view of my childhood. 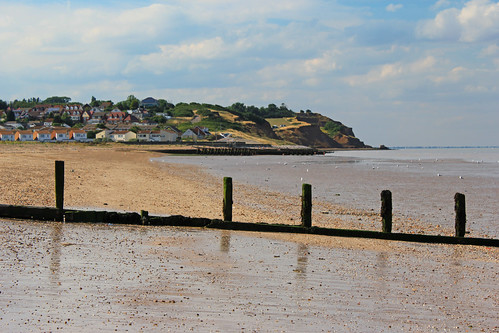 I told Mr Awesome all about the SS Richard Montgomery, the story of which I learned from my grandfather when I was very young. The details had become vague in my memory as years had passed, but when we managed to find a phone signal and some 3G coverage, we could fill in all the details of this strange and dangerous tale, which really is worth a read. 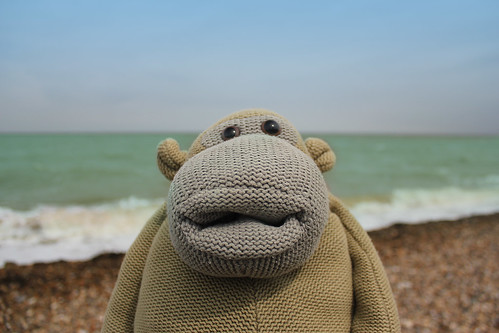 Giantmonk was, of course, invited along, and so experienced his first ever trip to the seaside. We picked up a single shell from the millions that adorn the beaches of Leysdown and the appropriately named Shellness as a souvenir, and I knit on some appropriately seaside hued striped socks, a long haul WIP. 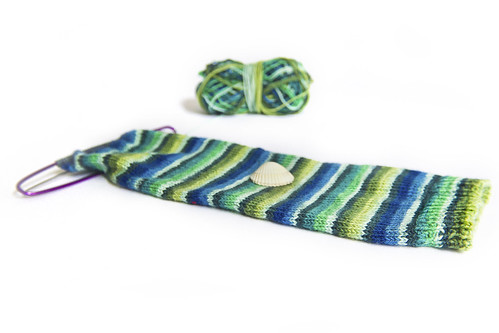 It was wonderful to re-set our clocks and stretch our legs down long beach walks with the tang of sea salt on our lips and matting our hair in the breeze that swept along the shore. It gave me time to think of those people that I have loved in my life and that are now sadly in the world no more, but also those who now make my life rich and meaningful and who care and love me enough to take me on a mystery break to somewhere that means so much to me. 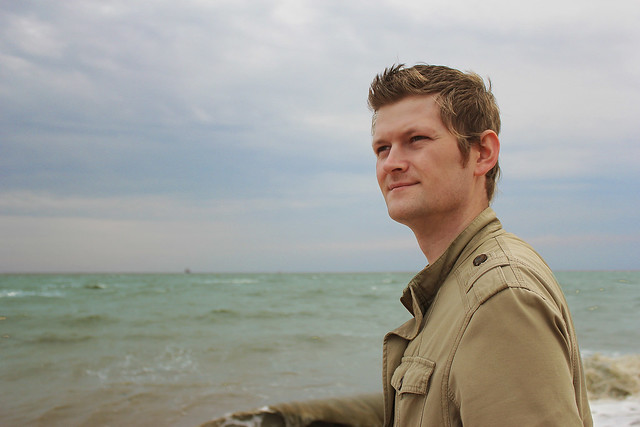 And as often with a break and relaxation comes a spurt of activity and creativity for me. I spent the evenings before sleep snuggled up with yarn and needles as finally inspiration arrived for a new pair of socks that I had been struggling with, wishing to make best use of the yarn. 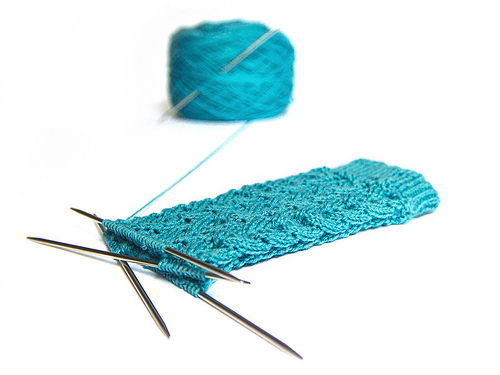 After a bright but choppy day on the shore, the beautiful blue hue of the yarn needed something of the sea on the patterning. I had been struggling to make this skein of yarn work as well as I wished it to with all of the various stitches that I tried, but the angular texture that I chose to mimic those crashing waves that we saw hitting the sea wall at high tide in Sheerness show perfectly in this solid coloured yarn, and will do even more so when the socks are blocked once the knitting is complete. 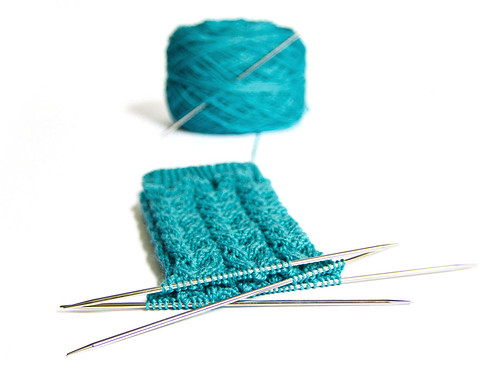 So thank you to Mr Awesome for helping me to re-set my relaxationometer, which has in turn allowed me to gain a new creative spurt in these few days away from the office, to enjoy the days of fresh sea air and sunshine. And thank you to Leysdown and Warden Bay for not changing. 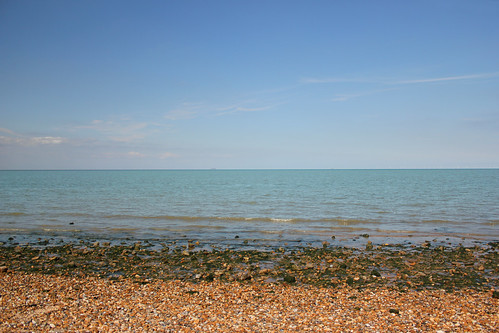 5 thoughts on “Socks And Seascapes”