Perfectly Matching Ends – Casting On And Casting Off Again 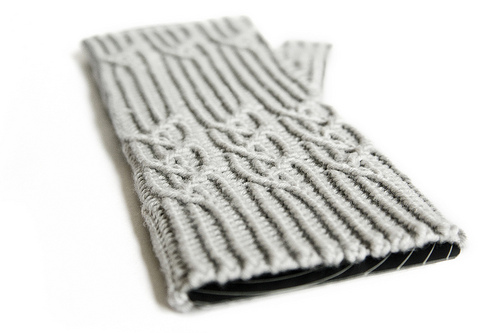 Some days in the office I feel as if I am working in Siberia. I’m sure it’s a common phenomena, but where I work the Air-Con Wars are particularly fiercely fought with the powers that be craving permanently Arctic conditions whilst the rest of us sit rigid with cold a lot of the time.

It affects me very particularly as I have suffered from Reynauds Syndrome for many years, a condition which is exacerbated in cold temperatures. I have on some days been left unable to work as I can no longer feel my hands. A workmate asked if I couldn’t just wear gloves whilst I worked, and though I would find those too difficult to type whilst wearing, a pair of fingerless mitts might just provide a bit of warmth to my hands (though I am not sure how well this will work as my fingertips will remain uncovered, but it is worth a try I think).

I have worked up a design for a comfortable and stretchy pair of fingerless mitts which should remain very flexible but hug my hands snuggly to keep as much warmth around my hands as possible.

Part of the challenge of making these mitts as comfortable and un-cumbersome as possible was maintaining the flexibility throughout the design, including the cast on and cast off edges. As the stitch pattern I was using stemmed from a 1×1 ribbing basis, I used the alternating cast on that I have recently been using for all of my 1×1 rib edges. 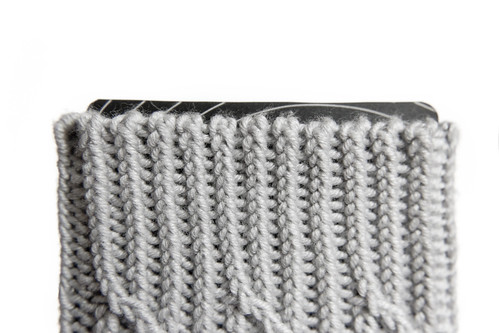 This edge is unobtrusive, beautiful and so, so stretchy. It stretches with and as much as the ribbing that it begins and returns to shape beautifully.

The problem remained, however, that I needed the cast-off edge to possess similar properties. The cast off edge would be the one that surrounded my fingers and ran around my thumb. I needed this edge to be comfortable as I would likely be wearing these mitts for a long time on days when they were most needed, and I definitely needed to avoid restricting the circulation further around my poorly digits. So, I spent quite a while yesterday evening hunting down, trialling and testing various cast offs until i found one that I thought matched the cast on most accurately. 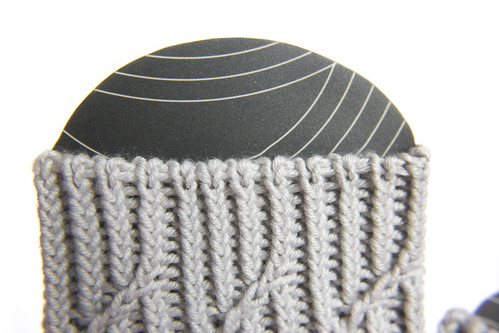 The edge is very similar in appearance and is equally stretchy. There are a few steps to executing the cast off, but they are fairly simple ones – however, it is one of those things that could probably benefit from a few pictures for guidance, so I will try and put that together in the near future as it is a simply fantastic way to finish 1×1 ribbing and would be a great way to end a pair of toe-up socks.

For now it is time to cast on the second mitten, which will be a perfect mirror of the first, because now I have the cast on and cast off edges looking like such a good match it would be a shame to lose that symmetry in the patterning of the mitts. The second mitt is now on the needles, so hopefully I will be sporting a new pair of knits not long after the Bank Holiday (or someone will knock that Air-Con control panel off the wall at long last).