Holiday Crafting And Shopping, Plus Some Wedding Knitting

I have been away from home for a little while as Mr Awesome and I took in the sights and sounds of Edinburgh, both as a much needed break from the day to day routine and also as a double celebration, of the two year anniversary of the day we met, which we marked on Monday, and also for yesterday which marks exactly one year until the day we get married (so, our first year wedding anniversary minus one, which we dubbed our one year anni-reverse-ary). 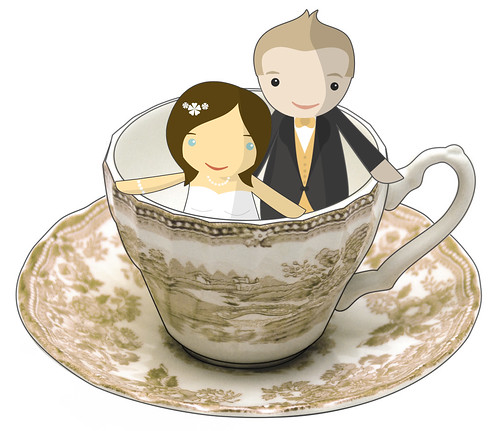 Edinburgh was bustling, lively, but above all – hot. We aren’t used to such extended periods of unrelenting heat in the UK, and they are expected even less as far north as Scotland, so the sock knitting that I took to accompany me on evenings spent in cosy pubs next to a possible fireside never really got a look in. I think I knit about ten rows over the course of the evenings were were there because I really wanted to get all wool and yarn as far away from me as possible.
We did make one little crafty stop-off in Edinburgh, to pop into McAree Bros Yarn and Haberdashery store in the new town. I have shopped using their online store a number of times, the last occasion being to source the Regia Extra Twist Merino 4ply yarn that I used to design my violet socks. 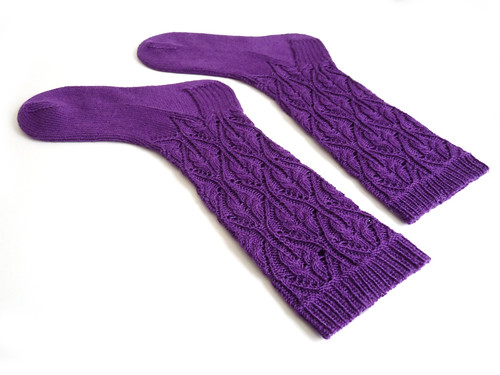 My experience with the online shop has always been prompt and exacting, so I thought that I might as well pop my head into the store to see what it was like, even if I was not on the lookout for anything. McAree Bros well exceeded my expectations, however. The shop, though small, was well stacked with many good quality yarns and tools. As the website has always seemed quite plain and perfunctory to use (with functions placed well before any flashy distractions or gimmicks), I was expecting the shop to be quite plain. It was, in fact, a little Aladdin’s cave. Sadly, I was not yarn shopping that day and had no intentions of spending my… 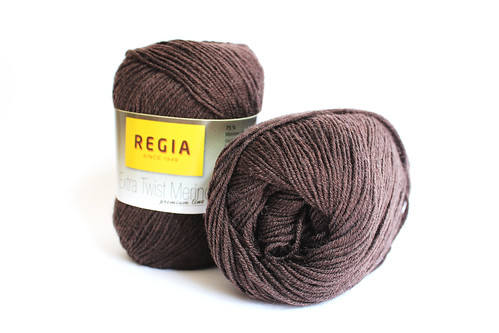 And then these two balls of that same Extra Twist Merino, this time in a subtle brown, jumped off a table and carried me off to the smiling lady behind the till. They justified themselves the whole time, muttering something about ‘sensible’ socks for Mr Awesome, but I was too busy looking at the rest of the yarn to listen.
Now that we are back home and there is officially less that one year until the wedding, I thought that some very lightweight knitting in the form of a lace wedding shawl was perhaps the order of the day, so after a long and thorough search on Ravelry I have settled on the Dew Drops Shawl by Bex Hopkins. Searching through the finished projects on Ravelry I spotted a beautiful beaded version by the lovely Mooncalf, which then sealed the deal – the added weight and glamour of the subtle beading making a beautiful object truly special. I have ordered some pearl white seed beads and have cast on the stockinette portion in anticipation of their arrival. 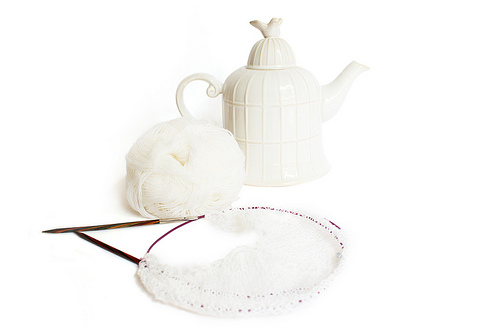 5 thoughts on “Holiday Crafting And Shopping, Plus Some Wedding Knitting”