A bit like Harry Potter, but not quite, this year’s Knitting & Crochet Blog Week is split into 4 houses. Don your favourite knitted or crocheted hat and let it guide you to which house you will be in.

The House of Bee: Bees are busy and industrious, but can flit from one interesting project to the next as bright and shiny things capture their interest.

The House of Manatee: Manatees are gentle, calm and cuddly. Relaxed and unflashy they represent the comfort and soft side of knitting and crochet.

The House of Monkey: Intelligent and with a fun loving side, Monkeys like to be challenged with every project presenting them with something new and interesting.

The House of Peacock: Peacocks take something good and make it brilliant. Buttons, embellishments and a bit of sparkle prove that perfection lies in the details – like a Peacock’s Tail.

So choose your house. You may be a combination of more than one of these noble beasts, but think about which house best embodies your qualities and declare your place. You can use one of the graphics above to display your house crest, if you like (though this is totally optional).

You could of course decide that you are so unlike any of these creatures in your style of crafting that you set up a rival faction and adopt your own house, though whether you get invited to the end of term disco remains to be seen, you rebel.

There is probably a little bit of each of these ‘types’ in most knitters and crocheters, but  I will always identify most with the curious Monkey. 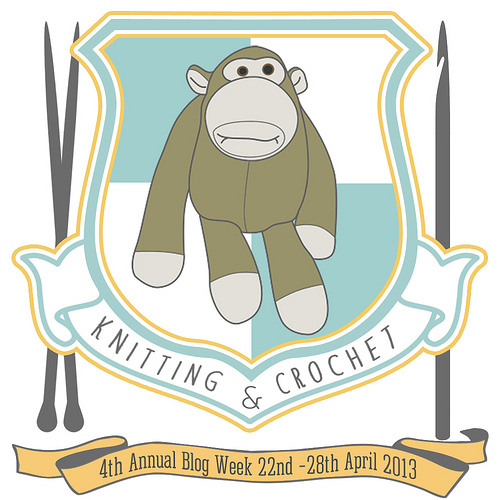 I like new challenges and learning new techniques and tricks which I seek to perfect and add to an ever-increasing skill set. Like any craft or area of learning, there is always something new to discover and another branch or technique to explore, try and get better at, and as both knitting and crochet have seen such a resurgence in recent years a new generation of people taking up these timeless skills have brought new ideas and developed new tricks, techniques and ways of working that keep fibre-crafts constantly evolving, so that there are always new things to discover.

One of the things I love to do most is to pick up a new style or technique in knitting. Since I first picked up a pair of knitting needles in 2008, five years ago now, I have tried to learn as many techniques and forms of knitting as I have found to interest me. Some I have found fascinating and so have used them many times since. Others have been interesting to learn but I have not found them ones which I have decided to use again – but I have gained knowledge and confidence so that should I ever wish to call on them in the future I have those experiences to look back on.

To try and remember a few examples I thought I’d review a few of my ‘firsts’. 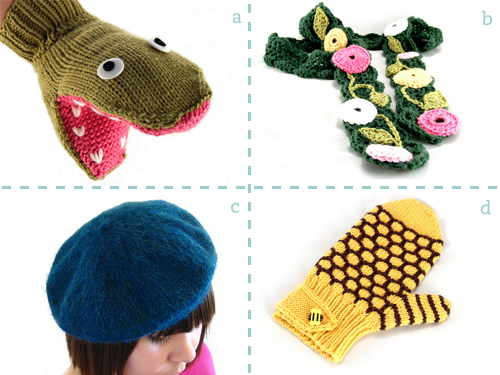 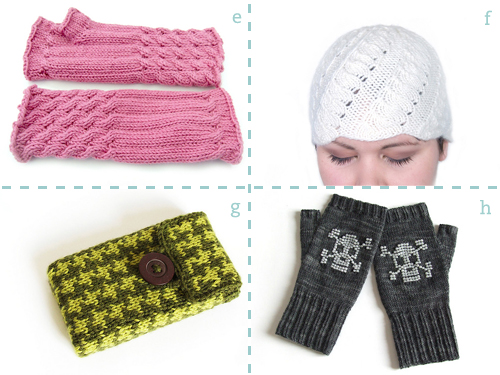 e: (September 2008) First cables.
f: (November 2008) I’ve listed this as the first project to contain lace, though it is very slight and not what you would really call ‘lace’, but nevertheless it is the first example of using lace techniques.
g: (May 2009) First stranded colourwork.
h: (October 2009) First beaded knitting. 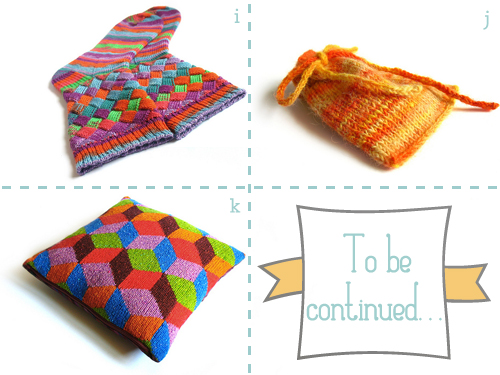 Some of these early attempts now seem quite naive and basic, but every new challenge has a basic starting point. I have learned many new skills since these firsts, but they have all tended to be more of the types of learning and refining new cast-ons or a new type of buttonhole, and I realise that I haven’t learned a new form of knitting in a while, and that is something that I want to work on.

Click here to discover more bloggers writing about this same topic, or search for the tag 4KCBWDAY1 using your favourite search engine.

25 thoughts on “4KCBWDAY1 The House Cup”