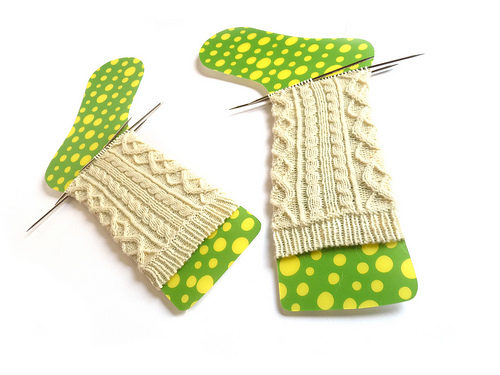 As one project hits the blocking mats, so another springs back to life. These are the socks that I was working on a little while ago, before I had a little craft and creativity inspiration ‘blip’ and my hands stopped working and my mind stopped enjoying, but now I can admire them in their WIP state, laid out on a new pair of sock blockers (another Ikea purchase, because I’m on a kick to re-purpose as many Ikea products as I possibly can, and these thick and sturdy placemats at 75p each were just too bright and cheery to walk away from).

I had been knitting these socks two-at-a-time on two sets of DPNs (knitting one pattern repeat on one sock and then on the second sock to keep them both progressing at the same rate) when I reached three repeats of each sock. Looking at the socks afterwards, however, I realise that I had actually knit three repeats on one sock and only one on the other, and still had a long way to go. What a disappointment to my technique of avoiding Second Sock Syndrome!

So, over the past couple of evenings I have brought that second sock, that slacker and its sloth-like progression right up to speed, and I am ready to knit me some heels! 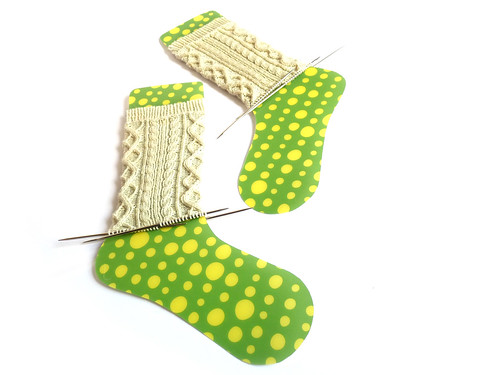 I love knitting the heels of a pair of socks – whether flap and gusset or short-row, or any other form of heel, just because they represent a change of pace and a (literal) turning point in the knitting. It’s onwards, and towards the finish line with these!