For Christmas 2012 Mr Awesome received, amongst many other cool and spectacular things, a board game called ‘Munchkin Quest’. If you do not know of this game, then the instructions are too long and varied for me to summarise the 20 page rulebook, but if you are really interested you can find it online here.

Assuming that you are not interested, what should be made clear is that this game consists of lots of pieces. In fact, if you add up all of the tokens, coins, counters and other items it comes to a perfectly round 500 little pieces of ‘stuff’, which are great fun to play with but hard work to sort out.

After the first game, Mr Awesome (being the practical sort) wanted something to keep all of the little pieces in, and asked if we could buy or make some little drawstring bags. We had a little look for something of this kind when we popped into Hobbycraft last week, but failing to find anything that wasn’t glittery and wedding themed proved impossible. But then we spotted these by the door: 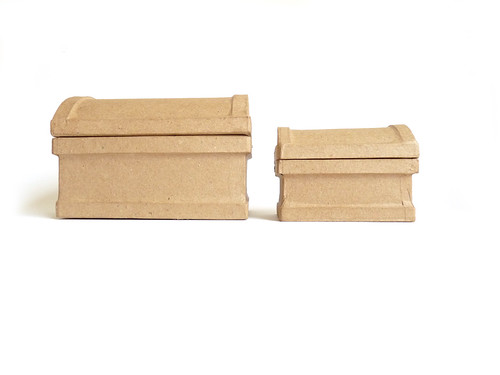 Two papier mÃ¢chÃ© jewellery boxes, priced between £1.50 and £1.75 each. We thought if we gave them a bit of a lick of paint they could serve as chests to hold some of the little gaming pieces.

They are quite sturdy little chests, so would serve well at holding and protecting all of the delicate and numerous tokens and games pieces that came with the board game. 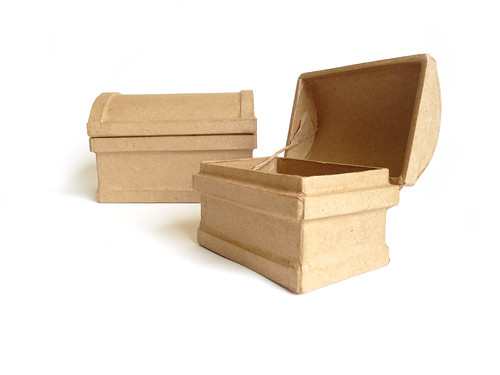 When working on these I wanted to give them quite an old, rustic feel with quite muted dark colours and masculine touches, so rather than bright gold treasure chests I wanted something that looked a bit older and darker in colour. 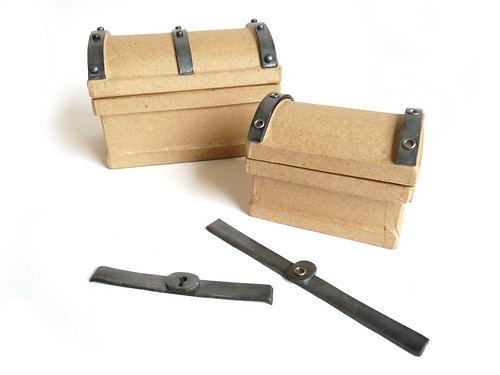 I started by using some black polymer clay rolled out into a thin sheet to make a few extra moulded details. I concentrated on the lids of the chests, adding a bit more dimension by using the clay for strapping. I also added little balls of clay to look like rivets and used a few metal eyelets on the small chest for detail, by just pressing them into the clay. For the smaller chest I also made a little oval lock piece which I cut a tiny keyhole shaped aperture into.

Before baking the pieces in the oven I brushed on  small amount of antique silver mica powder, to give the effect of aged and blackened metalwork. 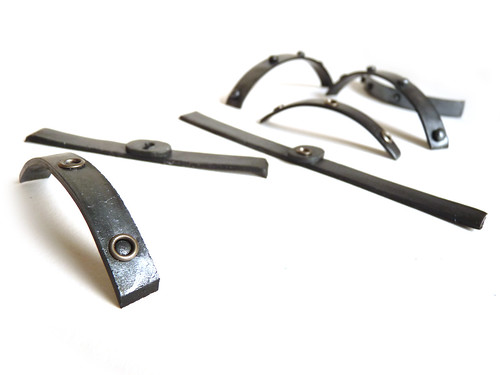 The pieces were baked on their cardboard chests to help retain the perfect curvature of the polymer clay to fit as closely to the lids as possible. 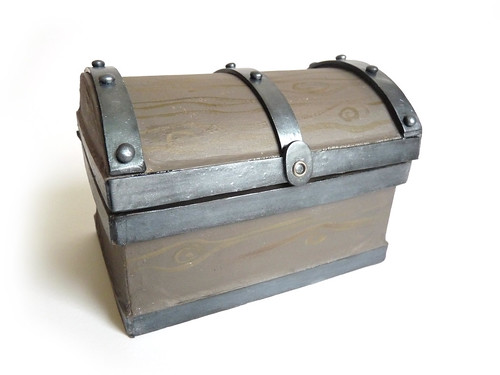 Once the polymer clay was cool all of the polymer clay pieces were removed and the chests painted a dull, muted brown. A dry brush was then used to give a little bit of detail to the aged wood effect by roughly painting on a few areas of wood graining and knots in the wood. 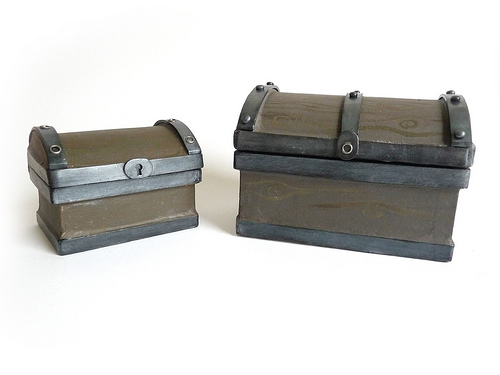 The polymer clay pieces were then glued back on using clear UHU glue, ensuring that everything was properly aligned and that none of the additions hampered the hinge action of the opening and closing lids. 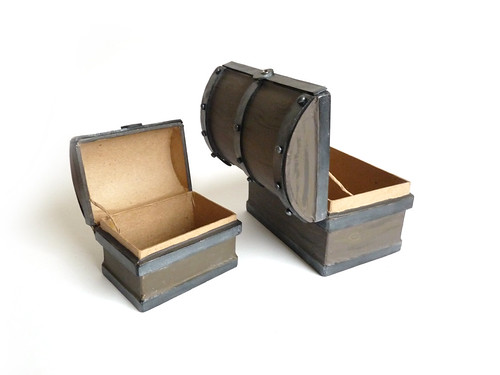 Further detail as then added using black acrylic paint, to highlight other possible areas of metalwork, to blend in with the areas of polymer clay. Brushing antique silver mica powder over these black painted areas whilst the acrylic paint was ever so very slightly tacky ensures that this matched the polymer clay additions perfectly. 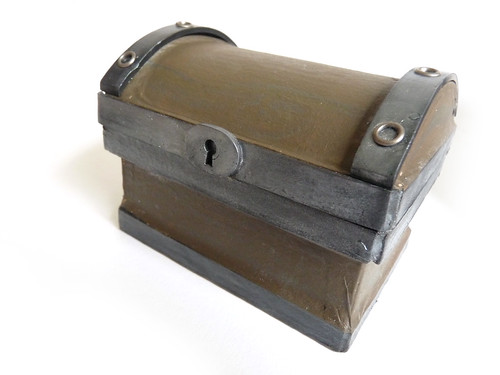 After a few hours the paint was fully dry and any little areas that needed touching up could be completed, as well as giving the area around the inside lip of the lid closure a thin coating of paint to make sure that the paler colour of the blank papier mÃ¢chÃ© was not visible when the chest was closed. 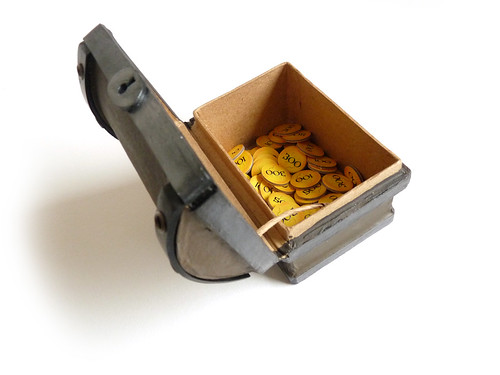 It’s a great fun way to add a little bit of detail to a plain box, and would make a fantastic secret treasure chest, secrets box or storage for jewellery and other trinkets, or would be the perfect container for chocolate coins at a pirate themed birthday party. For now, ours are just holding all of our Munchkin spoils…