The time has come, the knitter said, to think of many things,
Of warmth, and toes and lovely gifts,
Of needles and of string,
And whether I should knit a pair of awesome socks that zing. 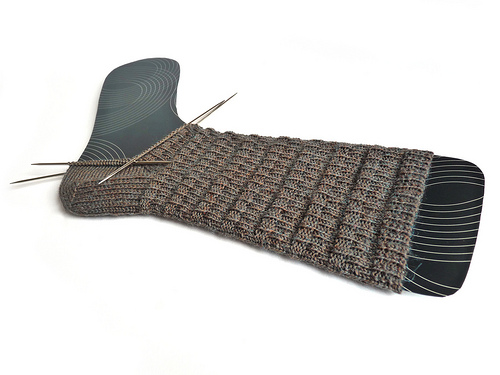 I decided it was about time that I addressed the epic task of knitting Mr Awesome a new pair of socks. Two things now stand in the way – they have to be boring man colours (he says they don’t – though last year he said that they should be black or grey, so maybe he has just come to accept that loving a knitter means that you can’t fight the use of colour with any success) and he has ginormous UK size 12 feet. Big old feet and many, many stitches.

A pair of stockinette socks would be the quickest way to go, but my goodness, what a boring task. I have thrown in a little added interest by the use of a simple stitch pattern. I’m also making these socks with a flap and gusset style heel, to see which he prefers between the fit of that heel in comparison to the short row heel that I used last year. 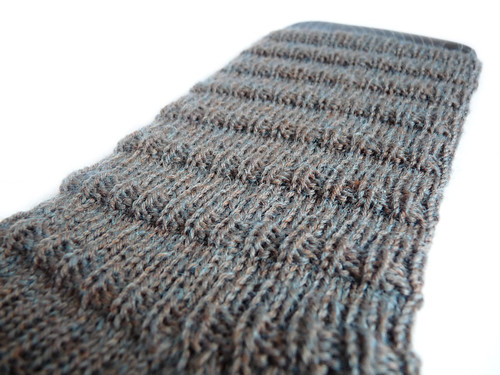 This yarn is the one ball of yarn that I picked up whilst shopping in York. I visited Ramshambles where I hoped to pick up a skein or two of souvenir yarn as a treat from my trip to that lovely city. Unfortunately, the store did not seem to carry any yarn other than the standard big brand ranges, so I settled with at least leaving with something that I knew I could put to immediate use. This ball of Wendy Mode is a standard 75% wool, 25% nylon blend, but the single ball of this yarn that sat on the shelves was a colourway that I thought would be perfect. Named Hawkshead, it is predominantly a hazelnut brown with a few teal fibres blended into the plies. It gives the appearance of almost a two-tone effect.

The combination of the easy knit and not-too-slow growth of the first sock is at least keeping my interest so far, though I will re-evaluate my feelings by the time I reach the heel of the second sock.

3 thoughts on “WIP: More Socks For A Giant Man”