This past weekend the nip in the air and a general feeling of tiredness and a need for something comforting meant there was nothing I wanted to do more than curl up on the sofa with some knitting. I had a rummage through the yarn that I had and emerged victorious with two balls of Rowan 4-ply, expectantly wound into two doughnuts of complimentary shades. 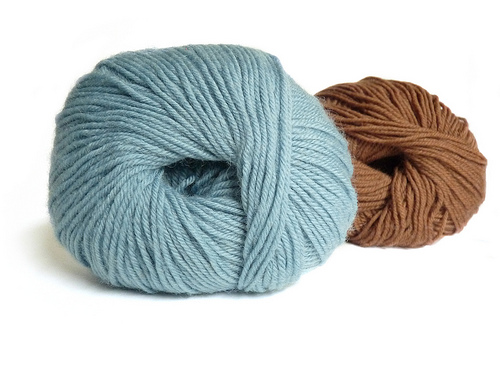 I immediately knew what I wanted to make with the yarn and an almost complete vision of a finished item spontaneously formed in my mind, so I seized my needles and cast on. And I knit. And knit some more. And then I stopped, because the idea that I had formed in my head just wasn’t forming on the needles. The piece I was knitting was too narrow for what I wanted to achieve, and it just wasn’t laying quite right. Slightly dejected I ripped out the little bit of work I had made and cast on for my second idea which, after an hour or so, also made its disagreement with my ideas quite apparent.

Some days things just don’t work quite the way you want them to, and you have to make the decision whether to persevere or walk away for a while. Because I was tired, and perhaps a little restless, I decided to abandon the little creative light that was beckoning me and to cast on something from a pattern, but again my inspiration abandoned me and left me staring forlornly at my needles.

Some days knitting from a pattern is the best thing in the world – to just sit back and enjoy the ride. This weekend though I had a rush of ideas swirling around my head that just refused to let this kind of knitting feel at all satisfying.

My ideas of what it is to be ‘creative’ in knitting have changed over the years. I used to think that knitting was one of the least creative of crafts, many people sticking to pre-written instructions and prescribed designs, but then I began to form my own ideas into knitted items and, later, written patterns, and I realised that knitting could be extremely creative if you had a vision and some technical know-how, but this was again a little naive.

Now that I have been knitting a few years I see that knitting is, for most people, very creative. I realise now that because although most people will knit to written pattern instructions and charted designs, there is a great deal of creativity in every choice that a knitter makes, from the qualities of the yarn that they choose to the colour(s) of the finished item, right down to the embellishments and very closures that the item is finished with. Traditional buttoned garments can be updated in look and function by substituting a zip. A green cardigan will look completely different if finished with small unobtrusive green buttons or decorative metal buttons, and different again if finished with a row of little orange glass buttons.

There are some knitters that will stick to the prescribed yarn for most of their knitting to help encourage a predictable result in their finished knits. Other knitters tend to knit patterns in the colours that they see the original pattern pictures photographed in, so strong do they relate the sample picture to the idea of the finished item, but there is scope for creativity at every step.

But this weekend, I needed to create something from scratch. I needed to, but I couldn’t. Those two little balls of yarn are still sitting beside me, looking forlorn and ever so slightly scornful. 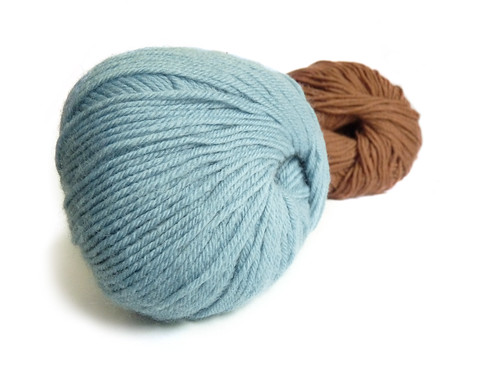 4 thoughts on “Knitting and Creativity”