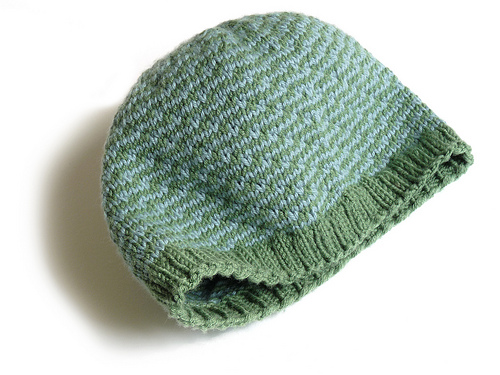 I’ve wanted to get some better pictures of my Marram Hat design for a while, but as I no longer have the original completed knit this simply hasn’t been possible. When the opportunity for a couple of nights of relaxed evening knitting arrived this weekend I decided to spend them quickly knitting up a new hat from my pattern. 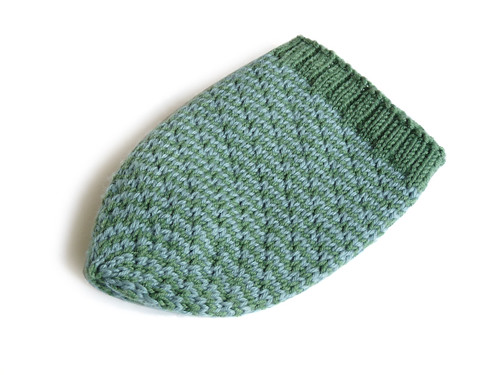 I love the way this hat looks in two different but similarly hued yarns. Knit in high contrast yarns the hat can have a really strong and bold look, but knit with two yarns that sit quite closely on the spectrum but with enough difference to be noticeable it allows the two different spiralling patterns: one formed by the spiralling rows of colour and the other formed by the slipped stitch pattern. These spirals come together at the top of the hat in the form of a wonderfully complex intersection, which though it looks very complex is very simple and so much fun to knit. 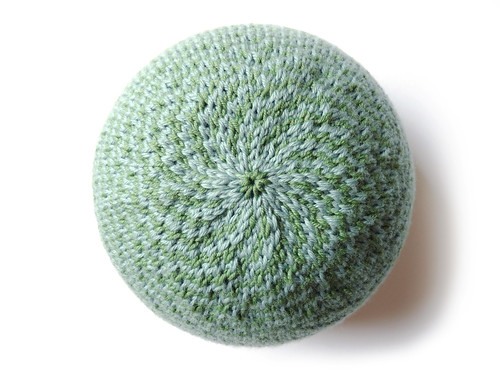 The main reason I have re-knit this hat, though, is to get a few decent modelled shots of it, which Mr Awesome has valiantly volunteered to model for. All that remains to be done is to block the hat and perhaps sew in one of those cute hand knit labels and get it on his head.