I saw a cute little greetings card on the internet which features a few different shaped flowers in pink, and thought it would make a quick and simple Mothers Day card. The original card called for punches and stamps and all sorts of fiddly card-making equipment which I don’t have, so I improvised a quick way around it. 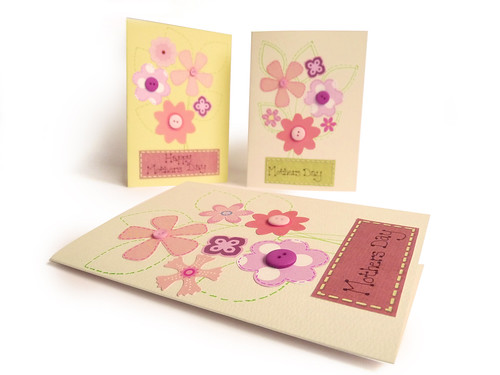 I created a leaf template from a piece of scrap card folded in half with a shallow 3cm curve  cut along it to give a simple symmetrical leaf. I drew around this leaf a few times with a fineliner pen with a dashed outline, and added some ‘stems’.

Next I cut a few simple flowers from scraps of pink and patterned papers. I used various flower shapes to create the flowers, cutting them free-hand, though you could make a template in a similar manner to the leaf template and use that as a guide. 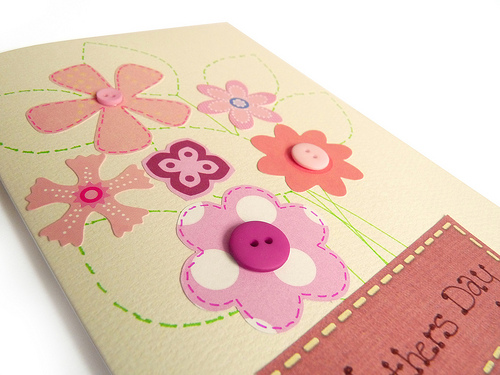 I stuck the flowers down, gave some of them a dotted inner border, and added a few pink buttons to the centre of some of them. I’d use UHU or a PVA glue for this usually, but as I couldn’t find it (I think it is in the hall cupboard, but I am not tall enough to see into or even reach up to feel around the top compartment) so I used superglue. I also found a couple of pre-cut flowers in pink so used them as a little extra decoration, though you could just cut more flowers. A simple written greeting on the front finished the cards off in about 40 minutes for all three, and that included the time taken to find my pink paper scraps and sort through them for the pretty ones. 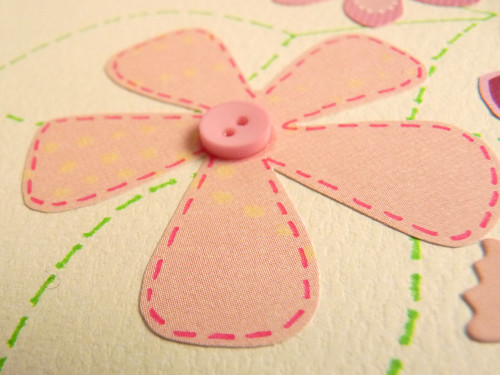 It’s a perfect simple card project for adults and children, and fantastic for anyone who might have forgotten that it is Mothers day this Sunday, but will also make a perfect Birthday card. 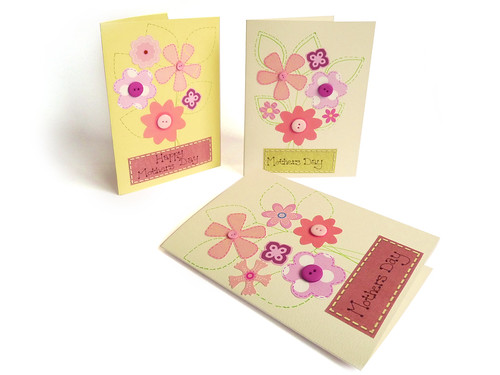