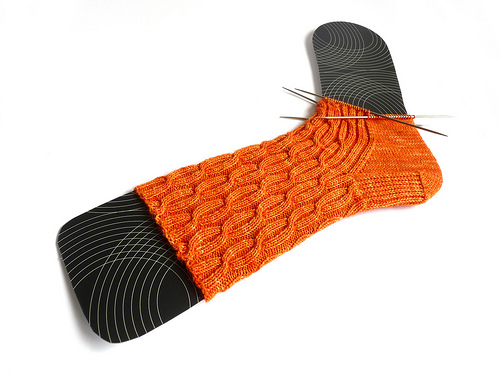 These socks were cast on at Christmas, a relief from the interminable delights of Strictly Come Dancing on Ice Factor. The socks carry an all-over cable pattern, which makes them visually quite arresting. I Love the impact these cables make, and also the lack of fuss in making them. They are not the fastest knit in the world, being worked over 80 stitches on 2.25mm needles, and being worked entirely (sole excluded) in the cable pattern which is based on a 2×2 rib repeat. 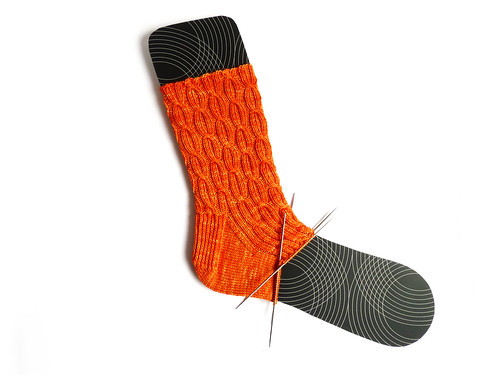 However, the cable pattern is worked over a 16 row repeat, half of the cables being worked every eight rows, and the cables do not travel, meaning that you only cross the cables every eighth row, so you get a lot of visual impact without much fussy cabling, which is even faster if you cable without the use of a cable needle.

I haven’t really picked these up since we returned from our Christmas trip, mostly because I had cast them on as a side project to keep me occupied whilst we chatted with family and in between board games and introducing the grandparents to The Princess Bride. I’ll get back to them eventually, but I think the order of action sees me completing the Magic Rainbow Socks first.