A Secret WIP And New Toy

Thank you for the well-wishes, everyone! I’m not sure if I feel a little better today or if I have just become used to being in pain, but either way I feel like I am able to give my needles a bit of a twirling, and as such I have cast on for a new project: 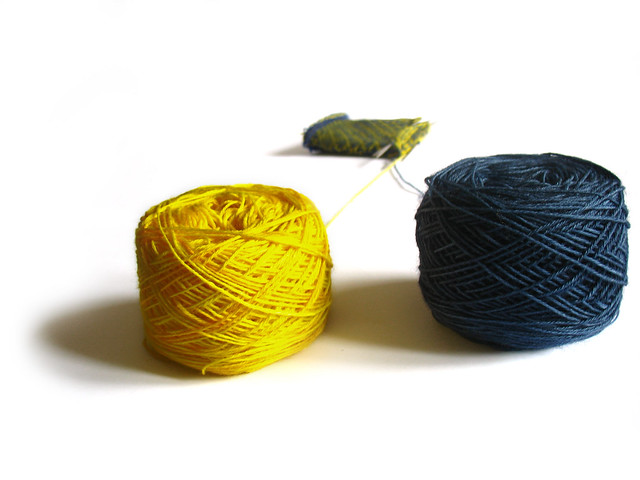 You can’t make it out all the way in the background there? A bit blurred? Well, I knew you wouldn’t be interested in my super-secret project when you could look at these two balls of yarn, wound on my all-not-quite-new Brother Jumbo Ball-Winder, for winding, er, jumbo balls…

Now, I have never had a desire for a ball winder until recently, as I have never found winding balls of wool by hand to be that much of an inconvenience. However, when my knitting buddy SmashingPuffin listed a ball winder among her tools I decided to investigate them and thought that it might be nice to offer buyers an optional ball-winding service so that their yarn comes ready-to-knit, should they wish it.

Talking of which I haven’t done a show and tell of my newer yarns yet, have I?

Eskimimi Knits new yarns
There are some new solid and semi-solid yarns, new hand-painted colourways and also a new line of ‘Twingles’ yarns, which consist of two 50g skeins of yarn separately dyed but made to work together and are great for striping, colourwork or for making two different but co-ordinating socks/mittens etc – whatever takes up your imagination. Some colouways (such as ‘Goldfish Bowl – have a guess at which of the pictures above is named that…) are a solid and semi-solid pairing, others pair a solid yarn with a handpainted skein – like Macaw: 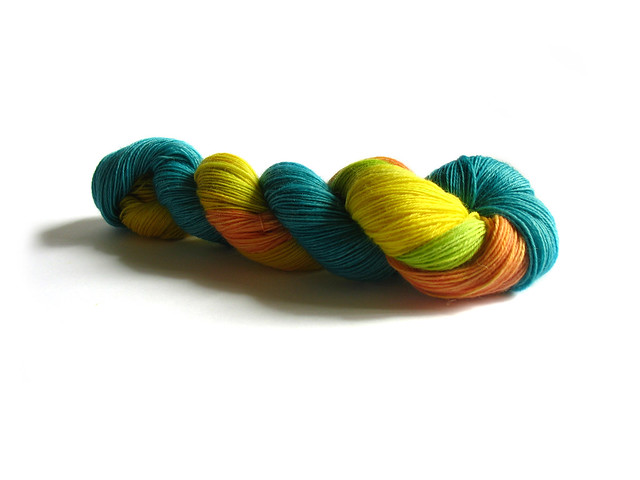 They come twisted together is a neat skein, but as you un-twist the skein into a loop it falls into two separate skeins of yarn and you’re ready-to-go. It is a Twingles yarn that I am using in the project at the top of the page, which you don’t want to read about when I can continue to wax lyrical about my Jumbo Ball Winder (for winding jumbo balls), I am sure. 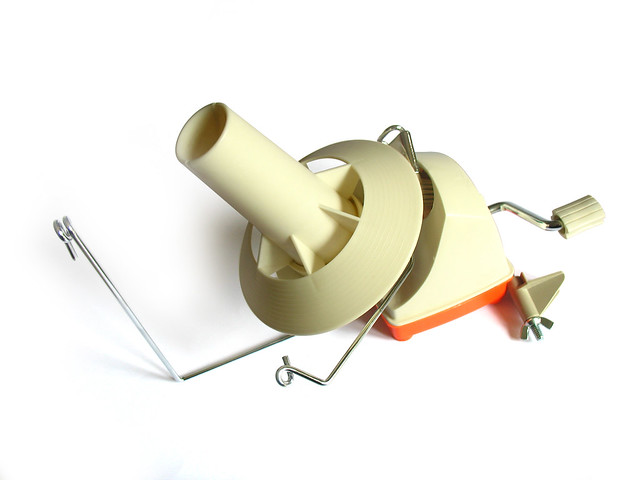 I didn’t need a Jumbo ball winder, but after some evilBay stalking for the last couple of weeks that is the one that appeared for the princely sum of £10, and that’s what turned up with the postman yesterday. Maybe it is the engineering instinct that is encouraged in people who were bought Meccano sets and similar toys, but it is rather joyous to find a relatively simple hand-powered machine that does a good job; and this does. I made it work its magic on some Koigu: 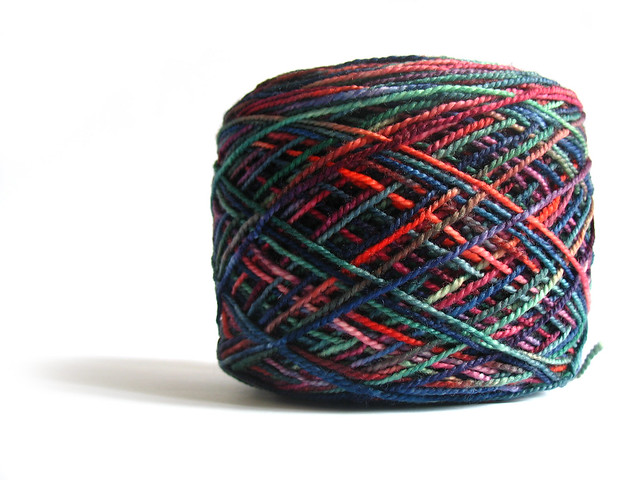 The very basic instruction leaflet that came with the Jumbo Ball Winder (for winding jumbo balls) said that it produces centre-pull skeins. Now, I have never actually used a centre-pull skein because I didn’t know that you could knit from the centre of the skein when I learned to knit and so just became accustomed from knitting from the outside of my ball of yarn. When I joined Ravelry, however, I read many people talking about how great centre-pull skeins were. The ball doesn’t roll around as you knit, it stops the yarn from getting dirty (this always confused me a little – my yarn doesn’t, as far as I am aware, get very dirty as I knit, but if the outside of the yarn were to get dirty I always imagined these centre-pull skeins of yarn producing yard after yard of pristine, beautiful clean yarn until the final, presumably filthy, outer layers.

Anyway, uncertainties about it’s usefulness aside, I have always been nervous of knitting from the centre of the skein in case I get to the last layers of yarn and find that the ball collapses into one giganto-tangle. I don’t know how it is possible that this won’t happen, but if people love to knit from the centre of the skein, and the ball winder tells me to do this, then it seems only right to give this a go with my new project (which I’m sure you do not care to read about…)

So, here’s to the Jumbo Ball Winder, for winding jumbo balls. 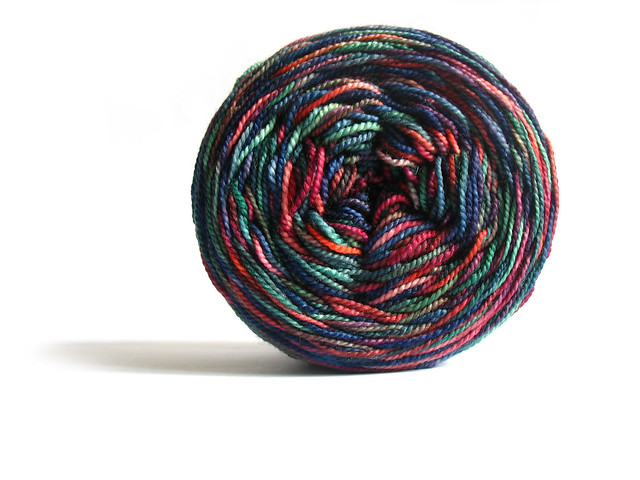 So now I am going to spend the rest of Sunday knitting that new project that I won’t bother you with details of.

Well, to be honest, it is a little bit of a secret project, because I’m not sure where I am going with it yet… I have left a few clues around and about the place, so if anyone pics up on these then I’d be mighty surprised. If it looks like it is going to go well I may give a few more indicators in my next post…