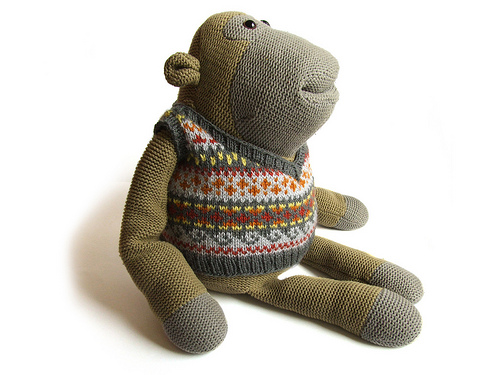 Giantmonk’s new fair-isle tanktop slid off of the needles yesterday. His new (very fashionable) tanktop was a quick and easy knit, though as I had never knit such a thing, nor had I ever seen instructions for a tank top, it was very much and exercise in improvisation. It was soon quite obvious that Giantmnonk is not made to, shall we say, ‘standard’ proportions. Narrow, far back shoulders and a rather rotund cuddly tum, this tank top is tailored to fit. It is haute couture. 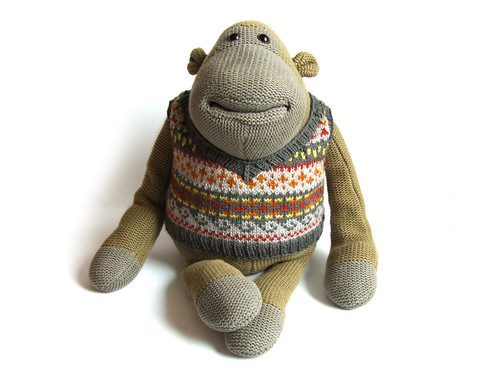 At 130 stitches around, Giantmonk’s tanktop ended up a perfect fit, with a very wide v-neck and small arm-holes positioned far back, where a Giantmonk’s shoulders tend to be, Giantmonk says that his new pullover is ‘very comfy and warm’.