A few weeks ago I took note that it was on it’s way. A small, almost whispering voice that told me not to leave it too late, that I should start preparing now, but obviously I told that voice straight back that it was ages away, that I had plenty of time. Yet, without notice, it creeps up on you whilst you have your back turned on it, until you look over you shoulder and it is staring you in the eye…
Huh? 30 days? But, but… that can’t be! It’s even worse than that as I actually have an operation and subsequent hospital stay between now and the actual day of gift-giving. Oh, and of course I will have to allow time for Royal Mail to lose all of my gifts as my entire family are scattered throughout the isles. Oh, yes, and I’m supposed to be seeing one of my sister’s on Monday, and I am supposed to bring gifts, etc with me then… The same sister who, three days ago announced how much she and her other half would like a scarf each. That’s OK – I have a couple of newly knit scarves! Hurrah! Oh, but you want one in white and one in black? But I only have green and orange.

Well, I made Squoffle for my sister 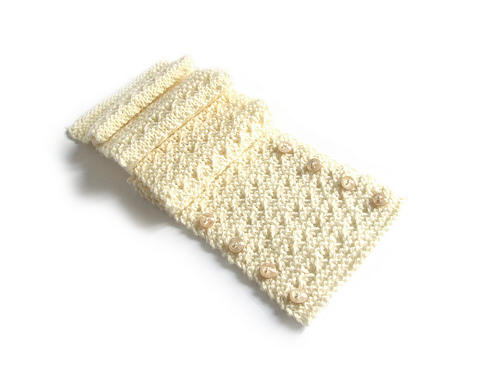 Which was a quick and easy knit, so that’s one knitterly problem out of the way, but as for her partner… I don’t have any black yarn, nor any money to buy any with, so I’m a bit stuffed as far as that is concerned, so I will push it to the back of my mind and pretend that the problem isn’t there. That always solves things.

Still. Looking at the tab I have organised my Christmas knitting under in Ravelry I haven’t done too badly. 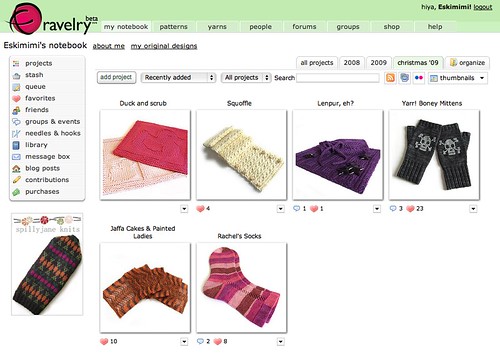 The thing that worries me most, though, is that these projects are all for the women in the family, and I realise that I have so far totally neglected to knit for any of the men. I’m going to try and knit a couple of hot water bottle covers to then felt for my brother and my brother-in-law, but as for my other sister’s boyfriend, I have no clue. I am going to see if I can gather enough yarn to make a pair of fingerless mitts for my mother’s husband, something to complement her Yarr! Boney mittens, but with half-fingers perhaps, and without the beading (I don’t think he would be that ‘into’ beads). I have no idea where I am goign to find the time or yarn for any of this from, but I shall just have to hope that an answer makes itself apparrent soon.