A couple of days ago I finished a scarf made from some yarn which had been hanging around me, ignored, since I started knitting.

A simple feather and fan scarf it was simple enough to knit, but exciting for the fact that it gave me my first opportunity to try and block some simple lace. I wanted to really open up the lace pattern so tried to block the scarf quite aggressively, and I’ve had some successful results.

The before picture, which I know I have shown you before, but it is useful for the comparison to show it again: 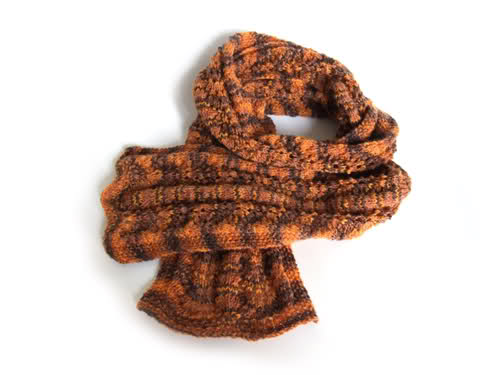 And the ‘after’ picture: 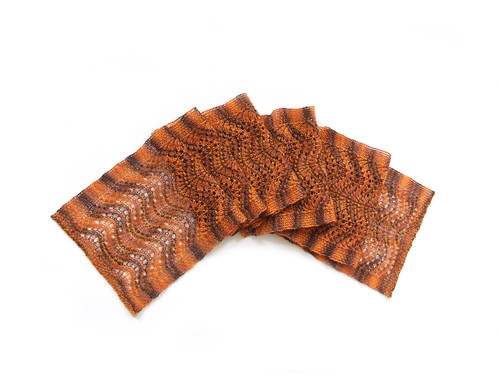 In lieu of blocking wires I used a technique that I’d heard mentioned once in which embroidery thread is run long the outside stitches and then that sturdy thread is held in place by the pins pushed into the surface upon which you are blocking the item. I’d really love to get some blocking wires one day, but at the moment an old skein of embroidery cotton provided a much less expensive alternative, and it seems to have worked very well. 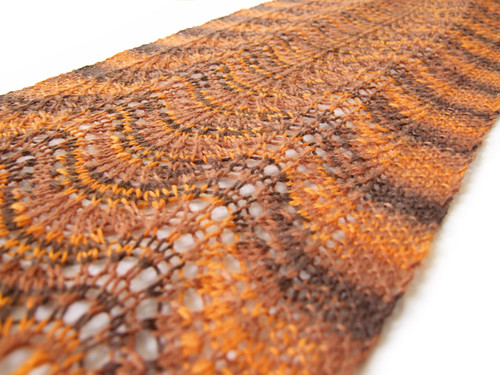 Considering the lack of trust I had in this skein of yarn I am not unhappy with the resulting scarf. 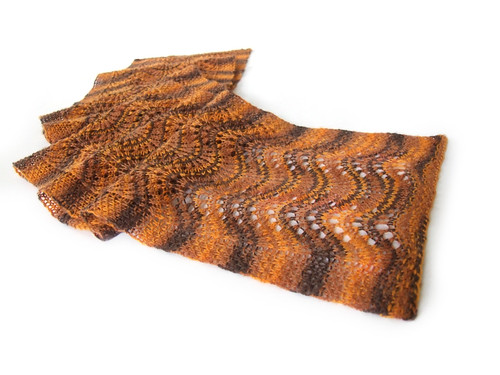 The colour settled into a striping sequence where brown waves of colour emerge from each side, looking not unlike tiger stripes, and although I might not choose to try and tame such a yarn again, at least the sequence stayed consistent throughout the knitting, which I am grateful for. 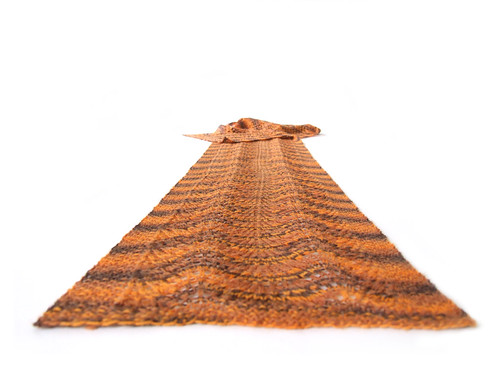