Spider Silk – Not Likely To Be Found In Your LYS 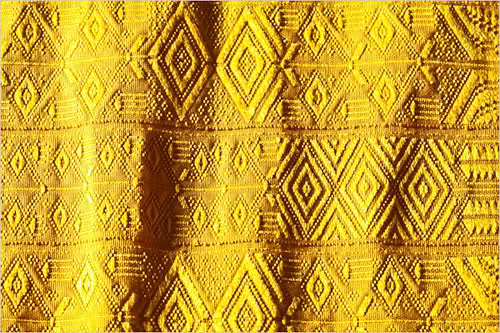 Those interested in the fibre arts are finding it easier to source ever more exotic fibres to run through their fingers and weave around needles and hooks, especially with the advent of the internet and the spread of knowledge about the beautiful yarns available to crafty folks. There are some real luxury yarns on the market, perhaps the zenith being the almost mythical Qiviut/Qiviuk – the downy undercoat of the musk ox. As light as air, as warm as a 1,000 tog duvet and with a softness you cannot imagine (or so I am told, at least… I am unlikely to ever get my pauper’s hands on any), this prized fibre seems to be the height of luxury, but is that about to be surpassed?

Simon Peers, British art historian, may have eclipsed the combers of must-ox bellies in seeking out the most unlikely and labour-intensive fibre-source. The beautiful golden brocade-like fabric above is in fact spun from spider-silk. Spider silk, in fact, that has been collected from a team of no less than one million Golden Orb spiders. Quite a feat, especially as the silk was collected from living spiders, harnessed together in groups of 24 whilst the end of their silk was gathered together and slowly extracted, being hand-spun and wound delicately onto a spool. Four strands of this 24-ply thread were then plied together to give a 96-strand yarn to use in the weaving of this magnificent cloth. It has been said that at no point in the weaving of the cloth did the spider yarn break, so no spit-splicing and no extra ends to weave in, at least.

There are plants to make a second cloth come next spider-season in Madagascar, where the Golden Orb spiders were harvested. It’s all but impossible to imagine that such a yarn would ever find its way onto the knitter’s market, but it is sometimes good for those who knit and crochet to stop and remember the sources of the yarns that we enjoy working with, and to remember what wonderful jobs the creatures that produce some of those yarns actually do in manufacturing their own thread creations. 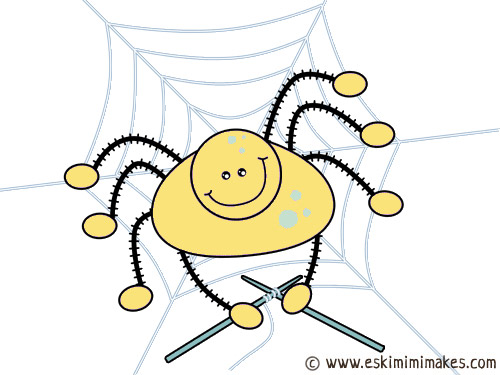