A Matter Of Wear and Tear

Not long after learning to knit I decided that I fancied making a pair of socks. They seemed to symbolise something old fashioned and intimate by way of affection. Nothing showy that I’d hope that others would and remark on, but rather just something that I would enjoy the idea and comfort of. Two things delayed me in turning this idea into an actual pair of socks:

The idea of spending the money on a skein of yarn (or two) to make a pair of socks at a price that would buy about 15 pairs of socks at a supermarket just to enjoy them for a single day before they started to disintegrate made me wince.

When I finally cast these fears aside and decided that there must be a reason why so many people enjoyed making socks and so I should give it a go anyway I knew that I would have to revisit the socks after a number of wears and washes to asses if they were worth the money and the bother. The fit is pretty much as they were when they were first completed. They have been machine washed a few times on a 40°c normal wash, and do not seem any worse for wear because of it. To my immense relief there appear to be no holes and no ends working loose as far as I can see after a close inspection. There is a bit of pilling at the back of the heel, which I suppose is to be expected as these socks have now had at least 14-18 outings in various boots, shoes and trainers. 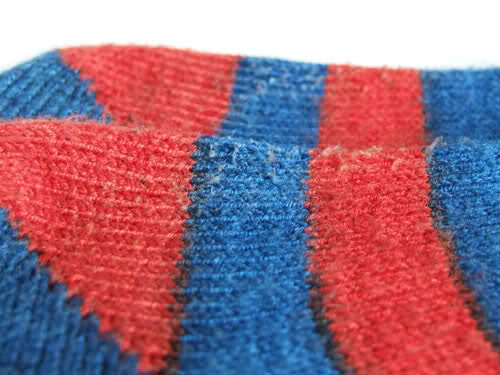 When I decided to inspect them properly today I was nervous of the state they’d be in, but I was pleasantly surprised. Apart from some minor surface bobbling, and a slight halo to the yarn, they were pretty much unharmed. 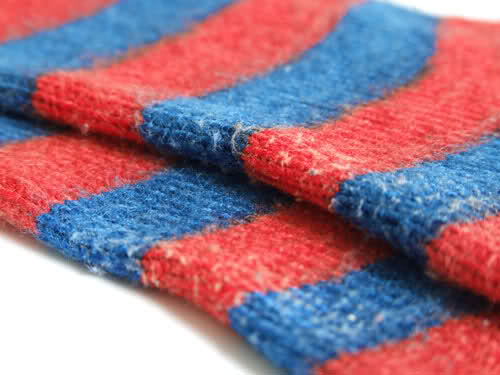