The Baktus scarf is finished and blocked. 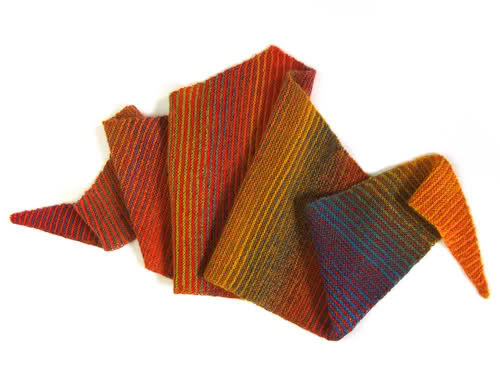 I was reading about the inspiration for the name ‘Baktus’ and found that Baktus and Karius are characters from a Norwegian children’s book – they are two trolls that live in the teeth, and Bactus is a play on words from ‘bacteria’. Anyway, thinking this scarf to be too pretty to be names after toothrot, I have called it ‘Regnbue’, which is Norwegian for rainbow. Made from a single 100g ball of sock yarn, this is a quick and inexpensive project that makes a lovely gift. To make the most of the yarn for this project you should have a digital scale to hand as this allows you to weigh the yarn in the skein as you knit until you have half of your yarn left, then you start decreasing which means you end up with no waste. 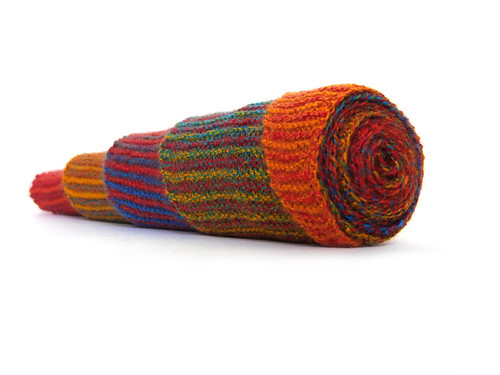 Made with a single ball of Schoppel-Wolle’s Crazy Zauberball (shade used: Little Fox), the completed and blocked scarf measures exactly 60″(153cm) in length and 12″ (30cm) at the widest point where I had increased to 86 stitches. I love it.