I was recently introduced to bamboo yarn when looking for some sock yarn that would knit into broad stripes of colour, and the yarn suggested to me was ‘Happy’ by Wendy. I’d never seen, let alone used bamboo yarn before, and as I was purchasing over the internet the package that arrived the next morning was a complete revelation. Soft, drapey and with a subtle sheen it was unlike any yarn I had so far worked with. Knitting with it allowed it to glide over the needles making knitting fast and comfortable, but these tactile and aesthetic positives aside, what else does bamboo yarn offer us?

There have been many murmurs lately about the benefits of different forms of yarn. As the world comes around to the reality of how we humans affect out environment, the sustainability of raw materials and use of organic processes have become buzz words in many areas of life, and the knitting world is part of this part of this shift in thinking. 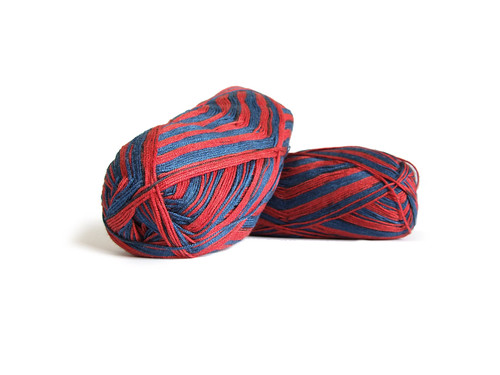 So, what are the benefits of bamboo yarn? Ecologically, bamboo is the fastest growing woody plant in the world, meaning that it is very quick to cultivate. In David Farrelly’s The Book of Bamboo it is reported that bamboo has been observed to grow as much as 121cm (approximately 4ft) in just 24 hours. It takes no pesticides to cultivate bamboo either, so it can, and usually is, grown organically. As for the consumer end of the bamboo trail, numerous health benefits have been claimed about bamboo fibre and the textiles created from it, though trials and experiments are still ongoing. Bamboo is said to be extremely absorbent – holding about 60% more water per measurement of weight than the equivalent in cotton. It also produces a very breathable fabric, allowing the body to stay cool and comfortable. Bamboo fibre is also believed to have antibacterial properties, allowing it to better deal with the microbes that cause sweat to smell. So – absorbent, breathable and it avoids whiffs? It would seem to be the perfect choice for socks and summer wear.

As for myself – I just like the feel of the yarn – both to knit with and as a finished garment, and knowing many people who dislike the feel of wool yarns against their bare skin, this alternative has been a wonderful discovery.

Author: Mimi
Filed Under: yarn
Tags: Eskimimi Knits
The trouble with colour
Are you a person of highly immoral fibre?