Beware of your bamboo, for it is rayon.

The Federal Trade Commission in America has this month issued a consumer alert regarding bamboo fabrics. Under the pun-filled title ‘Have You Been Bamboozled by Bamboo Fabrics?’ the article seems to be anything but a laughing matter. A lengthy discussion on the Ravelry Yarn forums gives some indication of the confusing nature of the recent missive issued by the FTC. Much of the confusion stems¹ from the uncertain wording of the ‘warning’:

…when it comes to soft bamboo textiles, like shirts or sheets, there’s a catch: they’re actually rayon.

So, all ‘bamboo’ textiles (and yes, I say ‘all’ because the FTC has declared that this is the state of all bamboo fabrics) they are actually rayon. So – what is rayon? Rayon is a cellulose fibre produced by treating various types of plant matter. It is often made from trees, but other plants, including bamboo, can be used as the base material for rayon. So, ‘bamboo’ yarn is made from bamboo that has gone through a process of rayonisation (you may find this to be a word that I have just made up). So, I think stating that ‘this yarn is not made from bamboo, but is instead rayon’ is like saying that an omelette cannot be both and omelette and ‘eggs’ – sure – it’s not still a little ovoid packed up in calcium carbonate packaging, but we understand where the origins of the omlette begin. So, when we are knitting we are not knitting with the raw product of bamboo fibres – OK, we understand that. In fact, the chemical processes that turn bamboo stems into rayon fibre may be quite harsh – it is hard to judge as information seems quite scant, and I have found no way of measuring the impact of any of these chemical processes upon the environment against, for example, the pesticides used when growing cotton. Nevertheless, the FTC want us to know what a service they are doing for the people:

The Federal Trade Commission, the nation’s consumer protection agency, wants you to know that the soft “bamboo” fabrics on the market today are rayon.

So, is that all there is to the FTCs announcement? Well, no. There seems to be some confusion regarding whether the ‘bamboo’ rayon yarns and fabrics on the market are manufactured from bamboo at all. 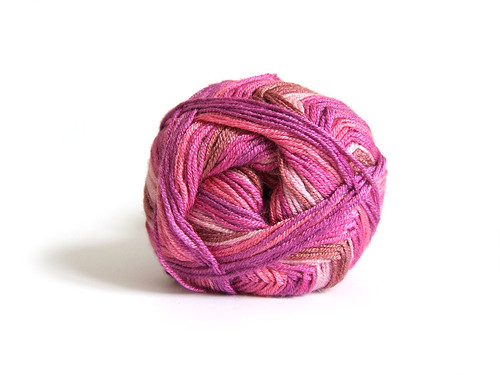 Some people have read the statement to mean that manufacturers of so-called ‘bamboo’ yarns aren’t in fact deriving their rayon from bamboo at all, but other plant sources. If the end product is pretty much the same thing, what difference does it make? Well, bamboo seems to be a more ecologically sound way of producing rayon as bamboo is a such a fast-growing and sustainable crop that requires no pesticides in its production. Two lines in the FTCs announcement does give a hint that this might be part of their concern:

Even when bamboo is the “plant source” used to create rayon, no traits of the original plant are left in the finished product. Companies that claim a product is “bamboo” should have reliable evidence, like scientific tests and analyses, to show that it’s made of actual bamboo fiber.

So, are they claiming that bamboo rayons aren’t actually produced from bamboo, or not? Well, the problem seems to lie right there – some people think this is exactly what they are claiming, whereas others think that the statement merely refers to the fact that bamboo yarn isn’t yarn spun from raw bamboo fibres but processed via (new made up word redux coming up) ‘rayonisation’. Here is the link to the statement issued by the FTC which should either help you make up your own mind or serve to confuse you more than I already have. The Ravelry thread² on this matter also makes interesting reading, if just to see how much confusion the terms used in the FTC’s statement have caused.

¹: Unintentional pun alert
²: A (free) Ravelery account is needed to access the forums, but you have one already, right?

Author: Mimi
Filed Under: yarn
Tags: Eskimimi Knits
Are you a person of highly immoral fibre?
A Matter Of Wear and Tear

2 thoughts on “Beware of your bamboo, for it is rayon.”